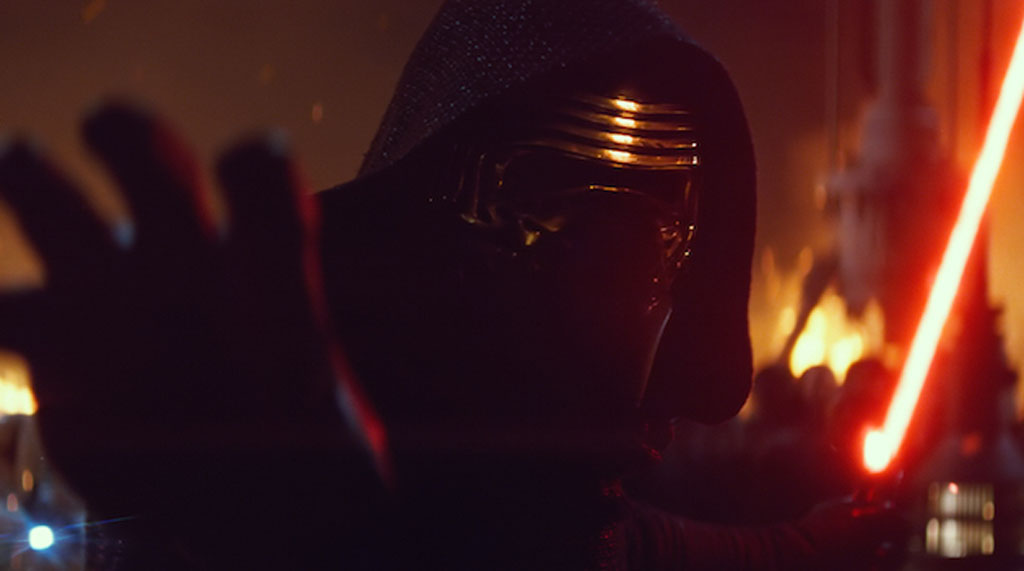 In the Near Future, Star Wars Will be Told in Virtual Reality

Virtual Reality is becoming a creative practicality for filmmakers and studios, as the technology is finally catching up to the ideas storytellers have had (for years) about how they would use the medium to give viewers an unprecedented cinematic experience. The Sundance Film Festival has included VR films in their New Frontiers lineup, with this year’s crop including American Bison, Kiya and Waves of Grace.

With this in mind, it shouldn’t be surprising that Lucasfilm and Disney are planning on taking Star Wars into the VR realm. They’ve been developing VR-based technologies that have already impacted their upcoming slate of films (Rogue One: A Star Wars Story, Star Wars: Episode VIII, etc), with future VR installments, so to speak, to be written directed by cream-of-the-crop talent and used as more than just tools for filmmakers and supplemental marketing for their films. We're talking about stand-alone Star Wars VR experiences that consumers will be able to purchase, much like the ticket you know you're going to buy to Rogue One and Episode VIII.

"Thanks to the coming of a new generation of Star Wars Films, ILM, Skywalker Sound and Lucasfilm itself are engaged in the creation and expansion of a universe on a scale that's never been seen before," says John Gaeta in this below video. Gaeta is the Executive Creative Director at Lucasfilm's newly launched ILMxLAB, and the creator of The Matrix's groundbreaking Bullet Time that revolutionized CGI 17 years ago.

As Peter Sciretta at Slashfilm explains, with the technological wizardry expanding at a rapid pace thanks to the work of ILMxLAB, the Lucasfilm Story Group has "mapped out the next half dozen years of Star Wars stories and beyond, and they are already developing experiences — some which will be available in VR, others in other platforms — that will intersect with the stories we will see on screen."

What's more, ILM says they've already got top filmmakers excited about plying their trade in this emerging medium, where the usual constraints of storytelling, pesky things like a single perspective and set dimensions, are suddenly malleable. With a full 360-degrees to work with, screenwriters and directors have a freedom that ILM says is attracting the best. As for the filmmakers at the helm of the traditional Star Wars movies, they've already been involved in aspects of these VR experiences, and will have the opportunity to connect their films to VR narratives. Imagine a scene in Rogue One, for example, with our heroes dashing through the under-construction Death Star in order to steal the plans that will ultimately led to the rebels crucial victory over the Empire. Now, imagine having to actually be in the Death Star as they make their daring heist?

What about telling an entire Star Wars story in VR? Once considered the cinematic equivalent of a moon shot, studios like Disney are becoming increasingly insistent that the day for the stand-alone VR experiences are coming. Disney has said they eventually hope for their Star Wars VR experiences to be more than just additional marketing for the films (think of The Walking Dead's "two-screen experience" they offer every episode as an example of content-rich, simultaneous marketing), but for these VR narratives to represent their own specific niche of the Star Wars experience, available to consumers to purchase.

Sciretta reports that ILMxLAB's technologies are already being used in the production process of the upcoming Rogue One and Episode VIII to help "visualize virtual worlds that will appear in their films." This means that instead of the usual approach where filmmakers use concept art and animatics to help envision the worlds they're creating, waiting to see the worlds fully realized in CGI in post-production, they can now "walk around a Star Wars planet that has yet to exist on film," using the VR technologies now available. It has allowed Rogue One director Gareth Edwards the chance to walk around his virtual characters as if they were right there with him. "I could see how this kind of technology would help a filmmaker like Edwards get a sense of how these new alien characters might look scaled next to the human actors in the scene," Sciretta writes.