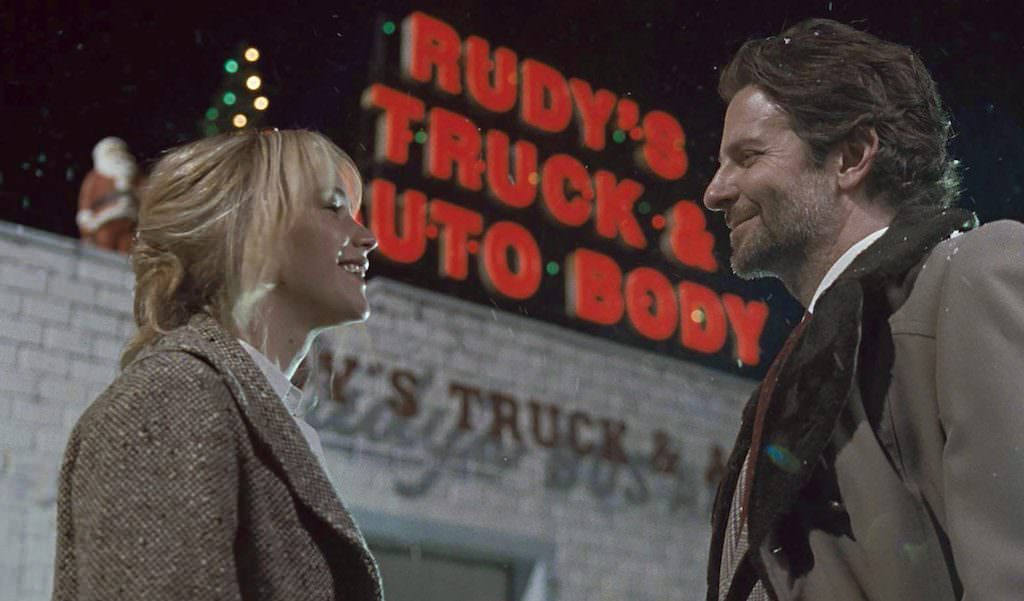 Behind every award-winning performance there is an editor, or editors, who play an integral part in shaping it for the big screen, and Jennifer Lawrence’s Golden Globe-winning performance in David O. Russell’s Joy is no exception. We talk to editors Alan Baumgarten and Jay Cassidy about the role of the editor and when it’s necessary to tell Russell to ‘go away’.

When you are working together are there specific roles that you take on? How does that work exactly?

Jay: Not really. As in, we don't split it up according to a comedic section, or a dramatic section, or a part that might have a different style to it. We really split it up somewhat organically and we just talk it through and, say one of us will start in this area, so the other one should jump quite a bit further away so we don't bump into each other too quickly. As we start to cut scenes, we build forward and continue, so we would do blocks that we would stick with pretty much all the way. Once we’re familiar with the original footage, although we all tried to watch as many of the dailies as we could, with David's material there's just so much variation and such a richness of detail and a variety of material that you need to study it quite a bit. You have to try different versions and alternates, so the more familiar you are with the one area that you stick with, the better. The longer you can carry that.

Does that process ever vary?

Jay: We did trade off here and there, and pass things back and forth, but we would also consult whoever had started that section and say, ‘I'm looking for something here.’ Not that we wouldn't go out ourselves and go look for it, but you might say, ‘I wonder if they might know right off the bat that this does exist and what the best way to do it might be.’ That would be very helpful, just to share ideas. It was gradual. We just split the movie up really however we did, and then continued.

What is that process of whittling down all the different variations you could go with and making those choices along the way? Is it something that David comes in and talks to you on a regular basis and then you show him different versions and he makes a final decision? How does that work?

Jay: The way David works is he's, as a storyteller, constantly retelling the story to us and, beginning in the script, he tells the story and he tells it to all of the associates, the actors, the studio, us. He kind of tells the story and it's part of his process. By telling the story, he kind of gets to what's important and what the essence of it is. That process continues through the shooting and then through the editing. He's constantly going back and retelling the entire story and then when we look at the film, we are able to kind of use that as the guide for how we're interpreting the telling of that story. If he were to evolve or nudge in one direction, in the nuance he's pitching and describing in more detail, we continue to steer it that way and rework it and finesse and refine it.

Do you have lots of different versions of scenes to work with?

Jay: In many cases, we would have different versions or alternates of scenes early on, based on levels and degree of intensity of performance. David would sometimes shoot scenes with a hot or medium or cool level of intensity, where characters are delivering quite fast or rapid, intense performance. Sometimes it's a more fragile, slower reveal of information. Sometimes you can mix or match, but often it's a matter of just doing a different version. Going one direction or the other, not being certain, is the great pleasure of working with David, we don't always know early on what will be appropriate at what point. We kind of evolve and find the best version for every moment and build the film.

That must be really creatively satisfying for you, because it's such an important part of the process?

Jay: Yeah. It really is something we enjoy- following the performances. How an actor is doing a scene really shows us in some ways how it should be paced or worked in terms of the rhythm—it's just a great gift to have.

I was talking to Joy’s production designer Judy Becker about the idea of the film being a fable rather than hyper-realistic. How do you approach that idea when you're editing the film?

Jay: I'm not sure. I think you sort of hear that, and then you say, ‘Okay, let's look at the material and let's make the scene real and play.’ Then those larger questions… you find out if you've achieved that as opposed to whether you're not trying to impose something upon the material.

Were there any parts of the editing process that were particularly challenging? What about the complete change of tone during the soap opera parts?

Jay: It was part of the initial idea of the film that she works out her problems in her dreams, and they happen to involve the characters in her mother's soap operas. We loved that. They were big challenges, because you're allowing this dream reality to kind of nudge behavior that's happening in the real world. We loved doing that, and fingers crossed that we were successful.

Alan: I don't think anything is more challenging than anything else necessarily. Just a big cast, which we enjoy and welcome to keep up with these creative ideas and new ideas that continue to evolve as we try things and find the best way to tell the story.

You obviously both have a good working relationship with David. What do you put that down to?

Jay: It's difficult to say. I liked his films before I ever knew him. When I first read Silver Linings, I liked the script, so our tastes overlap to such a degree that it meant that we would work well together. If you read Silver Linings and you didn't like it, you shouldn't be working with David. The same with American Hustle and Joy, the values he brings to the storytelling, if those aren't values that you want to see on the screen, you have no business being here.

Generally, what do you see as the editor's role in the filmmaking process?

Jay: As Walter Murch once said: "Take out the bad parts."

Alan: Yeah. Shaping the film, telling the story. It's such a tough question really.

Jay: Yeah. Our job is to serve the film, serve the director and add creatively everything we can. Also, it isn't like we don't get to try our own ideas and put them up for comparison, because we do. David appreciates that very much. Sometimes you just say, ‘Oh, I think I know how to do this,’ and ‘Go away, David,’ and you go put together some little version of whatever it is and you say, ‘Okay, now look at it.’ You've come up with an idea that was not immediately on the table.

Alan: It's a combination of being confident and having strong opinions and strong ideas, but also being humble and open and remaining that way throughout to know that it's the best idea that's got to win and be seen.

It's not about your ego?

Jay: Listen, that extends beyond this movie to just about any movie. Part of the art form is that it’s a collaborative art form.

Would you say that either of you have a distinctive style that is yours? How does that work putting your personal stamp on things when you are working collaboratively?

Jay: I think that's got to be like we're the wrong people to ask for that question because we're so involved in simply telling the story, we're not concerned with a personal stamp at that moment when you're doing stuff. In 20 years somebody will look at the Alan Baumgarten's work and say, ‘Hmm, that's his personal stamp, okay.’

Alan: I wouldn't be one to say that I have that. I'd like to think that at the end of looking at a scene or something that I've worked on in a movie or film, it seems right and it seems like it was easy, which I know it wasn't. When I say easy, I mean that's how it was meant to be. At the end of the day, that's how you want to feel, regardless of how hard it was, or what struggles went on, you just want to feel that that was the right way to do it.

Jay: That everything that's there was intended to be that way when you're watching the movie.