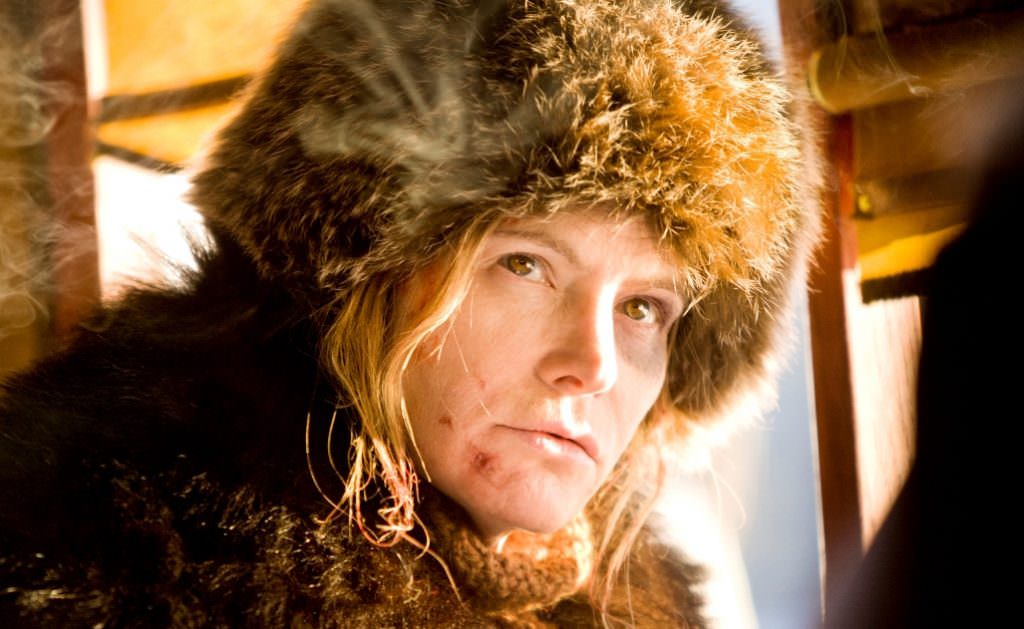 I Like the Way You Die, Boy: Tarantino’s 8 Best Villains

It’s no secret that professional provocateur Quentin Tarantino has one of the most twisted minds in the business, spawning some of the most vile (and violent) characters to ever exist on screen, with quirks and sadism aplenty.

Perhaps more unsettling is the knowledge that Tarantino’s cinematic worlds intersect, which means that Reservoir Dogs’ psychotic Mr. Blonde has ties to the menacing pawn shop owners Maynard and Zed of Pulp Fiction, and Mia Wallace’s swing-dancing drug aficionado has fascinating parallels with the cocksure villains O-Ren Ishii and Elle Driver intent on taking out The Bride in Tarantino’s swashbuckling Kill Bill series.

And while we won’t reveal which of The Hateful Eight have the most trouble hidden up their sleeves, here are our eight favorite villains who top the list of the most intricately bad characters Tarantino has ever penned.

NOTE: We’ve only included Tarantino’s writing and directing efforts, excluding favorites like True Romance and From Dusk Til Dawn, which were only written by Tarantino.

It’s a testament to the darkness of Tarantino’s vision that the aggressive gritty world of Reservoir Dogs could easily overlap with the similarly nihilistic world of Pulp Fiction, which sees the aforementioned Vic Vega with familial ties to John Travolta’s murderous Vincent. And while Pulp Fiction is populated almost entirely with villain types — even Uma Thurman’s coked out Mia Wallace is a dangerously free-wheeling vixen — there’s no duo more fearsome than Maynard and Zed, two redneck villains molded from the tradition of Grindhouse horror, whose predilection for large shotguns and other sickening forms of punishment make them the most terrifying villains this side of the horror genre.

Emerging from the ever-underrated Jackie Brown, the only Tarantino film belonging to a world of its own, is Samuel L. Jackson’s charmingly psychotic Ordell. The kind of cold-blooded boss who makes a practice of boosting his employees from jail only to off them once they’re freed, Ordell has a shortage of affection for anything livelier than his beloved AK-47s. Sworn enemy of rogue employee Jackie Brown, Ordell is a boss with a short fuse, lots of ammo and the perfect man for the job when you’ve “absolutely, positively got to kill ever motherf***er in the room.”

Made as part of a Grindhouse double feature with Robert Rodriguez, Tarantino’s Death Proof is a love-letter to B-movie schlock and exploitation films like Faster, Pussycat! Kill! Kill!, but with some appropriately deadly Tarantino punch-ups. Kurt Russell stars as a stuntman-cum-serial killer, whose favorite kind of evening out is running down beautiful girls in his revved up death-mobile. One of Tarantino’s only clear-cut villains, Stuntman Mike is largely notable for his colorful personality and totally insane weapon of choice. Who knew Kurt Russell in blue silk could be quite so imposing?

Taking a cue from Mia Wallace’s failed television pilot for Fox Force Five, Kill Bill Vol. 1 introduces “Japanese Fox” O-Ren Ishii, the queen of the Tokyo underworld and a kung-fu master with a flair for the dramatic (and the razor-sharp). An accomplished fighter whose extensive training culminates in a samurai showdown for the ages, O-Ren Ishii swears and slices her way through her opponents with vicious precision, until Uma Thurman’s “deadliest woman in the world” has something to say about it. Equipped with a fascinating backstory and a quick wit, O-Ren Ishii makes the most of her limited screen time, chopping down insolence as easily as she lops off heads.

Connecting to the world of Kill Bill via an unassuming grave, Django Unchained offered Tarantino a chance to craft one of his most ghastly villains in Calvin Candie. Played by a uniquely sadistic Leonardo DiCaprio, Candie stands alone as the first villain Tarantino could hardly bear to write. Striking a perfect unsettling balance between quietly genteel and violently ready to blow, Calvin Candie is one of the most barbarous villains ever conceived of for the screen, a monster handsomely outfitted in a meticulously mannered exterior.

Clamboring out of the world of Kill Bill alongside O-Ren Ishii is Daryl Hannah’s brilliantly malevolent Elle Driver, a perfectly packaged readymade villain, complete with devious disguises and a surprisingly catchy whistled theme. Marred with the loss of her right eye due to her insolence in the face of the kung-fu master Pai Mei, Elle Driver is one of Tarantino’s most sadistic, killing for sport and most importantly, revenge. The kind of blithely death-dispatching villain whose predilection for toxicology betrays her own venomous persona, Elle Driver’s slithery nature gives her code name “California Mountain Snake” plenty of extra bite.

If you remember anything from Tarantino’s debut Reservoir Dogs, it’s certain to be the notorious ear-cutting scene, which pits Mr. Blonde (real name Vic Vega) against hostage cop Marvin Nash in a painstaking torture scene involving a wayward razor blade and a liberal dousing of gasoline. Understatedly played by the frighteningly convincing Michael Madsen, whose compassionate understanding for the perils of waitressing don’t seem to extend to members of law enforcement. Initially just another member of the color coded gang, Mr. Blonde proves to be the scariest kind of psychopath: a silent one. You’ll never hear “Stuck in the Middle With You” the same way again.

Tarantino has cited the cold-blooded “Jew Hunter” as possibly the greatest character he’s ever written, and while the director is hardly known for his modesty, it’s hard to ignore the perverse charm of the absurdly off-kilter Hans Landa. A mercenary with a predilection for violence, destruction and cruelly methodical justice, Hans Landa is a disturbingly comic villain whose affection for butchering American expressions goes hand in hand with his predilection for dismembering those he’s sworn to exterminate. Executed with amiable ease by the Austrian wunderkind Christoph Waltz, Hans Landa embodies the strange moral complexities of Tarantino’s best villains while remaining unquestionably one of his most sadistic. And that’s a bingo.