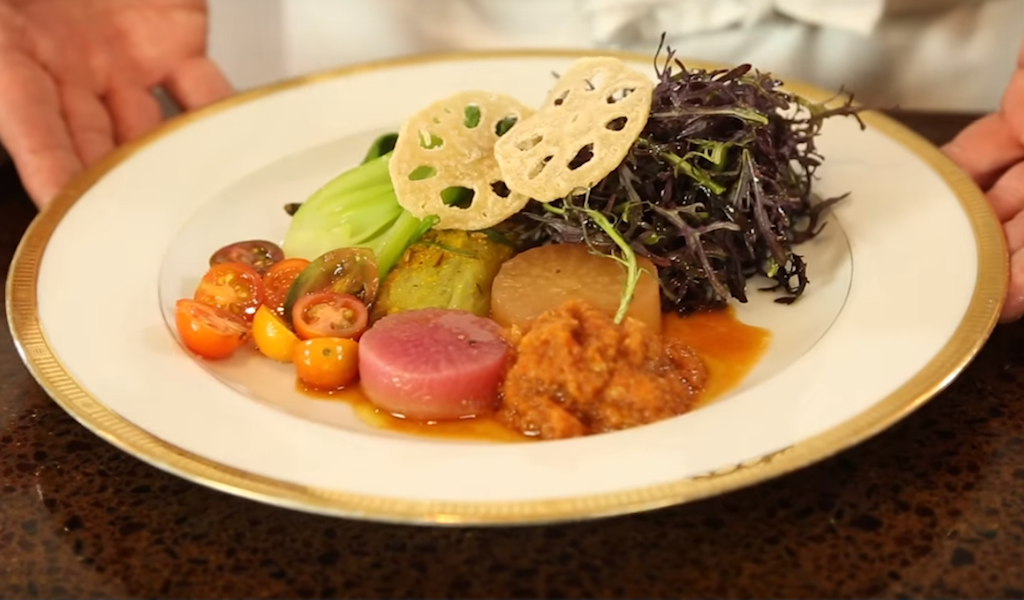 The award season is officially kicking off this Sunday, January 10th, with the 73rd Annual Golden Globe Awards. The question is not only who will win, but what to serve? As we are all still recovering from New Year’s (and our short-lived health resolutions), it is tough to come up with just the right offering for our very sated guests.

The chefs at the Beverly Hilton Hotel share your dilemma. They have announced the menu that will be placed in front of Hollywood’s elite. Hotel Executive Chef Troy N. Thompson has revealed the stars will be served a three-course meal featuring beef and trout, accompanied by a salad of vegetables and Asian flavors.

You can prepare at least one of the items of the meal by following Chef Thompson in his preparation of the sumptuous appetizer of a trio of eggplant, bok choy and daikon with lotus and mustard greens and a ginger dressing.

The most anticipated offering of the night will certainly be Pastry Chef Thomas Henzi’s trio of desserts – “a chocolate caramelito, which is a chocolate mousse on a flourless cake with rum Marnier…a lemon mousseline with a pistachio center that’s formed into a round, gold ball… and a California almond cake.”

Okay, perhaps this might be a bit much for you to whip up in your kitchen, but we would love you to share with all of us what you will be serving.