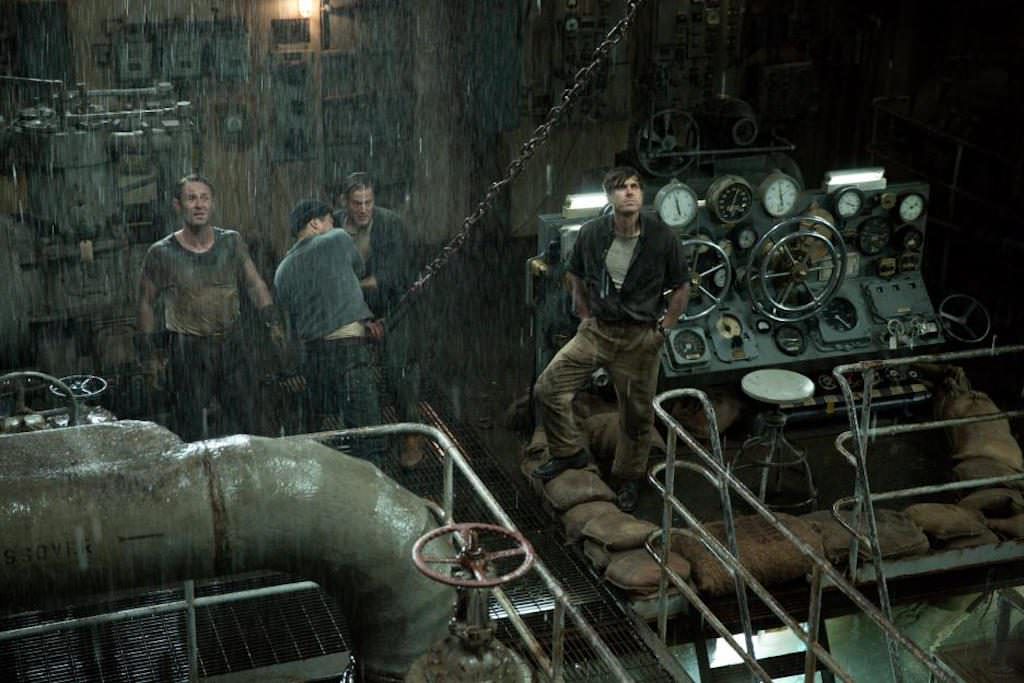 Over the years, there have been countless films about great rescues or rescue attempts. From the highly-acclaimed The Ten Commandments in 1956 (which portrayed Moses’ rescue of the Egyptian people from slavery) through the 1977 classic sci-fi film Star Wars (which featured Luke Skywalker fighting to rescue Princess Leia from the grip of Darth Vader) to the 2015 drama The Martian (which chronicled the attempts to rescue an astronaut on Mars), rescue movies have been a cinematic staple for decades.

This Friday, The Finest Hours is the latest drama to focus on a heroic rescue attempt—an a real one, to boot.

The film tells the true story of a 1952 Coast Guard rescue off the coast of Cape Cod. Andy Fitzgerald was one of the men who helped rescue crew members from the SS Pendleton, a ship that was on the verge of sinking. According to The Boston Globe, “Fitzgerald was one of four Coast Guardsmen who left Chatham in a 36-foot wooden boat, at night in a blizzard, and in the teeth of 60-foot waves, to rescue the crew of the SS Pendleton, an oil tanker that had broken in two off the elbow of Cape Cod.” The Finest Hours, which has been adapted from the nonfiction book about the ordeal, showcases the inspiring story of the Coast Guard’s work that cold and dreadful night.

In preparation for the film though, we’ve prepared a list of five great rescue films you should see before you check out The Finest Hours. Because this new film was adapted from a true story, I tried to focus the list on films that were either based on true stories or inspired by actual events.

Oskar Schindler was an unlikely hero. He was a wealthy German businessman in the late 1930s and a member of the Nazi Party. However, when he realized what the Nazis were doing, he rebelled against the party and sought to rescue as many people as possible from the Nazi genocide. By arguing that his Jewish employees were needed at his factory, Schindler was able to protect them from being sent to concentration camps.

In this 1995 drama, director Ron Howard reminds viewers about this ill-fated Apollo journey.

According to CNN, “NASA's Apollo 13 was slated to be the United States' third lunar landing mission” but “was aborted after the service module oxygen tank ruptured.” That was only the beginning of the difficulties the crew had to face. The entire ship was damaged and for days, the American people didn’t know if the brave astronauts would ever be able to return to Earth.

Starring Tom Hanks, Bill Paxton and Gary Sinise, Howard’s film emotionally captured NASA’s attempts to rescue the crew, who had effectively been stranded in space. The film became a critical and a commercial hit and went on to win both best editing and best sound at the Oscars.

This 1998 Steven Spielberg war film wasn’t based on a true story but it was reportedly inspired by one.

According to History.com, the United States set up a policy in 1942 called “the Sole Survivor Policy to protect remaining family members from combat duty” after their siblings were killed during their service. The film “was partially inspired by the real-life story of the Niland brothers.” After two of the brothers were killed during World War II and the third one went missing, the remaining brother “Sergeant Frederick ‘Fritz’ Niland, a member of the 101st Airborne… was sent home to Tonawanda, New York.“

Using the fictional Ryan family to tell his cinematic story, Saving Private Ryan screenwriter Robert Rodat crafted a screenplay about a group of U.S. soldiers who were tasked with bringing home Private Ryan, a veteran whose brothers had been killed in combat. In telling its story, Spielberg powerfully depicted the Normandy landing and the heroic nature of our nation’s best. The film is generally regarded as one of the best war films ever made and earned Spielberg his second best director Oscar in addition to the film taking home the awards for best cinematography, best sound, best film editing and best effects.

A simple-sounding mission in 1993 to arrest two corrupt officials in Somalia led to a rescue operation that later became known as Black Hawk Down.

According to NPR, “on Oct. 3, a special ops team was sent into Mogadishu to arrest two top lieutenants of the warlord Mohammed Aidid, who controlled the city.” When the ops team landed in the city though, they were immediately attacked by locals and two U.S. helicopters were shot down, leading to a massive street standoff where American soldiers were trapped under fire and in the midst of chaos.

Oscar nominee Ridley Scott directed the 2001 war film about the battle. The feature brutally showed how U.S. soldiers were pinned down and attacked on the Somalian streets. While some soldiers were murdered and dragged down the streets, others managed to make it out alive through a heroic rescue attempt. Journalist Mark Bowden told the story in his book Black Hawk Down, which was eventually adapted into the powerful film. The film went on to earn commercial success and four Oscar nominations, taking home the awards for best film editing and best sound.

In 2012, director Ben Affleck told the story about a rescue mission in Iran in Argo, his third feature film.

The film, which was based on a once-classified true story, showed how the CIA helped rescue a group of U.S. diplomats who had been hiding for three months after their embassy had been overthrown by violent demonstrators. These diplomats had escaped capture and were hiding out in the homes of Canadian diplomats. According to NPR, “In 1980, a CIA agent named Tony Mendez sneaked into Iran and spirited away six American diplomats who were hiding with Canadians.”

After posing a filmmaker (who was hoping to film a new movie in the country), Mendez infiltrated Iran and helped rescue the diplomats. The film about this rescue attempt received great acclaim and eventually went on to win best picture