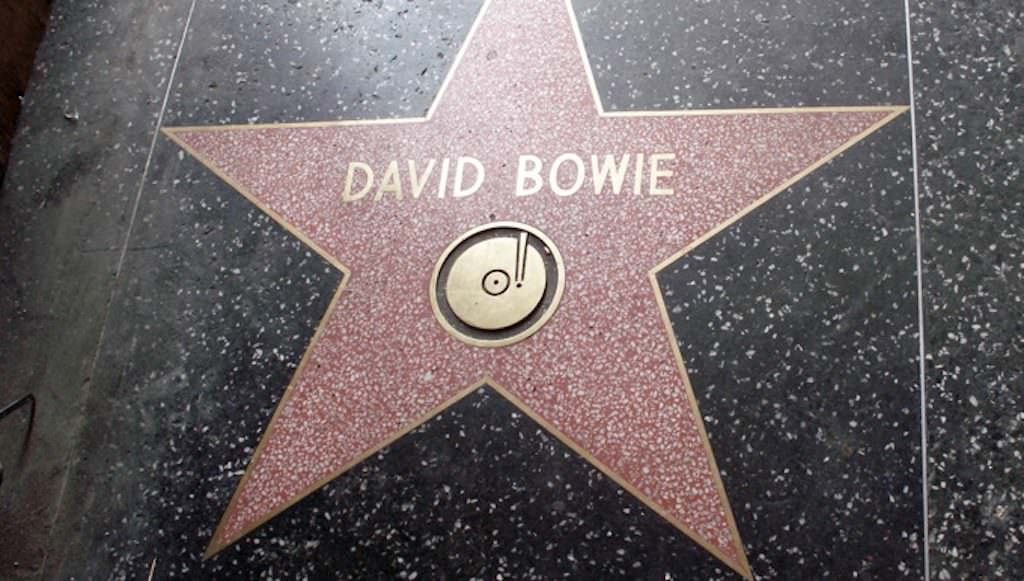 As we wrote earlier, the world is reacting to the death of legendary shape shifter and artist nonpareil David Bowie. Read his New York Times obit, revel in this incredible animated illustration by a young illustrator named Helen Green that honors the greatest chameleon of the modern era, and check out this video for his last release, “Blackstar,” which came just this past Friday, January 8th, Bowie’s 69th, and final, birthday.

The film world is also mourning Bowie. Slate’s Jessica Winter published this close look at his film career in 2010, which has been republished today, and IndieWire’s Sam Adams put together this roundup of all the film outlets paying homage to Bowie’s impact on cinema, including a slew of anguished, loving Tweets from filmmakers like Guillermo del Toro, Edgar Wright and Bowie's son, filmmaker Duncan Jones.

On a lighter note, did you happen to catch Aziz Ansari’s incredible sight gag last night at the Golden Globes? Here it is in case you missed it:

Speaking of the Globes, Variety’s Geoff Berkshire continues the age-old tradition of detailing what he found to be the surprises and snubs from this year’s awards.

And finally, as we plunge ever deeper into our endless presidential election, let us pause to consider House of Cards’ Frank Underwood’s latest appeal to America, and feel at least a little better that he’s not really running for President. "In your heart, you know I'm right."