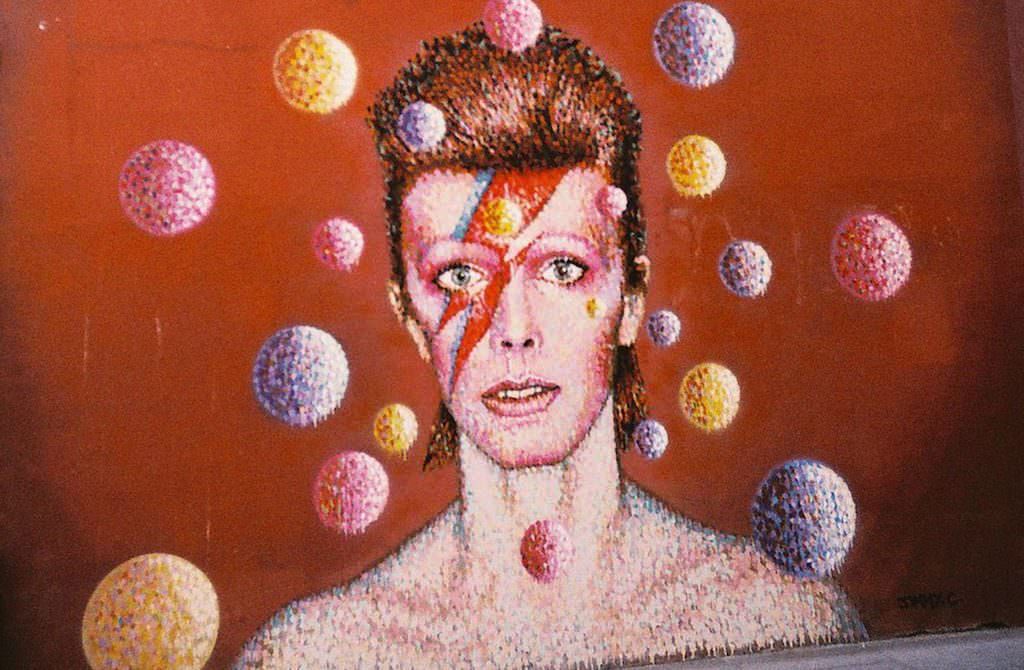 The world is responding to the news that legendary musician, performer, and unclassifiable chameleon David Bowie has died. Bowie passed away two days after his 69th birthday from complications from cancer. A Facebook ad on his page read; “David Bowie died peacefully today surrounded by his family.”

Bowie had just released an album on his birthday this past Friday, "Blackstar," which is a collaboration with a jazz quintet, very much in keeping with his relentless push towards new sounds, new collaborations and new inspirations. The album's producer, Tony Visconti, told Rolling Stone that Bowie was inspired in part by Kendrick Lamar's album "How to Pimp a Butterfly," as well as topical news—according to saxophonist Donny McCaslin, there's a reference to ISIS in the album. A concert at Carnegie Hall on March 31 featuring the Roots, Cyndi Lauper and the Mountain Goats was scheduled to honor him. He had also collaborated on an Off Broadway musical, “Lazarus,” that's currently playing, and which is a sequel to his hugely influential role in the 1976 film, The Man Who Fell to Earth.

Without Bowie, the current cultural landscape would likely look very different. He inspired musicians across a huge spectrum, from legends as disparate as Philip Glass to Madonna and Lady Gaga. It's not for nothing that Nirvana chose to sing “The Man Who Sold the World,” the title song of Bowie's 1970 album,  for their performance in 1993 on “MTV Unplugged in New York.”

The shockwaves from the news of Bowie's passing have touched off a storm of loving tributes on social media, highlighting his influence across artistic, cultural and political borders, uniting people in grief, but also appreciation, in a way mere mortals could never hope to produce. His contemporaries in the music world who took to Twitter to salute one of their heroes include Billy Joel, Kanye West, Madonna, Regina Spektor, Pharrell Williams, Sonic Youth's Kim Gordon, and singer/songwriter Halsey, to name just a few. From the film and television world, Ava DuVernay, Ricky Gervais, Ariel Winter, Guillermo Del Toro, Will Arnett, Ed Norton, Evan Rachel Wood, Mia Farrow, and more. The list is long and growing. Bowie's influence on film, including his own work within the medium, is undeniable.

Bowie's reach goes so far beyond music it will take a while to even attempt a proper accounting of all the people and mediums he shaped. Science fiction is just one of the genres which Bowie seemed to change with his usual, unusual alien eloquence. Charlie Jane Anders wrote on i09; "Bowie produced some of the most poignant representations ever of alien visitors, doomed grandeur and tormented supermen. I recently listened to his song “The Man Who Sold the World” on a loop while writing, and it reveals more and more layers of pathos, remorse and arrogance the more you hear it.

Tributes for Bowie are popping up around the globe, and, fittingly, from space. Astronaut Tim Peake Tweeted condolences from the International Space Station.

For his New York Times obit, click here. There's so much love, and anguish, flowing from the Internet over the news of his passing that you could spend all day falling down a deep wormhole of Bowie-affection, which seems fitting.

Rest in peace David Bowie. You made the absolute most of your time here on our planet.