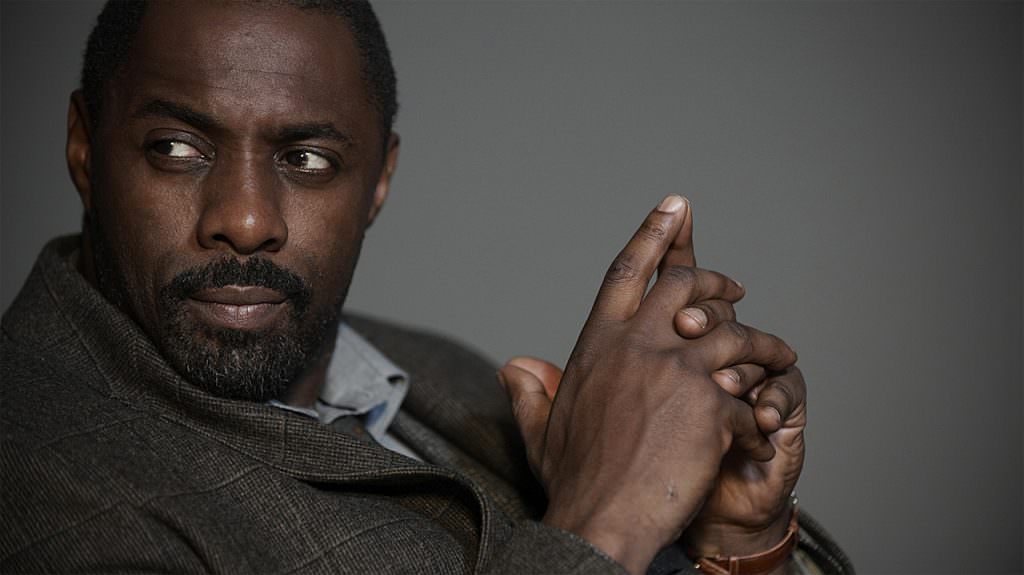 If you haven't watched BBC America series Luther, we recommend you put that on your watch list. The show stars a sensational Idris Elba as the titular detective, a near-genuis whose skill at solving crimes is almost undone by his violent passion. The show's a potent mixture of brains and brawn, which Elba carries with ease. We recently had the chance to chat with the artist responsible for the cult series’ hauntingly edgy score, Paul Englishby. One of the most renowned and prolific composers and music directors working, Englishby’s influence spans the gamut from television, to film, to the Piccadilly, Broadway and Royal Shakespeare Company (RSC) stages, on to dance and concert halls.

Englishby received the Emmy Award in 2012 for “Outstanding Original Main Title Theme Music” in a Movie or Miniseries for David Hare’s Page Eight. He has received critical acclaim for such films as Miss Pettigrew Lives for a Day and the Oscar nominated film, An Education. Englishby’s brilliant score for the recently released A Royal Night Out meshed the big band sound of World War II with the traditional sonic trappings of the British Monarchy, bringing a unique insight and a bit of whimsy to a semi-autobiographical look at the young Queen Elizabeth. His score for the BBC adaptation of the series The Musketeers has brought a new level of excitement to Andre Dumas’ classic story.

Here is our interview with Paul Englishby, edited for length.

Few composers have produced a body of work comparable with yours in breadth of vehicles, depth, modality, and genre. How do you go about choosing a project?

I guess it is sort of like a stone that gathers moss slowly. You know it takes quite a while. You get relationships with directors. For example in the theater I work quite a lot with Greg Doran and the RSC; I have been working with him for about 10 years now. He has gone on from being an associate director to running the place. He is now the artistic director. That is a really fruitful relationship.  So, sometimes it is relationship that you’ve had, and hopefully done a good job and been personable, and they ask you back. I have an agent like everyone else. Things come up and sometimes people ask for me by name because what they have heard that I have done. Or they will put me up for things that I see – I say I really fancy that; could you chase that down please. The rule of thumb for me is you got to do the best job you can possibly do on every single gig, however small, because you never know where that director is going to go or do next. You are as good as our last job really. That is the way I go about it.

Do you have a preference for a particular medium – film, television or theater?

I think what I love is the mixture. I don’t think I could ever just sort of be just the TV/film composer or just the theater composer. It is great to sort of mix it up; they cross fertilize as well. I have learned a great deal about character and dramatic structure from working in theater and being in rehearsals. I have learned all about Shakespeare in the last 10 years. I have done half the cannon. It's just amazing. We have all read it in school and seen productions, but being in the rehearsal room and picking it apart is just amazing.

Every production (theater) is different. It can be set in the present day; it can be set in the future. Each production has got a different angle so it is great to be part of that… and you get out of your studio. When I am doing TV and film I am basically in my studio most of the time on my own, scribbling away and sending stuff over the internet and getting notes back over email. So it is a nice to mix it up and get into a theater situation sometimes.

Do you approach theater and film/television the same or differently?

There is a sort of hands on, collaborative nature to theater. You are literary changing stuff during the first few performances until press night. You are working with the lights and the sounds and the direction and all the different departments. The whole thing is coming together and you're apart of that. It is a great sort of feeling of team work.

When you do something for screen, you're scoring a set thing. Although you are doing a lot of creative work at the beginning to find the tone and the sound with the director, once you are up and running you are basically on your own day to day. I absolutely love scoring for pictures, but it is a different discipline.

Luther has become a cult hit in the U.S. Do you think about and write music differently for a series than a movie? With a movie you have a complete picture before you start. With a series the style of the music in the first episode has to carry you into years of the unknown.

Yeah, there is definitely a sort of thread I think and a sort of pallet that crosses over; it changes subtly each season. There are a few sounds in there that I use all the time as a kind of identifying fingerprint. The great thing about Luther is working with Sam Miller, who as a director is just so creative. He just wants you to experiment and do the not obvious thing. What is great about Luther is that often when you have the most hideous brutal murders, you might have the most delicate little bit of music. You know to think counterintuitively about it. He (Miller) encourages that, and he doesn’t have any expectations or any preconceptions of what the music should be. He just lets me do it and then we will talk about it.

Do you have an idea about what the season will look like before you start creating the music?

Yeah; they tell me what it is about… and once or twice I have been on set. I know what the arc is going to be, so I am not doing episode one and then not knowing what is going to happen in the next episode. I kind of know where it is heading so I can craft the arc of the music and not peak too soon.

Luther is a joy; I absolutely love it.

Now that shows like Luther are on Netflix, will you start to score differently for those audiences than you would for a traditional television show?  Does it make a difference that the people on Netflix are binge watching the show?  Will you write it more like a film?

I think if anything, it is going to make you more rigorous in the way you construct your scores. I try to do that anyway. I am doing the The Musketeers at the moment for the BBC, which is a big action adventure kind of ten-part thing. You try very hard to make it a symphonic journey with themes and motives that are going to develop through the series…one character goes on a definite journey and it is going to end horribly or they're going to get married or whatever. I try to create a theme that I can develop and take on the journey with the character. So I think that if anything that sort of bulk watching is going to keep us on toes and not cut corners.

You have done many royal inspired projects, like the Royal Shakespeare Company's "King and Country: Shakespeare's Great Cycle of Kings," a complete cycle of Richard II, Henry IV Parts I & II and Henry V as well A Royal Night Out and even the BBC series The Musketeers. Is there something special musically about depicting royal stories, unique challenges and opportunities?

Well I think often the reason I get those gigs, as well as my Luther gig, is because I am a classically trained composer who went to the Royal Academy of Music. I got that big orchestral thing in my locker and that is not everybody’s bag, I guess. One of the strengths is the classical approach. I get things like The Audience that I did last year on Broadway with Helen Mirren playing the Queen… because of that side of my composing. I think you basically get not typed cast, but if you get into the sort of thing that you specialize in; you end up getting offered those jobs.

I also do big band music. I have a big band and I am a jazz pianist so I get things like Ms. Pettigrew Lives for a Day and Page Eight with David Hare, 60’s jazz sort of stuff. You get known for specific strings on your bow, so to speak.

I think the contemporary stuff is more experimental, so it is kind of a different approach. You are trying to find sounds, I guess you call them physiological dramas like Luther; you are trying to find sounds that reflect confusion or struggle that are not necessarily thematic traditional musical objects. You are constantly messing around with effects; I use my voice a lot to find weird sounds that can fit behind a tune. If it is a straight score, if it is classical orchestral thing, then you are straight in – you know what the pallet is. You know it is the strings and the woodwinds and the brass and then it is about the notes and rhythms.

I absolutely love going from Luther to then doing the The Musketeers; it just fantastic. It is chalk and cheese. You are not getting stuck in a rut. With Luther, the music has its own sort of identity that lives parallel to what is going on. It can do its own thing and be a different color, where as in Musketeers you are doing old school scoring and hitting everything on the head and ramping up the emotions that are already there. You know what I mean? In a very traditional sort of film scoring way that is great fun as well. There are actions sequences and sword fights and grand passions, it is great to get that off your chest sometimes.

What do you have coming up next?

Once I finish Musketeers in a couple of months, I can’t actually talk about it; I am doing a ballet for a major ballet company. That is going to be announced in February…90-minutes full length ballet which will go on this time next year. I need to get it written by August.