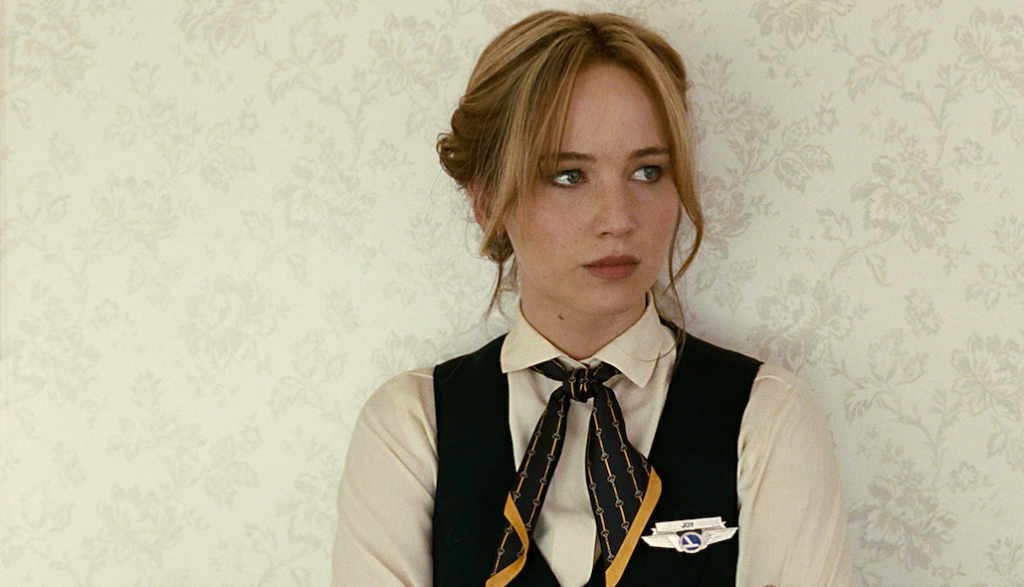 Jennifer Lawrence, Bradley Cooper and writer/director David O. Russell join forces again to tell the rags to riches story of Joy, a woman who built an empire on a clever design for a mop. We talk to production designer Judy Becker, who, like Lawrence and Cooper, also worked on Russell’s films Silver Linings Playbook and American Hustle, about being part of the Russell filmmaking family, how she was inspired by the Wizard of Oz and why she relished the chance to go full Dynasty when she was creating the set of the soap opera.

Do you want to tell me a little bit about how you approached the job? Joy spans four decades. Does that present any specific challenges?

It does span four decades. It starts in the '60s and goes through the '90s really, but from the very beginning of my discussions with David, we knew that it wasn't going to be literally a period movie. We wanted much more of a timeless, sort of fable-like feel to it. We decided we would start with an idea that is very timeless and almost feels like a black and white movie, and we don't know exactly when and where it takes place, and that related to how we used or didn't use color.

It starts out, the first part of the movie is very almost black and white looking. We used a lot of tinted whites and tinted pastels and very, very little color. Even at Rudy's garage, it's all dark. So there's this dark and the light, and it's like Joy's faded light. There's not a lot of color in it. The dreams haven't come true. Then when she finally goes to QVC and she goes through that whole labyrinth to get onto the stage, and the labyrinth is the black and the white test kitchen and grey backstage, and then the turntable spins and that's where you really come into color, and you also really come into a period. 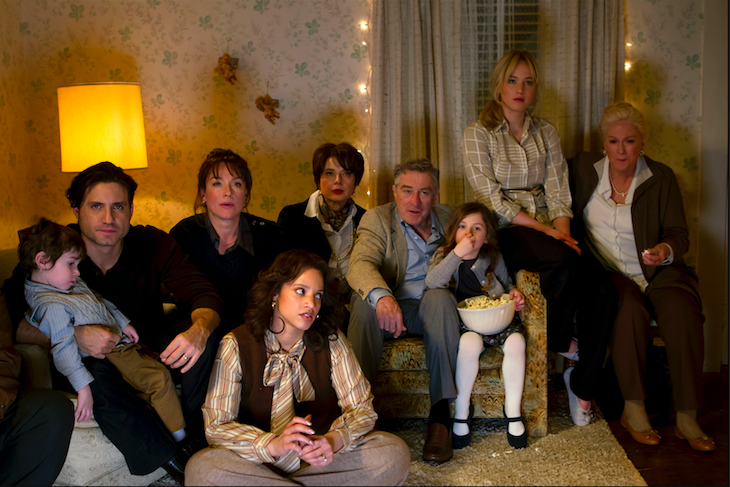 Yes, exactly, and that's what I was thinking. It was both that it's like the Emerald City and it's also when the Wizard of Oz turns from black and white to color. I think that moment [in Joy] is 1986, and so we had some really loud, saturated, garish '80s colors, which was super fun to do. I think if we had been doing a '70s version of that, it wouldn't have been as colorful and as garish, so it was the perfect period to do that in. That was an area where okay, it's '86 and let’s really make it look like '86. The rest of the time it was more about technology: the television sets, the cars, the wardrobe, and obviously the absence of contemporary things like cell phones, instead of it being a really literal researched period piece, like I would do for, say, American Hustle. 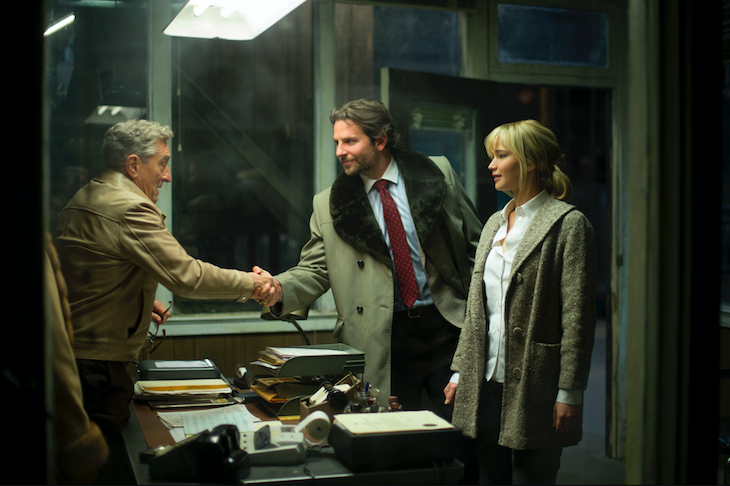 How much freedom do you have in that process? How much do you go back to David and talk about it?

We definitely have initial discussions about the direction of the look of the movie. Then David likes a lot of choices and a lot of options, even within one idea, so that I will prepare a lot of development in terms of color samples and palette and set dressing, and present him with different concepts that express the ideas that we've been talking about. It's very collaborative in that sense, but a lot of it is me working with my crew to develop the ideas that David and I had talked about, and then going back to him and finalizing things, and there's a lot of back and forth in that way.

You obviously have a good working relationship, because you've produced such amazing things already. What do you put that down to?

I started working with David about ten years ago on a project that just was in development and never materialized, and we got to know each other a bit. I think that everyone that works with David for a while, you either become part of his family or he becomes part of your family, or you don't. At this point, I definitely feel like David is my family in a certain sense, but we also have a lot in common. We grew up in the same area, outside of New York. We have a lot of the same cinematic references. Our families were similar, so there's aspects of that where I think that was just chance. The first time I met him, we started talking about that stuff. We had a lot in common and it was really nice. Initially, right from the beginning when I met David, it felt like I was meeting a long-lost member of my family. That has nothing to do really with work but it was just happenstance that things really worked out for us creatively.

Tell me a little bit more about the process of filming Joy. Was a lot of it shot on location? Did you create sound stages? What's the balance of that?

It was both. We did a lot of building on American Hustle but we did even more building on this one, and we knew that we were doing that right from the beginning. The whole QVC world is basically a build. There are no actual sound stages in Boston, which is where we shot the movie, so our so-called sound stage was an old lighting manufacturing company that had a big warehouse, which was our stage. Then it had two floors of offices, which we gutted and then rebuilt all of the QVC world, the conference room and the test kitchen and that backstage makeup area, so we created that on two floors. Initially, we decided to have one Steadicam shot following Jennifer and Bradley all the way through all those different rooms and leading out onto the stage. Then those rooms did lead out onto the stage area, which is backstage, with the sound booth and you go behind the revolving turntable, all created by us. Then it starts moving and then you see that whole QVC world. It was all one continuous set, and it was a big, big build and it was a lot of fun to create. Then the other really big build, which is meant to look like a build, of course is the soap opera set.

I was going to ask about that. That was probably a bit of fun to create?

It was so much fun. I almost never get to do really unrealistic looking things, but the whole intent with that was that it looks very theatrical and unrealistic, like a fantasy world. It was fun with my scenic painters, who I'd worked with on a few movies in Boston, and I was like: ‘Do some really bad faux marble floor tiles’. Really just the more exaggerated and unreal look, the better. We played with that, and very exaggerated design on the staircase and on that foyer room. There's also a big study room, which you barely see in the movie, but had exaggerated faux wood graining on the walls. These are the kinds of things I never get to do, so that was something really different and really fun. 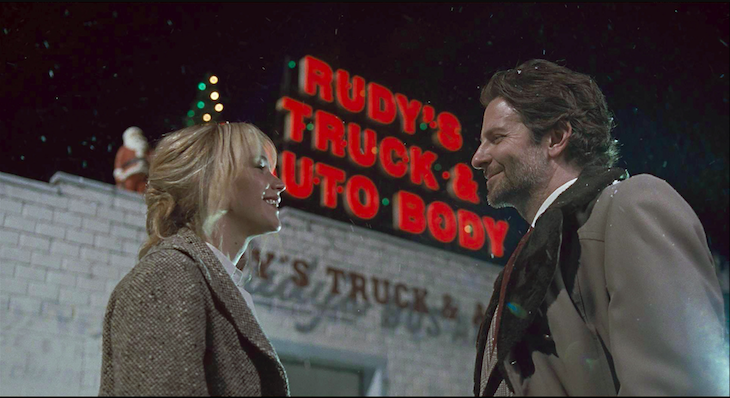 Did you go back and watch some episodes of Dynasty for inspiration?

Yeah, I did. I looked at Dynasty and I was influenced by a lot of things. Now that I think about it, I think a lot of crazy stuff was influencing me, like Alice in Wonderland and some Bergman movies.

Do you feel like that you have a certain signature when you look back at the movies that you've done? They've been quite different in their look and feel, but is there something that you can see that is your stamp?

I feel that there is. There's something that I'm always striving for, and I think that I've managed to achieve it in my movies, and that's that no matter what world I'm creating, I want it to feel real to the audience. So that when they're watching the movie, they're in it with the characters and they're not outside of it looking at the production design. I mean, of course, there's going to be times when the production design is the focal point of the story. When the QVC turntable turns, the design is the focal point, or a little bit in the soap opera, but that's also the focal point for the characters in the movie. When the turntable turns and reveals Joan Rivers, Joy is astonished to see Joan Rivers and to see this world. So that's what my intent is: that the audience becomes immersed in the movie and that my work helps the audience to become immersed in the world that we're creating in the movie. 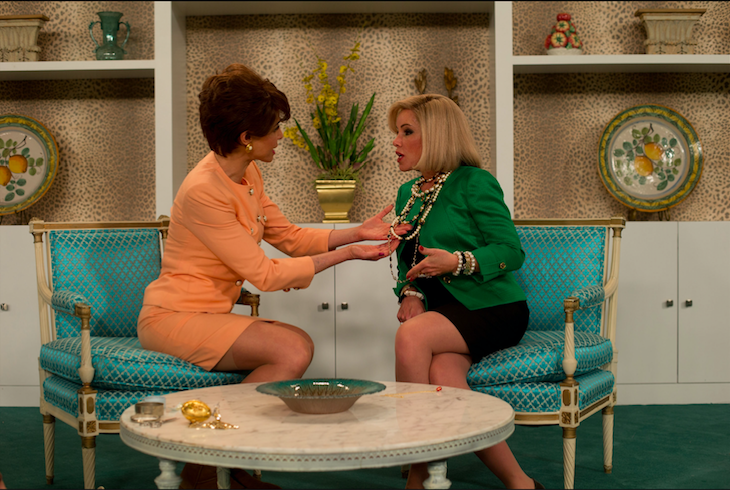