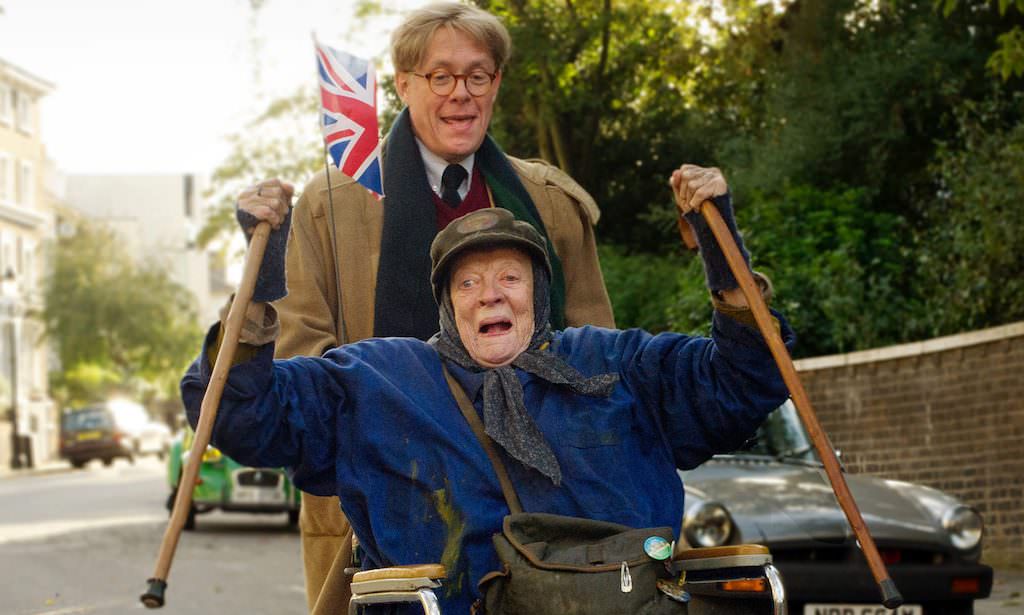 Actor Alex Jennings On The Lady in the Van, his New Netflix Show & More

Alex Jennings is no stranger to playing real-life characters on stage or on screen. He was Prince Charles in Stephen Frears’s 2006 movie The Queen with Helen Mirren and is playing The Duke of Windsor in Peter Morgan’s upcoming 10-episode series The Crown for Netflix — a role that just might make this longtime star of the British stage better known to audiences stateside.

The Duke of Windsor became King Edward VIII  and famously abdicated the throne in 1936 because the family would not accept his impending marriage to Wallis Simpson, a divorced woman. His younger brother, Albert (father of Queen Elizabeth II) succeeded him as King George VI and granted Edward the title Duke of Windsor. Both characters figure prominently in the Oscar-winning film The King’s Speech.

The Crown, set to debut on Netflix later this year, “will show a part of Edward’s life that hasn’t been tackled on screen. It starts in the ‘50s when he’s trying to get back in favor with the royal family and trying to get Wallis accepted and failing,” says Jennings over the phone from London where he’s finishing season one of The Crown and will soon get to work shooting season two.

“Edward was very popular at the time that he abdicated. It caused a major schism in the country. Peter Morgan [author of both The Queen and The Crown] is obsessed with the human story of the royal family.”

Jennings is also shooting another series for British television about the royal family; this one is called Victoria, in which he’ll play Queen Victoria’s uncle. “Where would British actors be without them?” he laughs. “People never seen to get tired of new takes on the royals. Long may they reign.”

Jennings, a three-time Olivier award-winner — he is the only person to have won Olivier best actor awards for comedy (Too Clever By Half in 1988), drama (Peer Gynt, 1996), and a musical (My Fair Lady, 2003) — is also known for playing U.S. President George W. Bush in David Hare’s play Stuff Happens at London’s National Theatre in 2004.

But Jennings is most closely identified with Britain’s popular and prolific playwright Alan Bennett, author of The History Boys, The Madness of King George, and The Lady in the Van. Jennings plays Bennett in the new film version of The Lady in the Van, Bennett’s autobiographical tale about Mary Shepherd (Maggie Smith), the irascible elderly woman who for 15 years lived in a van parked in Bennett’s driveway in Camden, north London, starting in the early 1970s.

Fleeing a fascinating but troubled past and a possible crime, Shepherd turned up on the tony street called Gloucester Crescent and hounded Bennett until he relented and let her camp out in his driveway, much to the chagrin of his neighbors who, as the years wore on, grew used to the sight — and the stench — of Shepherd and the beat-up van she called home. The film is directed by Nicholas Hytner, who directed Smith in the original London stage production, a role that earned the Downton Abbey star a best actress nomination at the 2000 Olivier Awards. She also played Shepherd in a 2009 BBC radio adaptation.

“When you play someone well known, you’re never going to get it right for everybody. At some point, you have to let go of the research and just filter it through yourself,” says Jennings. “The first time I did Alan in front of Alan was an odd moment. It isn’t Alan Bennett; it’s my version of Alan Bennett.”

Jennings’s relationships with Hytner, Bennett and Smith go back decades. He first starred with Smith in a 1993 London production of The Importance of Being Earnest, directed by Hytner. Jennings was offered the part of Bennett in the stage production of The Lady in the Van, but turned it down. But in 2012, he played Bennett in two short plays about the writer’s boyhood, part of Bennett’s memoir Untold Stories. Hytner directed them, and it was then, says Hytner, that he decided to pursue a screen version of The Lady in the Van.

“We talked about doing it as film in 1999 or 2000 but none of us can remember why didn’t do it, because Maggie was always up for it,” says Hytner. “With Maggie in it, we could always get it financed. Alex was so good as Alan that we thought, ‘let’s make this film at last,” Hytner recalls.

“We are all friends and have known each other for years. Maggie was happy to have me on board and I’m grateful for that,” adds Jennings. “She is inspiring and demanding. She knows her stuff and she trusts me. The fact that we have a history helped a lot. I’d never had a lead role like this and it gave me confidence to have [all] their blessings.”

A key element to the film was the chance to shoot it in Bennett’s old house on Gloucester Crescent. Even though Bennett no longer lives there, little has changed in the now-even-more-upscale neighborhood; some of the same neighbors are still around. For Jennings, standing in Bennett’s house provided another layer of sometimes-spooky reality to his characterization.

“To shoot the film in that house, sitting at Alan’s work desk and looking out the window where the van was parked was a visceral experience,” he says. “[Shepherd] was just outside his front door and a big presence in his life.”

TAGSThe Lady in the Van