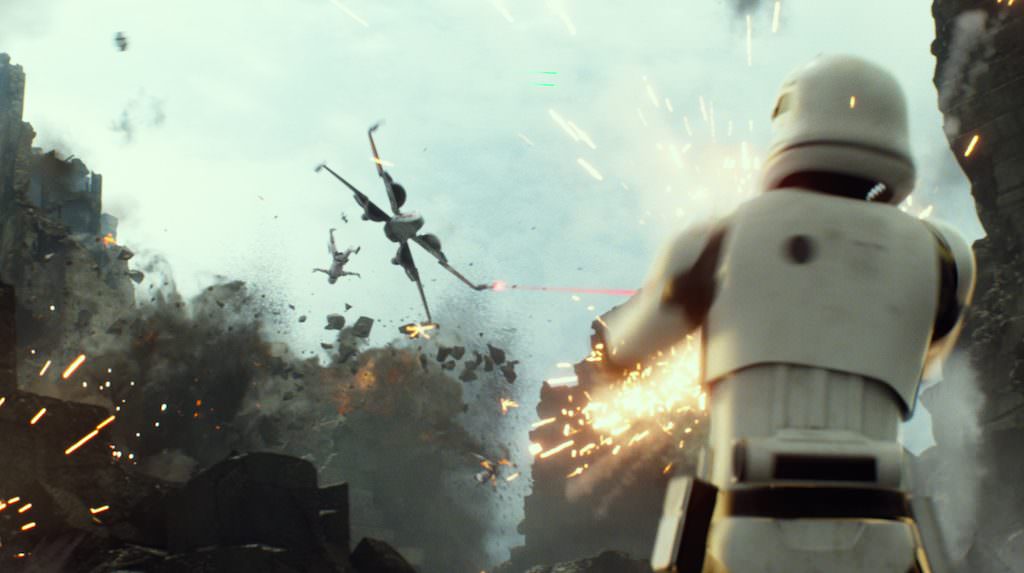 Here's some of the news in film that we're reading today from around the Interwebs.

At the 13-second mark in the below The Force Awakens teaser (which yes, we know you've likely already seen), you'll see that super aggressive Stormtrooper with the wild lightsaber-defying weapon called a Z6 riot control baton. You remember him, he's the one who calls Finn a TRAITOR and challenges him to a pretty great, if brief, duel. That Stormtrooper apparently has a name now (TR-8R), which is a pun on his calling out Finn (formerly FN-2187) and everyone on the Internet is in love with him. Go figure. Check out Slashfilm's story about him,

Also, The Force Awakens is this close to topping Avatar as the all-time domestic box office champ. According to Box Office Mojo, TFA is just $20 million behind Avatar. Globally, it's now sixth all time, having just surpassed Avengers: Age of Ultron, with Avatar topping that list as well with $2.8 billion.

The award nominations keep piling up for Mad Max: Fury Road. George Miller's film always sounded like it was going to be a great popcorn movie when those first few trailers came out, but the big surprise has been how his glorious four-wheeled rampage also became a major critical darling. Fury Road joins The Big Short, Sicario, The Revenant, The Big Short and Star Wars: The Force Awakens as a nominee for American Cinema Editor's 66th annual ACE Eddie Awards, which will be presented on Jan 29 at the Beverly Hilton Hotel.

The winner of the Eddie has a 75% chance of taking home the Oscar for film editing, as far as the last twelve years worth of Academy Awards attest.

And finally, Fandango just released their survey of 2016's most anticipated films, and Star Wars: Rogue One was the top vote getter.  Coming in second was Finding Dory, the sequel to Finding Nemo, with Ghostbusters, Captain America: Civil War and X-Men: Apocalypse getting nods.