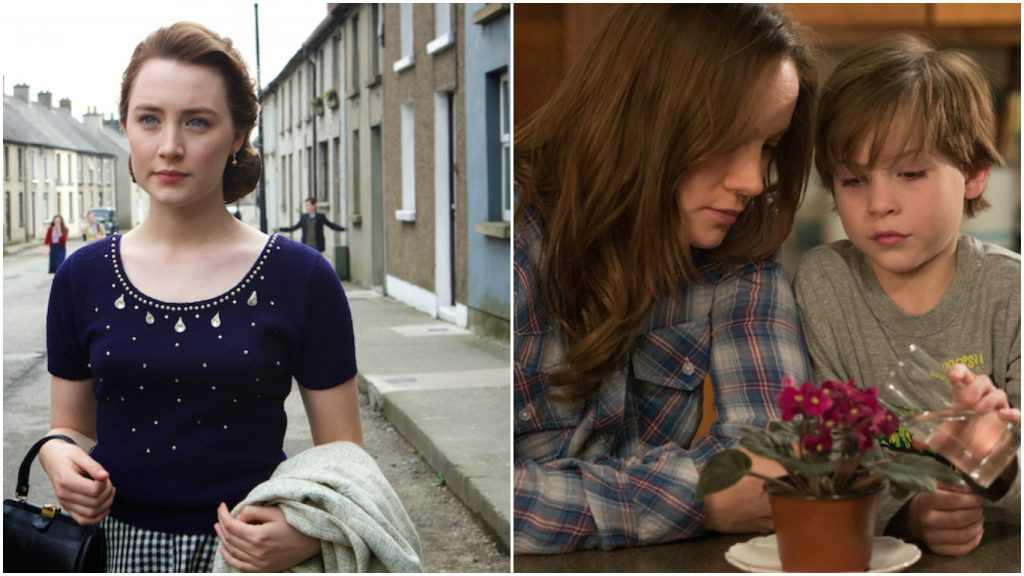 It remains a baffling omission that casting directors don't have their own Academy Award category. There is hardly a more important aspect of pre-production, and few decisions can make or break a film like those charged to the casting director. From Selma's Aisha Coley to the legendary Bonnie Timmerman (The Karate Kid, Bull Durham, Black Hawk Down) and Pat Moran (The Wire, VEEP, Game Change), we've been championing the insanely unhearlded casting director for a while now. HBO has done their part, with this fabulous documentary about another legendary casting director, Marion Dougherty, but more needs to be done to get these filmmakers their due.

So it goes without saying we believe Fiona Weir, who this year alone cast the exceptionally well acted Brooklyn, the claustrophobic, mesmerizing Room, the disaster epic Everest, and the period piece Suffragette, is worthy of the year-end praise that so many other filmmakers earn. Although she couldn't talk much about it, this Harry Pottery vet (she cast five of the eight films, starting with 2005's Goblet of Fire and all the way through to The Deathly Hallows: Part 2) also cast the upcoming, J.K. scripted Fantastic Beasts and Where to Find Them. We chatted with Weir by phone about her phenomenal year. 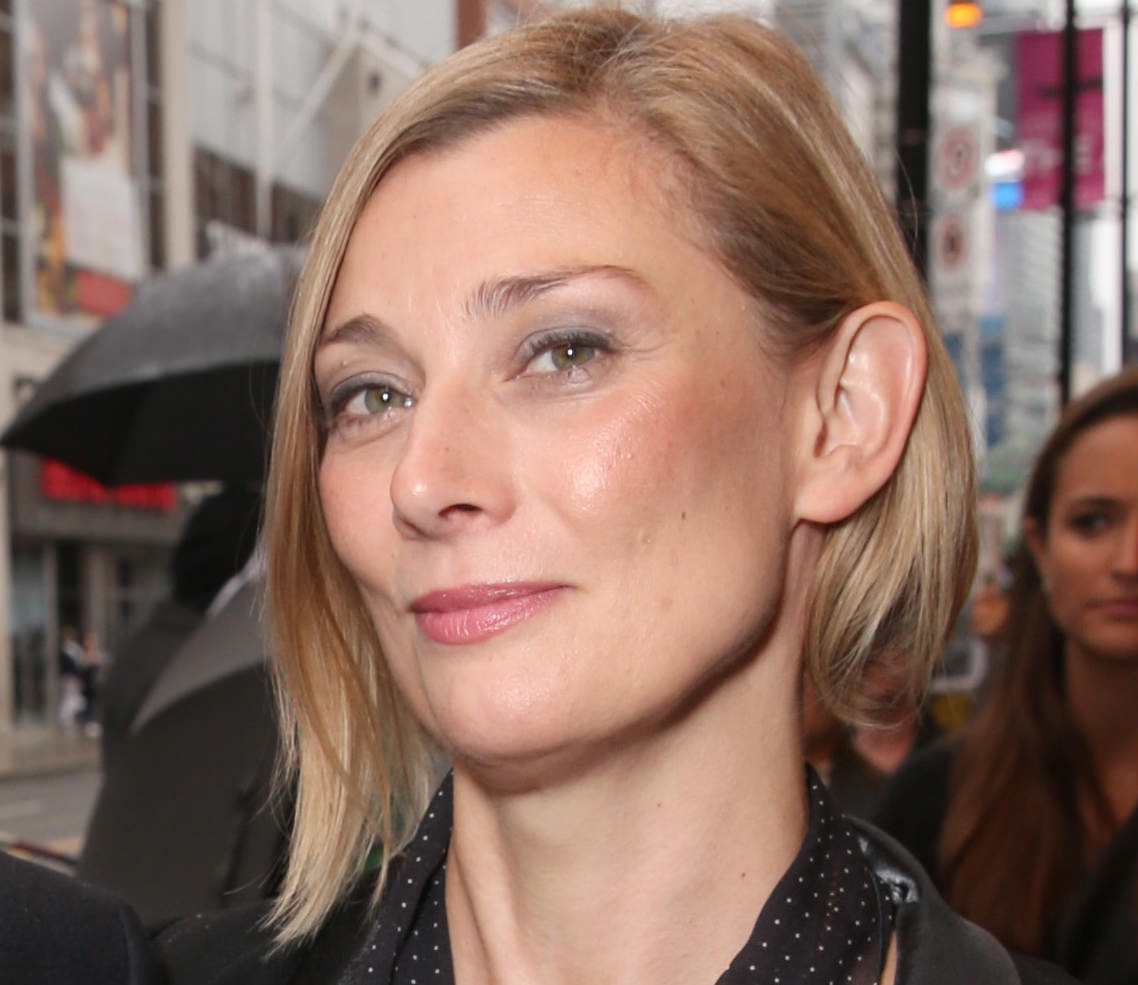 Let's start with your work on Brooklyn, which had such a strong ensemble cast, led by the phenomenal Saoirse Ronan. Walk us through that process for you.

On Brooklyn, as with all films, the proess always starts with the script. I always say that it's three elements; script, director, and producer. If you are excited about the prospects of all three, great, if not, you hope two are good, but you start with the script. I’d read Colm Toibin's novel a few years ago, and then Nick [Hornsby] wrote a beautiful screenplay. All the characters are so clear and vivid, and he completely captured the essence of the Irish and the New York characters. I knew that John [Crowley] was on board as I was given the script, John is my life partner, and so this is the fourth time I’ve cast a film with him, so I’m very clear on his taste. We started on the characters, with Eilish, because she’s the center of the movie. And of course you talk about all the actresses who could be right for the role, but it was clear Saorise was right. Authenticity is so important, and Saoirse was the exact right age, and is just such a phenomenal actress, so we had our lead, who was just growing into a movie star and was completely right for the part.

How'd you cast the two men she falls for, the American Tony, played by Emory Cohen, and the Irishman Jim, played by Domhnall Gleeson?

As far as the boys on either side of her, of course there was lots of discussions of chaps the right age but who weren’t Irish or from New York, but it was so important for John that we cast authentically, and that both guys were equally attractive, equally charming and equally plausible options for her in life, so there couldn’t be one more appealing than other. The casting of Tony was more difficult in many ways because we wanted a real New Yorker if possible, and Tony was a little younger than the guys in their 20s who were established, so we really went on a journey and considered a lot of chaps. I’d seen Emory in The Place Beyond the Pines, and he was phenomenal in it, but it was a very dark, internal performance. So I asked him to put himself on tape, which he did, and he completely understood the light and joy of this part. That was very exciting. I put John and Emory together, and it was clear he was the guy.

Was it a bit easier casting Domhnall, considering he's a rising star and also, helpfully, Irish?

Yes, with Saoirse and Domnhall—they were clearly the right choice. Saoirse, we absolutely believe her as that girl who grew up in a small town in Ireland, and we utterly believe Domnhall as a good, not terribly sophisticated young Irish man. They don’t jar or stand out, they’re two wonderfully skillful actors. But also John’s a terrific director, and he keeps all his cast in the same world, a lot of that is to do with keeping the balance of acting between them all.

Right, there are a lot of standout, small roles in the film. How do you cast the smaller parts?

You need strong enough actors around Saoirse and Domnhall, so they don’t draw focus, and everyone who plays opposite them can fence sufficiently well with them. A perfect example, there’s a scene in the film where Saoirse is working for the company her sister Rose works for her, and her boss, Mr. Brown, comes in and they have a quick exchange, and the actor who plays Mr. Brown is a wonderful actor, Denis Conway, and he does all sorts of extraordinary things in this small moment. We were thrilled he would do a cameo, but he’s so magnficient in it, within that little speech he gives, you know exactly the man he is and the world he’s from, and the imposition he’s placing on Eilis in that scene. It’s just a moment, but he absolutely tells you a whole story in that moment. So it was my job to make sure every single one of those moments is beautifully colored.

How difficult is dealing with accents when casting a film like this, that straddles two worlds? Especially considering you had to cast a number of Canadian actors as part of the production procedures for filming partly in Canada?

Something casting directors are always aware of, when someone takes on an accent it’s not just vocal, it’s physical. So you have to make sure the actor thinks about the qualities which are New York qualities. The actors around the table of Tony’s Italian-American family, I hope they feel like real New York Italians, and that’s not just about the accent but how they interact, how they work off each other and the humor between them. For Tony’s family we were so concerned to get that absolutely right, particular for his littlest brother Frankie, I really wanted to cast a New York kid, because getting a kid at that age to do an accent is a challenge, and we didn’t have the time or resources to use a dialogue coach, so we managed to get an exemption for two of the brothers from New York.

Let's talk about director Lenny Abrahamson's Room, a film that would live or die on the child actor you cast for the role of Jack.

It was daunting, and there were sleepless nights, but I think the rule is you keep looking for as long as you possibly can, until you basically have to say "Time up."  Jacob [Tremblay, who plays Jack] had done things before, and he came to our attention relatively earlier on. It was clear he was good, but it was vital that Lenny [Abrahamson] feel we’d absolutely turned all the stones. Robin Cook was working with me in Canada, and another fabulous lady was working with us in America, Kathy Chopin, so we looked on the East and West coast in America and in Canada. It's about turning as many stones as time allows, and even though Jacob was clearly great, he was Canadian and we were concerned about him doing an accent, so we just saw as many kids as we could, and put Lenny in a room with the best of those kids. Ultimately it came down to a relatively small number, and Jacob’s just so clearly gifted. When you go into casting, the director’s discovering things about the part with every reading, every interaction with an actor, and that process is terribly important so the director feels like they have their guy. Particularly with a part that the film stands or falls by. But we found Ma first [Brie Larson], and the idea was we’d get Ma in place and then use as much time as possible to find the boy. So Brie was in place relatively early on while the search for Jack was going on. It was very important how Brie and Jacob met and interacted.

I know you can say very little about it, but I'd be remiss if I didn't try…you also cast the upcoming Fantastic Beasts and Where You'll Find Them, with Eddie Redmayne in the lead role, which is based on J.K. Rowling's first script and comes from the Harry Potter realm—what can you tell us?

"I can tell you I love working with David Yates, and the process of finding the right people for him is an absolute pleasure, it’s never obvious, I work very hard for him because he’s always looking for the unexpected thing in actors, the piece that an actor will bring to a part that’s very unique."

Switching gears completely, another big ensemble you cast this year was Baltasar Kormákur's Everest. How does it change your work when you're casting for roles that are based on real people?

Everest took time to put together, and beause it’s a real story, there are many important characters in it and all of them deserve to be clearly drawn. They’re all wonderful, clear characters, and because they were real people, there’s a lot of source material for them, and each individual story was fascinating, so the actors could do their own research, which made those roles very appealing. Baltasar was very clear on who each of those people were, and we just went for the best guys we could think of for those parts. Because it’s such a powerful story, these guys were keen to come on board and go on the journey. It was physically very demanding, they all knew they were literally going on a journey with it. I think it was part of the process that it was clear that everyone involved was passionate about it.