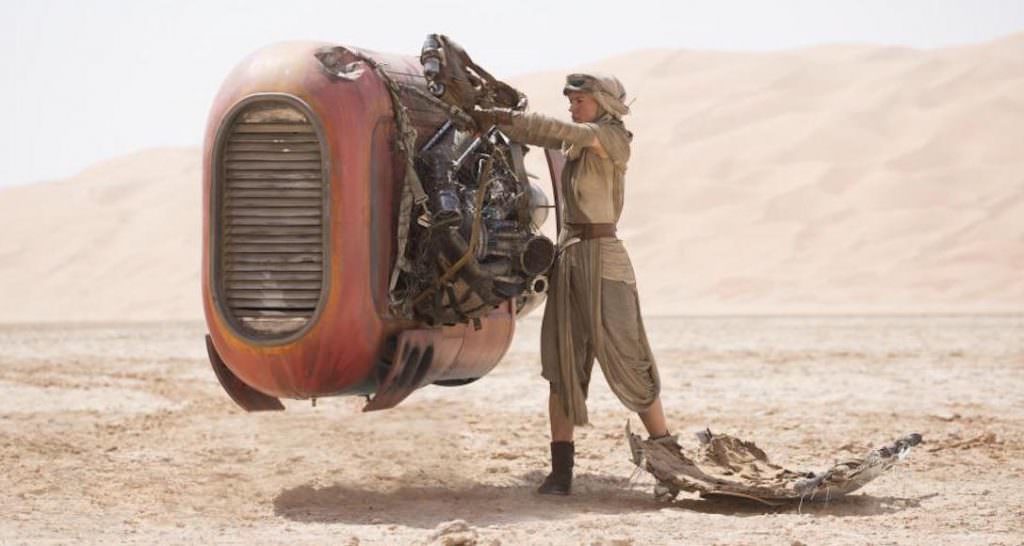 Star Wars: The Force Awakens Lands on AFI’s Movies of the Year List

While Star Wars: The Force Awakens only opened last night, it's probably safe to say the film is a huge successs. J.J. Abrams and Lawrence Kasdan have not only survived the most fraught resurrection in film history, they have plainly prevailed, with a 95% fresh rating on RottenTomatoes, a whopping 234 positive reviews out of the 246 that have been aggregated thus far.

It was always going to be a success financially, such is the power of the Force George Lucas summoned a million years ago when the original Star Wars became a surprise colossus. The Hollywood Reporter is tracking a record-breaking Thursday night of $50-55 million in ticket sales. Now, The Force Awakens begins it's run into not just financial history, but respectability. AFI has burnished The Force Awakens with inclusion on its' Movies of the Year list, further cementing Abrams and his team's successful handling of the most potent, potentially destructive property in Hollywood.

What does this mean for the Oscars? It's a valid question, and considering the glorious spectacle that is Mad Max: Fury Road keeps earning accolades from serious critical bodies, from the National Board of Review to the London Critics Circle, New York Film Critics Circle, Los Angeles Film Critics Association and more, The Force Awakens could return Star Wars to Oscar contention, where it garnered craft nominations and awards through the original trilogy's run (and a few, believe it or not, for the prequels). The original Star Wars nabbed 10 Oscar nominations, winning six in the technical categories (it lost Best Picture to Woody Allen's Annie Hall.) The Empire Strikes Back and Return of the Jedi garnered seven nominations, total, while the entire prequel trilogy managed five Oscar nominations. The Force Awakens is already a critical darling, but can it find itself in the Best Picture category? It's a tall order. The Best Picture category has become suddenly stacked this year; Spotlight, The Martian, Mad Max: Fury Road, The Big Short, The Revenant, Inside Out, Bridge of Spies, Carol, Room, and Straight Outta Compton are all in contention. Odds are more favorable that The Force Awakens sweeps up a slew of technical awards, and, garners a few acting noms, too. Newcomer and star Daisy Ridley is being hailed as one of the genuine thrills of the new film, so might she find herself nominated alongside the likes of Cate Blanchett (Carol), Charlize Theron (Mad Max: Fury Road) and Brie Larson (Room)?

Whatever comes of awards season, The Force Awakens seems to have done the impossible; pleased Star Wars fanatics and critics alike, and rejuvenating a franchise that'll continue for many, many years. It'll be interesting to see how the Academy treats the film, but guesses are those involved aren't all that concerned—they seem to be having a good time.