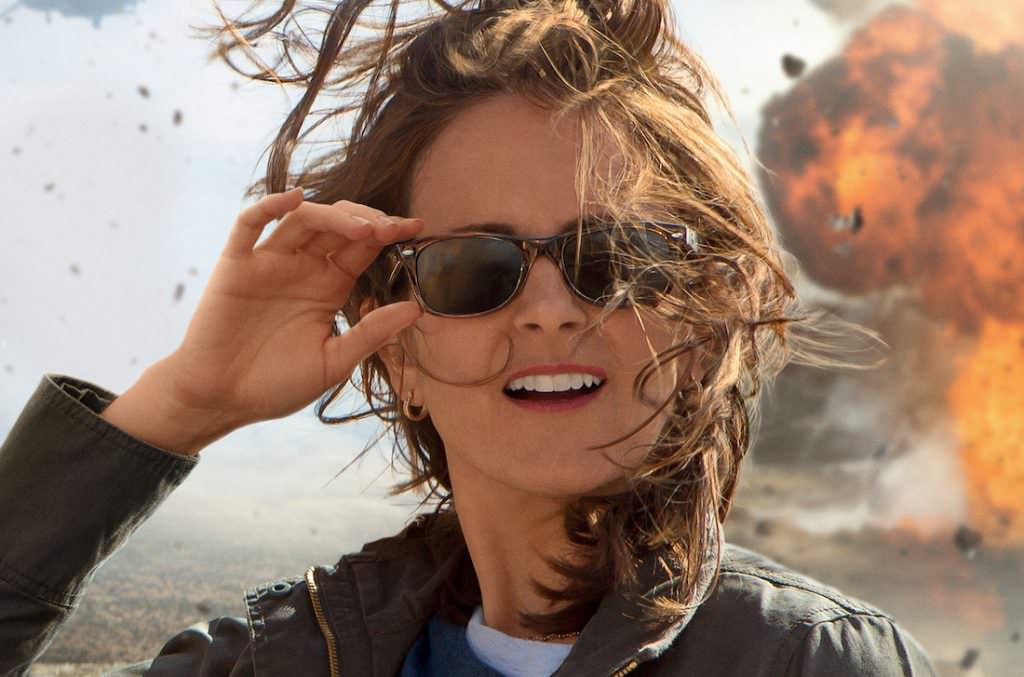 With Tina Fey's latest film, Sisters, opening against a tiny, obscure indie called Star Wars: The Force Awakens, Paramount has decided to pour it on with the first trailer for another one of her projects, Whiskey Tango Foxtrot. Based on the book "The Taliban Shuffle: Strange Days In Afghanistan And Pakistan" by Kim Barker, Fey plays Baker as reporter at ProPublica (she was also the South Asia bureau chief for The Chicago Tribune from 2004 to 2009) who finds herself in Afghanistan and Pakistan, covering America's involvement in the region with humor and wit. If you're thinking, yes, I could see the whip smart Fey playing that character, you're not alone. Here's an excerpt from the review of the book by the New York Times Michiko Kakutani; "It’s not just that Ms. Barker is adept at dramatizing her own adventures as a reporter — though she develops the chops of a veteran foreign correspondent, she depicts herself as a sort of Tina Fey character, who unexpectedly finds herself addicted to the adrenaline rush of war."