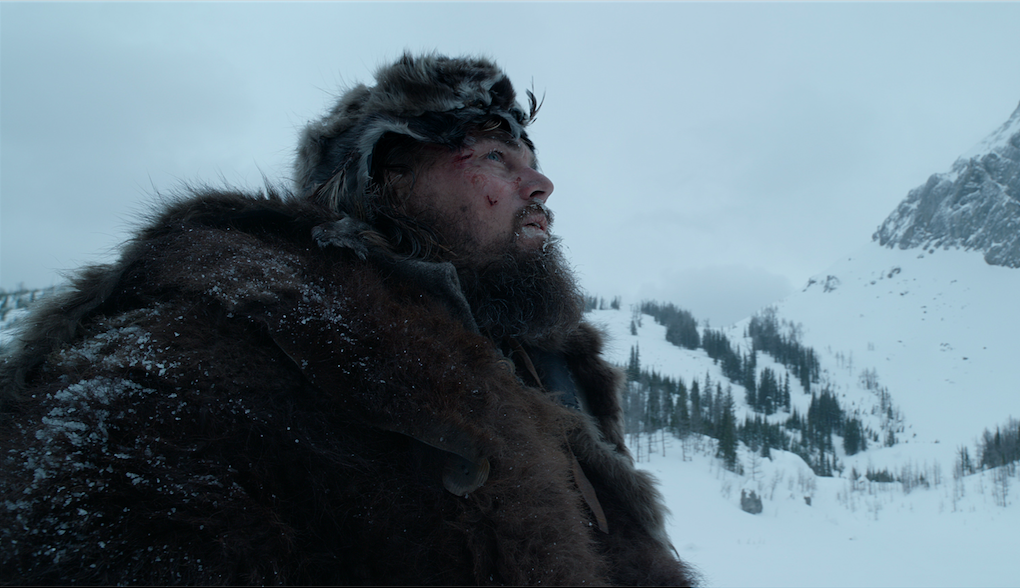 The Revenant‘s Production Designer Jack Fisk on Filming in the Great, Deadly Outdoors

Production designer Jack Fisk has worked with some of the greatest living directors over his long, distinguished career. Terrence Malick, David Lynch, Brian DePalma, Paul Thomas Anderson, and now, Alejandro González Iñárritu. The privilege of working with an auteur goes both ways in this case; these directors have sought out Fisk because he, like them, is an artist.

Fisk's work on Anderson's There Will Be Blood might be the closest antecedent to his incredible work designing The Revenant, one of the year's most thrilling, ambitious, and harrowing films. It's the tale of Hugh Glass (Leonardo DiCaprio), a 19th-century trapper who is mauled by a grizzly bear and left for dead by John Fitzgerald (Tom Hardy), initiating a legendary story of survival and revenge. The challenges presented during production are now notorious, and are part of the program when you collaborate with a director as exacting and ambitious as Iñárritu. While it was Fisk's first time working with him, it was his sixth working with the irreplaceable cinematographer Emmanuel Lubezki, so he was more than prepared for the challenges that lie ahead. We spoke with Fisk over the phone about his more than a year's worth of work on The Revenant.

Let's start with your experience working with Iñárritu​.

It was very exciting for me to work with Alejandro González Iñárritu, his passion, especially his passion for filming in real locations, was great for me. We wanted to recreate the Northwest in the 1820s, which I had done a bit of on Lewis and Clark for HBO, but here, Alejandro wanted to shoot all on location, and the thing was to match the scale of the Northwest that trappers in the 1820s would have experienced. We immersed ourselves in that world. And with Alejandro, you are always looking for a better location.

How did Iñárritu​ and Lubezki's shooting style inform your decisions?

The main way their decisions effected my decisions was in how Lubezki shoots. I've worked with him on six films, and he likes for things to be backlit, so we were looking for locations facing south and southwest. Without a vista facing south or southwest, the location wouldn't work.

Were there any touchstones you had going into this film? I imagine your work on There Will be Blood was of a somewhat similar scale, but did Alejandro share any other films with you before you started this project?

There's been a lot made of how brutal production was—what was the experience like for you?

Being out in the elements for as long as we were, you start to feel like a trapper in the 19th century. You start to become a character in the film, which I always like to try and do. Alejandro never pulls back, he keeps pushing to achieve that scale. I really tried to prepare for how grueling it was going to be. It felt like a real adventure, and I think it actually helped me. I worked on this film from April 21, 2014 to August 24, 2015. That was 16 months of looking for locations and building and shooting.  At the end I wanted to say to AIG, "We survived!"

L-R: Will Poulter and Tom Hardy on location in 'The Revenant.' Courtesy 20th Century Fox.

One of the most arresting images in the film is the huge mountain of buffalo skulls Hugh Glass keeps dreaming of. What was constructing that like?

Alejandro wanted to have a mountain of skulls as symbols of the death of the Indians' world. The U.S. government made a concerted effort to kill the buffalo in a way to control the Indians. The way we actually built that was using styrofoam skulls—we made a cast of about 150 of them and put them on a frame. This mountain of skulls wasn't on the original schedule and we just didn't have the time to create 10,000 or so skulls, which is about what you're seeing in the film. And there's actually a little room inside of it. 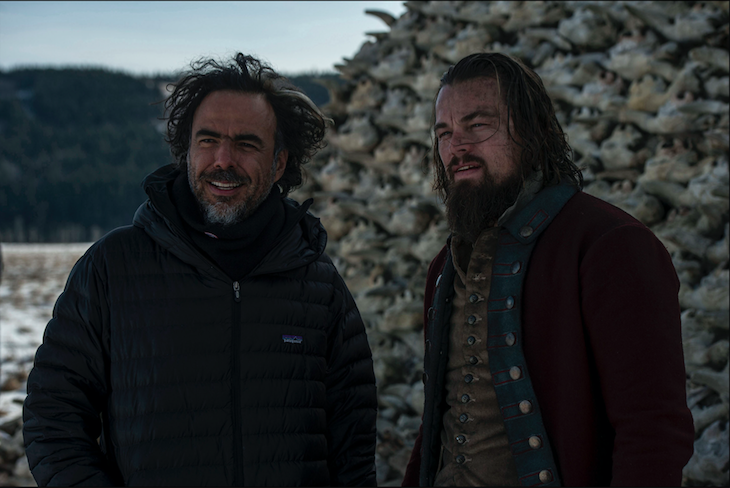 There are various camps in the film, and the one big American military fort stands out as an incredible set. Did you build that from scratch?

The fort was real. We built that near Alberta, in the Canadian Rockies, with trees we harvested as well as some free materials from Canada's Parks Services. We had a real blacksmith on site, and that set was real from every conceivable angle. In those days, the Indians would build camps near these forts to trade with the Americans. The encampments we built were more fluid, as they were for the trappers who built them at that time. We had considerable help from Morris Kochansky, this 75-year old survivialist and bushcraft expert. He explained to us how you survive in the cold. For instance, you build a fire as long as your body, and you must be within three feet of the fire while you sleep or you'd freeze. The trappers needed to much firewood to survive. We also built that snow cave, which might seem like it would be cold, but it blocks the wind and is actually insulated. 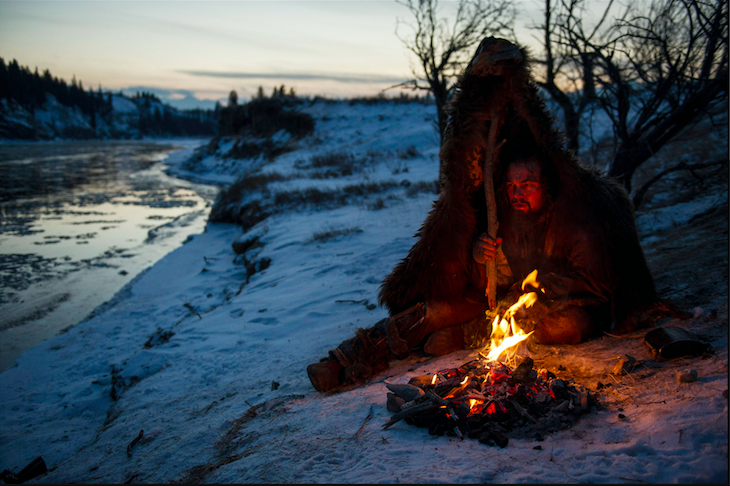 What materials were you using? Were they materials trappers at the time would have used?

Yeah, we constantly used materials trappers would have used. We collected a lot of firewood. The first Indian shelter I built, I went out on January 7 in 2014 and built it using nearby materials. We built things based on the survival techniques trappers and Indians had used, and these are pretty common sense—you need to stay warm, most of all. The challenge we set for ourselves was to look at any location we were going to use and see what was there.

You had some incredible collaborators on this film. Along with AIG and Lubezki, you were working with costume designer Jackie West and others. What was that like?

Jackie West's costumes were sensational. And Hamish Purdy, our set decorator from Vancouver, was incredible. He made re-creations of all the beavers and wolves and the grizzly bear you see in the film. We didn't use any real dead animals, so all the skinned and dead animals you see were made.

I'm still trying to get over that grizzly attack.

Oh yeah. The dead bear you see, the skinned bear? That was made. I saw grizzly tracks during shooting, and saw a young grizzly maybe a 100 yards away. There was also a hunter who was killed by a grizzly during the shoot, and a hiker who froze to death. It's a beautiful environment, but it's deadly. 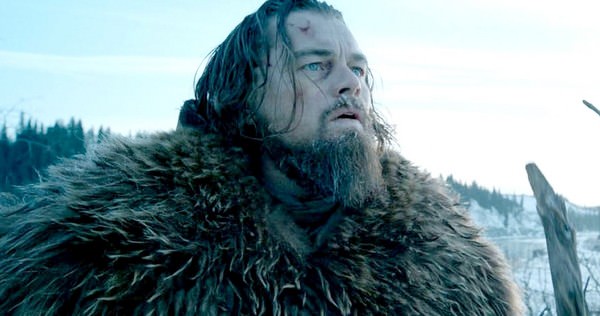 You've worked with some of the best directors in the business. What's it like for you going from a David Lynch to a Terrence Malick to a Paul Thomas Anderson and, now, an AIG?

I don't know how it happened [laughs]. I went to film school with Lynch in the sixties, and I started working with Terry in 1972. I learned through Terry that filmmaking could be a real art form.