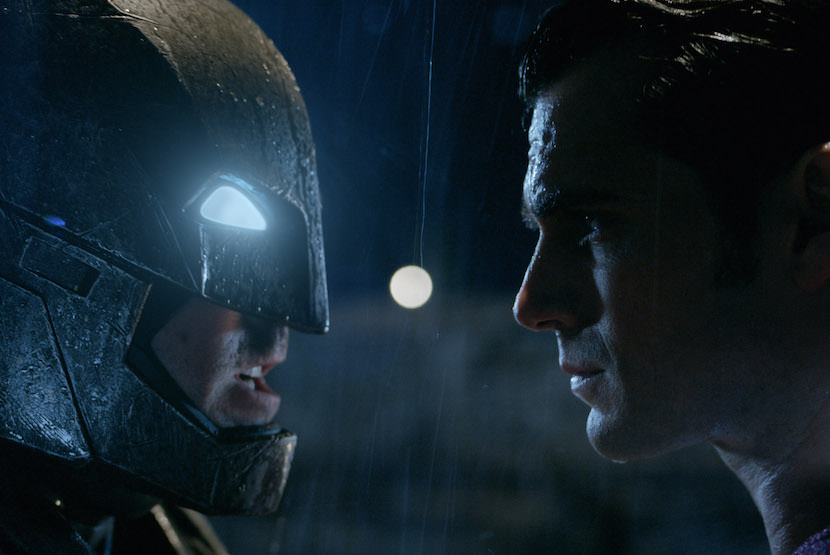 In this international TV spot for Batman v Superman: Dawn of Justice, the new footage is mainly the two titular superheroes beating the crap out of each other. Now that Star Wars: The Force Awakens has premiered, this is the next "big" film that fans are going to salivate over. It also represents the first time these two legendary characters face off on-screen. In fact, 2016 is the year of superhero v superhero battles; let's not forget about Marvel’sCaptain America: Civil War. For newbies to Batman v Superman, this Zack Synder-directed film starsHenry Cavill as Superman and Ben Affleck as Batman, with major supporting roles going to Gal Gadot as Wonder Woman, Jeremy Irons as Alfred, and Jesse Eisenberg as Lex Luthor, Jr. You'll also get some Amy Adams, Laurence Fishburne, Holly Hunter, Diane Lane, and the reanimated Michael Shannon, formerly General Zod, now in the fearsome creature known as Doomsday. The film bows on March 25, 2016,