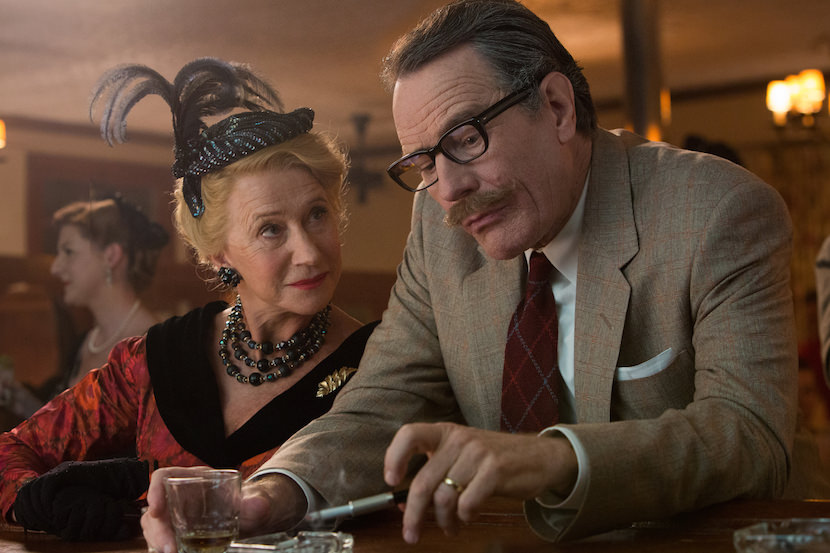 Happy hump day, folks. Here's some of what we're reading about film and TV on this Wednesday, December 9th:

Did you know that the Screen Actors Guild is the largest nominating body within the Academy Awards? Well it is! And today they’ve doled out their 2016 Screen Actor Guilds Awards nominations (the ceremony will be simulcast live on Saturday, January 30, on TNT & TBS at 8 p.m. ET), with some wonderful surprises to boot. There’s a nomination for Rami Malek for Mr. Robot, another for Sarah Silverman for I Smile Back, and two for Helen Mirren, for her work in Trumbo (supporting) and Woman in Gold (lead). Trumbo leads with the most SAG nominations. Variety has your full list here.

Deadline reports that George Clooney is close to locking his Coen-brother penned Suburbicon as his next directorial effort, and he’s in negotiations with Julianne Moore, Matt Damon and Josh Brolin to star. Suburbicon is a noir drama that harkens back to the film that put the Coens on the map, Blood Simple, centering on crime in the 1950s suburbs.

The Hollywood Reporter has chosen Donna Langley as their Entertainment Executive of the Year. They profile “the understated, once vastly underestimated player behind Universal Picture’s $6.7 billion box office in 2015.” This story was published in their 2015 Women in Entertainment issue.

USA Today got a first look at some new images from Legend of Tarzan, specifically, star Alexander Skarsgard's abs.

Mark Hamill will be hosting a Star Wars: Evolution of the Lightsaber Duel special on ESPN.