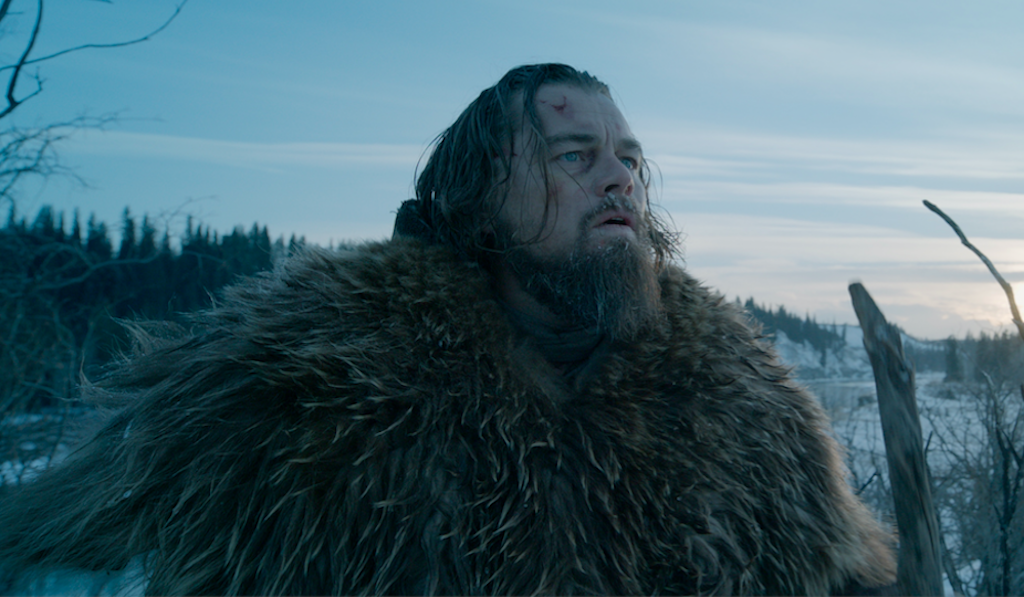 Learn from Leo: Bear Safety Tips, per The Revenant

The award for the biggest and baddest Christmas Day opening this year will likely go to Alejandro Iñárritu’s doomy, Leonardo DiCaprio-led, frontier Western, The Revenant. Based loosely on events that befell Hugh Glass, an early 20th century explorer and trapper, the film depicts in realistically gritty detail Glass’s South Dakota excursion in which he was mauled by a grizzly bear, left for dead by his men, and dragged himself around 80 miles (which, in various retellings of this real-life legend, was occasioanlly stretched to 200) to get his revenge — maybe! no spoilers here — on former compatriot John Fitzgerald. In both life and the film version of events, Fitzgerald (Tom Hardy) sets Glass’s historic trek in motion by murdering Glass’s half-Pawnee son and thinking it’s a fine idea to bury the not-quite-dead Glass in what turns out to be an optimistically shallow grave.

This film brings up two good questions. The first: will DiCaprio finally get that Oscar? The Revenant is already nominated for four Golden Globes, so there’s a strong possibility, plus this movie is basically all Leo, all the time, with some important yet minor cameos played by various dead pelts, including a horse. The second-most obvious question is, of course, what should you and I do if and when we are confronted by a bear?  Leo is probably an expert but we doubt he’ll use his thank-you speech to give us pointers. And Iñárritu isn't giving up any secrets on just how this scene was shot, considering he did admit to the New York Times that Leo really was thrown around during the sequence, without divulging by who, or what. Herewith is some key advice gleaned from the film and refined by tips from the National Parks Service, which, had it existed in Glass’s time, might have precluded Glass’s story entirely.

The real-life Glass was attacked by a grizzly bear, the most aggressive North American species of bear. Black bears are pescatarians who star in viral videos where they wander around suburban homes until going down for a nap in someone’s hammock, or for a splash in an above-ground pool. They really, really don’t attack anyone but they do eat a lot of garbage, such that National Geographic actually defines them as “opportunistic eaters.”  Human flesh is apprently not so opportune, however, and if you make it to the unlikely point that you are actually attacked by a black bear, the National Parks Service advices you kick and make a lot of noise and try to get away.

Statistically, grizzlies, a variety of of brown bear, are more likely to attack humans than black bears, but even these instances are extremely rare. However, should you find yourself in the unlikely circumstance of being literally under a grizzly’s claws and gaping maw, the NPS advises you just play dead, lying on your soft belly to protect your vital organs. Presuming this attack is occuring out in the wild and you have a backpack, leave it on, as an incidental shield.  The bear should actually leave you alone, whereas fighting back might prolong its attack (when you see The Revenant, you'll note that Leo fights like hell). If for some reason you do all this and it continues attacking, the NPS says to punch it in the face, which just sounds cruel (and Leo didn’t do that, so, you know, don’t be a jerk). Much better, would be preventing attacks in the first place, so…

STAY AWAY FROM CUBS

This is what gets Leo's Hugh Glass in trouble. Where there’s a cub, or two, more likely, there’s a mother. In real life, Glass was mauled because he accidentally strayed too close to a grizzly bear’s babies. Grizzlies in particular tend to be loners, unless the bear in question is a female and has cubs, whom she will guard aggressively. Really, this is an obvious piece of advice and extends to many species, including humans.

If you find yourself near a bear who has also found itself near you, speak in low tones so he or she can identify you as human. Upon doing so, the NPS advises, the bear might come closer to look at or sniff you to confirm you’re not prey. It sounds counter-intuitive at this point, but try not to raise your voice or scream or squeal, and don’t let any children in your company do that either.  Keep in mind that a standing bear is likely not threatening you, as this is a position expressing curiosity. Try to enjoy it! But also get to higher ground or wave your arms around, to look bigger than you are.

Contrary to Glass’s experience, in which his group made some terrible choices on his behalf, you’ll be safer traveling in bear territory with others, as bears will generally avoid packs of humans. Should you see a bear, pick up small children, to keep them from getting any closer and/or being left behind. Do not give bears any food, lest this tempt them to spend more time with you. Bear deterrent spray is advisable on a case-by-case basis, depending on when and where exactly you’ll be — its lingering scent can actually run the risk of attracting bears, so check with your local national park before you accidentally spray bear cologne all over your campsite. And if you do find yourself looking at a bear, looking at you, get your best crab-step going: leaving the scene sideways is non-threatening to your mammalian pal, lets you keep on an eye on the bear, and prevents tripping.

So, don’t make like Hugh Glass, follow the above tips for tragedy-free hiking, and the only real bummer will be the zero chance that Iñárritu ever directs a well-received movie version of your next vacation out west.