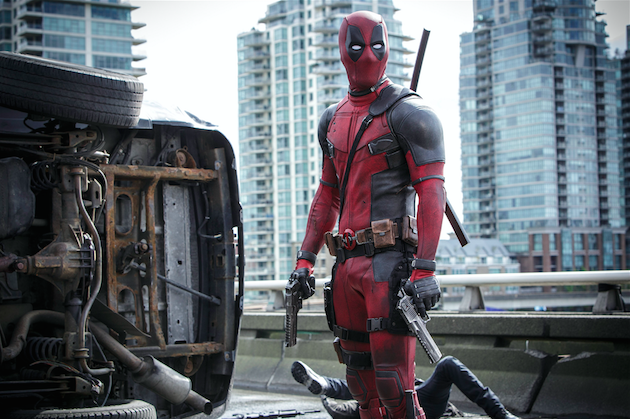 "Hi, I'm Deadpool, the other jolly guy in a red suit with a lap worth sitting on." Yup, we're definitely in Deadpool country, with another quippy, chippy teaser released just in time for the holidays. In this case, Deadpool and 20th Century Fox are giving away "12 days of Deadpool," which every day for the next twelve a new site will debut a "tasty treat" of Deadpool images and information, culminating in the big gift on Christmas, a brand new trailer.

If you're new to the Deadpool world, a quick synopsis provided by 20th Century Fox: Deadpool tells the origin story of former Special Forces operative turned mercenary Wade Wilson, who after being subjected to a rogue experiment that leaves him with accelerated healing powers, adopts the alter ego Deadpool. Armed with his new abilities and a dark, twisted sense of humor, Deadpool hunts down the man who nearly destroyed his life. Cast: Ryan Reynolds, Morena Baccarin, Ed Skrein, T.J. Miller, Gina Carano, Brianna Hildebrand