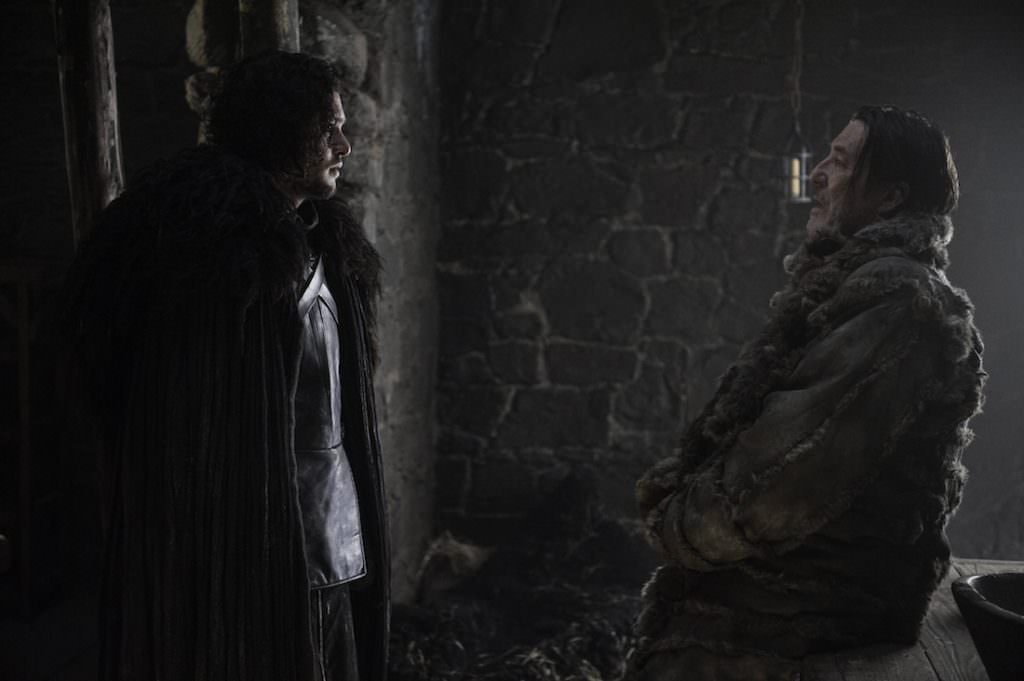 Does the new Game of Thrones Teaser Hint at Jon Snow’s Return?

(If you're not caught up on GOT's season five, spoiler alert). Few television shows in history have maybe killed off a main character and received this much scrutiny, doubt, rumor mongering and obsession. We're talking about Game of Thrones' Jon Snow (Kit Harington) of course, who was stabbed (repeatedly) by his fellow Night's Watchmen at the end of last season and whose potential death exploded the internet. Since that episode aired, he's been rumored to be coming back (by Kit Harington himself!), then not coming back (by Maisie Williams, who plays Arya!), then coming back but as a zombie…poor Harington's every move has been watched and reported to ascertain the fate of his beloved character. Even the creator of the source material A Song of Ice and Fire, George R. R. Martin himself, has bathed Snow's fate in ambiguity: “If there’s one thing we know in A Song of Ice and Fire is that death is not necessarily permanent.” Throughout it all, HBO has handled it all brilliantly, teasing us just enough to have us really guessing whether Snow was dead. Have you seen their poster for season 6? 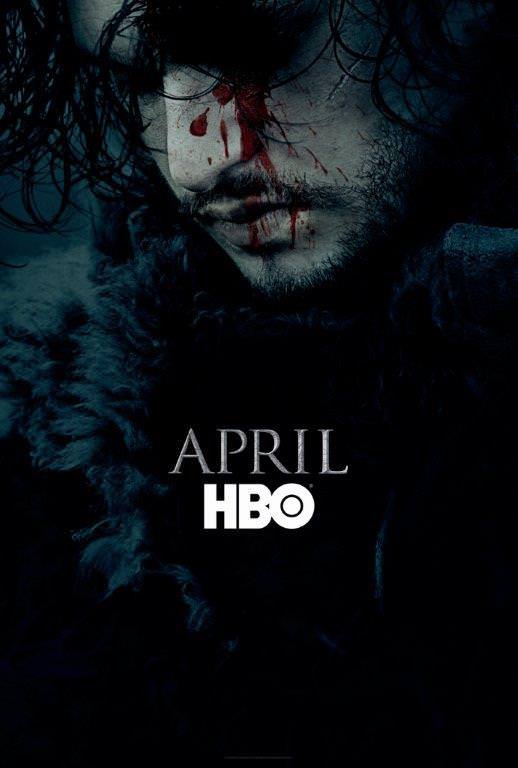 You don't put a corpse on your poster, right? This isn't Six Feet Under.

The simple fact of the matter is Harrington's been seen on set in Belfast, so, if he's not coming back he's got waaaay more time on his hands than a young, up-and-coming actor who has starred on one of the biggest shows on television aught to. Perhaps all the speculation can finally be put to rest, however, because HBO just released this new teaser which seems to be teasing Snow's return in a major way. Granted, there's no new material in this trailer, but the tone and the final image hint to the bastard Jon Snow's return. The theme is about how the past is already written, showing us some of the most iconic moments in the show's run, but then something peculiar happens when we see Jon get stabbed. Watch the final image of Bran (he's baaaaaack) warging, and tell us if you don't get the impression that he might have something to do with Jon Snow's return.

Feautred image: Kit Harington and Ciaran Hinds on the set of 'Game of Thrones.' Courtesy HBO.