Director and co-writer Laszlo Nemes's Son of Saul, an astonishingly accomplished first feature, follows a Hungarian Jewish prisoner at Auschwitz-Birkenau for about 36 hours. Saul, played by Geza Rohrig, is a member of the Sonderkommando, the group that led people into the gas chambers and then disposed of their bodies. Saul identifies a new arrival as his son, and after the youth's murder attempts to arrange a proper burial for him. The protagonist's sense of urgency is underscored by the moment: The story begins on Oct. 6, 1944, the day before some of the Sonderkommando staged a revolt.

The Sony Classics release, which won the Grand Prize at the 2015 Cannes Film Festival, opens in New York and Los Angeles on Dec. 18 and expands to other cities in January. The drama fixes tightly on Saul, suggesting what's happening around him largely with intricate sound design. The handheld camera stays at Saul's shoulder, and never shows anything beyond what the prisoner himself can see. The 107-minute film includes just 85 shots, using 35mm film, 40mm lenses and the nearly square 4:3 ratio.

Both Nemes, 38, and Rohrig, 48, were born in Hungary, but Nemes grew up in Paris (where Rohrig also lived briefly) and studied film in New York. While Nemes now lives in Budapest, Rohrig is in New York, where he studied theology, writes poetry and is working on a novel. On a recent visit to Washington, D.C., the two men discussed the movie's aesthetic, and the philosophy behind it. Their comments, which have been edited for length and clarity, begin with a discussion of how the film's story and style developed together.

Nemes: The concept of having a narrow portrait was always there. But then when you go into the details, you have to invent as you go. So it had several steps. But the key element was that I could work with people who understood it. So that the cinematographer, the editor, the sound designer all worked very closely. We didn't know exactly how it would end up, as a final experience. We only had a feeling, a sort of intuition. 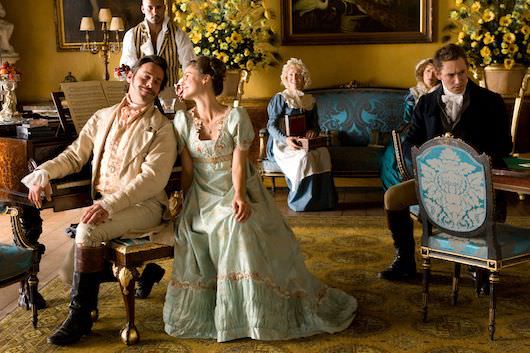 Were there practical reasons for the way you shot the film, or was all in the service of the story?

Nemes: Everything was in the service of the story. And the story itself was serving a philosophical standpoint. I wanted to immerse the viewer in a situation that could reflect the individual experience within the camp. Forget the established postwar paradigm of looking at the Holocaust as something static and frozen. Go back into the human experience of it.

I wanted to communicate something about the limitations of the individual. How little information the individual had access to in the camp. We have a post-war imagining that is too informed, I think. It's not true, because it uses too much information that the individual didn't have access to. We wanted to rely on the imagination of the viewer to have an intuition of what it might have been to be in this hell. I wanted to go back to the present of it. 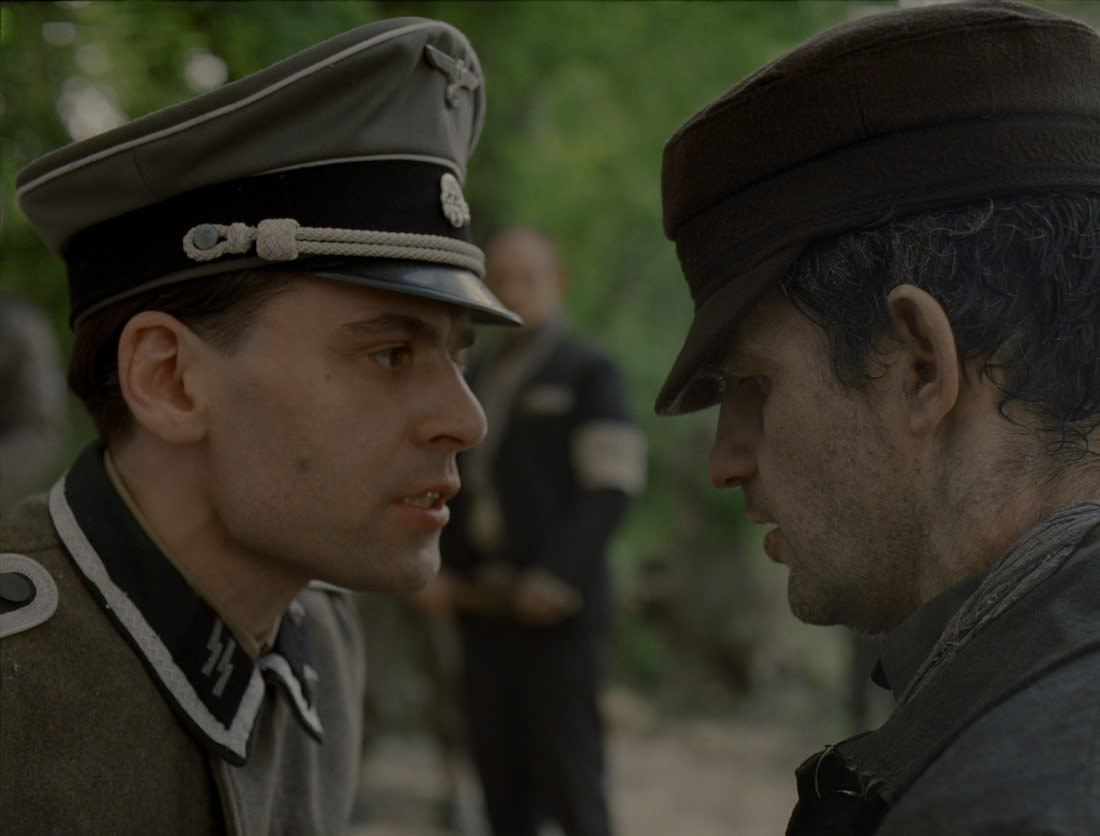 Isn't that always true of how people view history, that it seems so clear now what they would or should have done?

Nemes: Yeah. It's looking at it from the armchair. But cinema can achieve a direct link between the audience and the situation of the individual in a given historical context. History is too often seen as something frozen, as in postcard. But when you bring the people to the present of it, it can become extremely visceral, vivid experience.

How did the two of you meet?

And what made you think that Geza could carry the movie?

Nemes: I was looking for someone who understood what I wanted to do. And had, in a way, the characteristics of the main character already inside him. We can watch him for two hours. He has a secret inside. It's not that he has to perform to achieve that. That's what I was looking for.

So you offered him the role at first?

Nemes: Actually, at the beginning I didn't know for what role. I just wanted him in the movie. I auditioned him for another part. But then it became obvious that he was my main character. 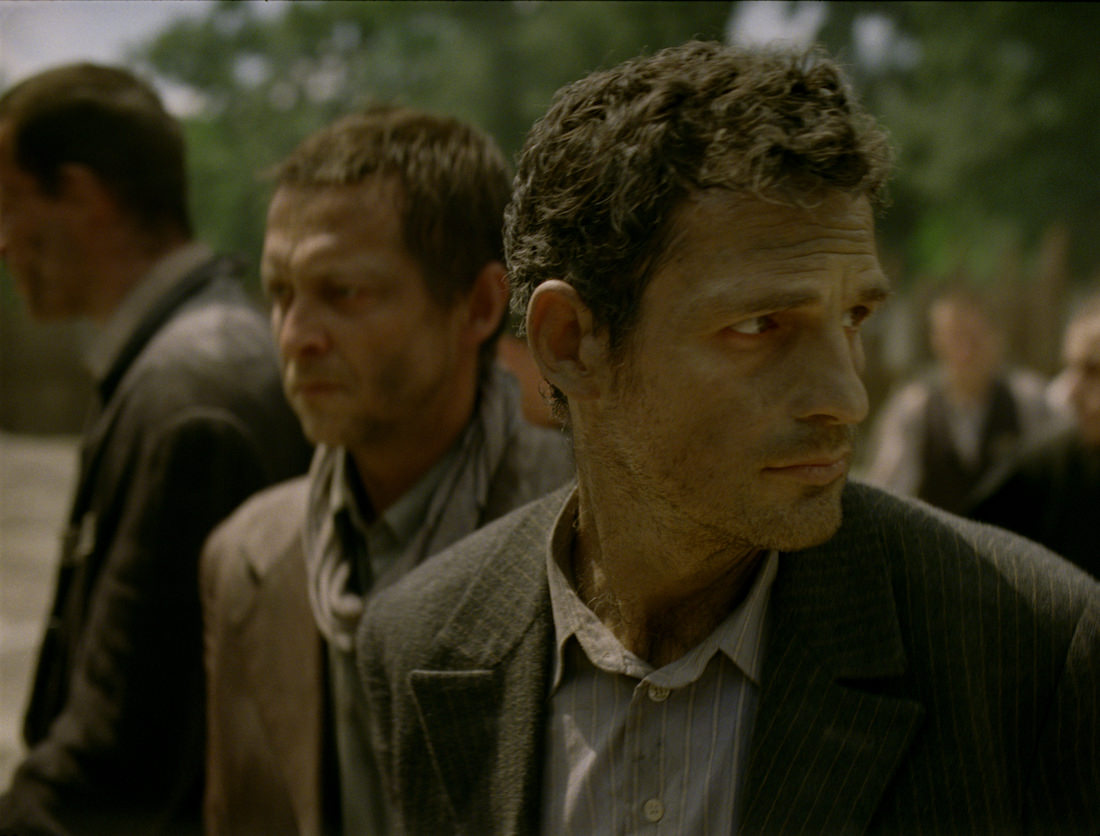 Did you have any hesitation about it?

Rohrig: No. Not for a second.

But this was not something you had done before.

No, not really. I used to act in my early 20s. In TV and film in Hungary. But then I moved to the U.S., so for two decades I hadn't acted.

Yet it wasn't completely alien to you.

No. I had a punk band, Huckleberry, in Hungary, under the Communists. And I was performing in front of quite sizable audiences. It wasn't new to me. And I was very happy with the script.

Laszlo, you were an assistant director for Bela Tarr on his 2007 film, The Man from London. What was that like?

Nemes: It's film school. As it should be. You learn the craft, and you have an insight into how to make a film. You learn how the key members of the crew should communicate, how to control. He does 10-minute shots that are very difficult to make. And that was good school for me.

How much research did both of you do for Son of Saul?

Nemes: A lot. I have a background in history. So does my co-writer, Clara Royer. We were confident in our research. We didn't want to make a documentary film. But we wanted to ground it as much as possible in historical facts.

Rohrig: Literature was my prime source. I also needed to know, in a very nuanced way, what were they doing, and how were they doing it. For me to get to have a kind of understanding what the day shift or the night shift would have looked like. I wanted to picture the instruments. I wanted to know the techniques. I wasn't all that interested by the feelings and thoughts, because not all that much self-reflection was going on. I was more into just being in the moment. It was extremely exhausting, both physically and mentally.

There are many strictures on the film, and that's one of them. You can't have the moment when someone stops and explains what's going on.

Aside from the fact that you're Hungarian, is there something specifically intriguing to you about the Hungarian aspect of the story?

Nemes: It's my perspective, but at the same time I didn't want to do a film about Hungarians for Hungarians. And not even Jews. This is a film about human beings, and the possibility of hope inside the most hopeless situation.

But the Hungarian aspect is of course important for me. Because of my family history [of relatives killed in Nazi death camps], and because of what happened in Hungary. The fact that the Nazis and the Hungarians were so eager at the end of the war to destroy the very vibrant Hungarian Jewish civilization. And they were very effective in doing so.

If the war had ended just six months earlier, the situation would be dramatically different.

The Nazi euphemism for bodies was "pieces." So is the key to the story to take one of these "pieces" and turn it back to a human?

Nemes: In Auschwitz, the Nazis designed not only a way to kill people, but also to erase their history. As if they had never existed. I think it's significant that my main character tries to give history to one human being. I think that's key. It says something about humanity. That's why I wanted to make this film. Not a classic story of physical survival. But of something that's an idea. An idea of humanity.

Was that the first thing that came to you?

Nemes: The first thing was to make a film about the Sonderkommando. Then, two years after came the idea of one man who tries to bury someone.

What about the role of the Sonderkommando uprising?

Nemes: The uprising was always part of the structure of the film. I knew that, even though I didn't know how to integrate it, in the very beginning. It had to be there, because the main character's resistance is all the more significant when this is taking place. 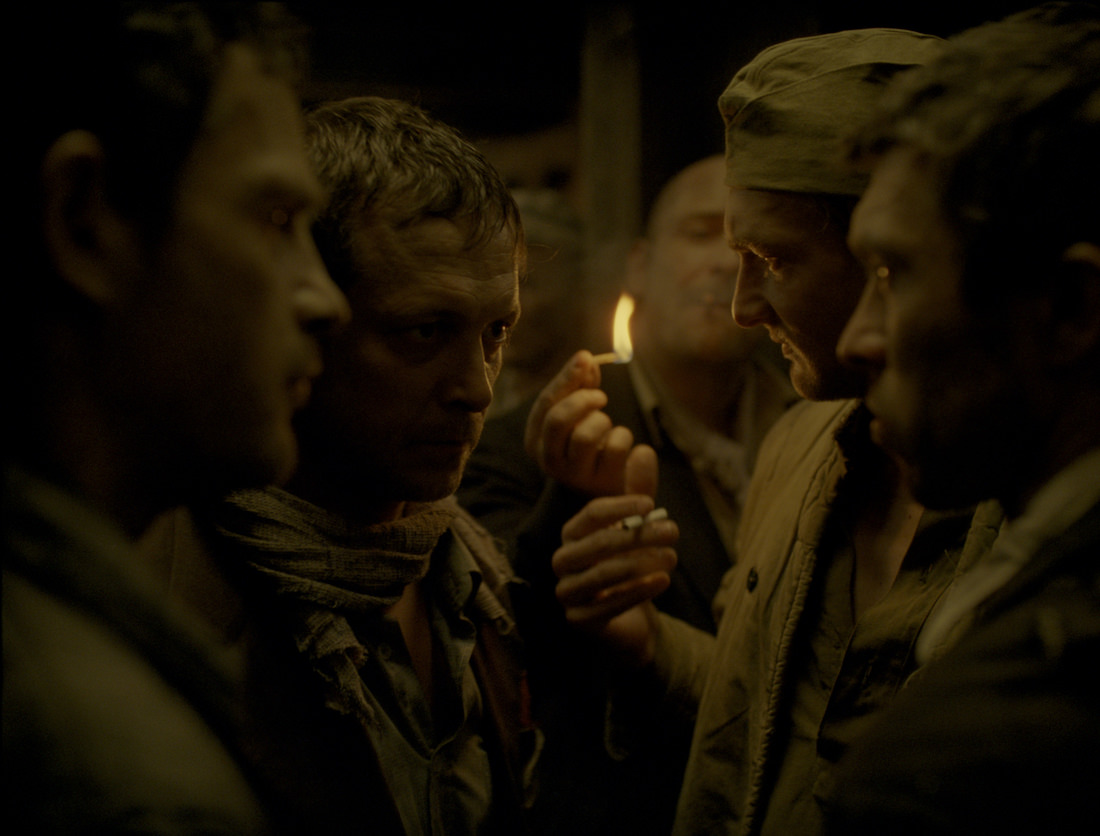 This is a multilingual film. Does that play into a sense of lack of communication?

Nemes: We wanted to have this Babel of languages. Auschwitz was an incredible mixtures of languages. And when you didn't speak languages, your life expectancy was shorter. You can see the difference between the Greeks, for example, and other nationalities. The Greeks didn't speak German, they didn't speak Yiddish. They only spoke Greek. And that reduced them extremely, even more than the others. So language is key.

Is it also expressed by the film's sound design?

Nemes: Absolutely. The sound is always there to suggest that there's much more than the narrow image that you can see. It's a constant reference point. A hint at everything that's going on in the background. It participates in the construction of the mental image of everything that's taking place in the camp.

There's no score. There's a sound design that at some point can feel like music. There's a living, unidentifiable flow of sound coming from the crematorium. It's always there.

Why was it important to shoot in 35mm?

Nemes: The cinematographer, Matyas Erdely, and I very much believe in the power of film. With digital video, the discipline of the director and cinematographer becomes diluted. The very nature of filmmaking is transformed into data capture. In film, you have to make the decisions beforehand. That's the creative role. For the actors, when you have film, you have concentration that's unparalleled.

Digital is actually the biggest regression in the history of cinema. Not only for losing the craft and the directorial approach. But also with film projection that's being eradicated, replaced by television in public. You lose the force of film, replaced by the frozen pixels.

With film, there's one image and there's another image, but between them is darkness. Fifty percent of the experience is darkness. It actually is a hypnotic process, to experience film projection.

There will be film prints in the U.S., because Sony Classics understood the importance of it. Both in digital and film prints, but the limited release will be on film. So people will see it on film, because it's an entirely different experience.

Nemes: If I can do it, as a first-time director from Hungary, anybody can do it.