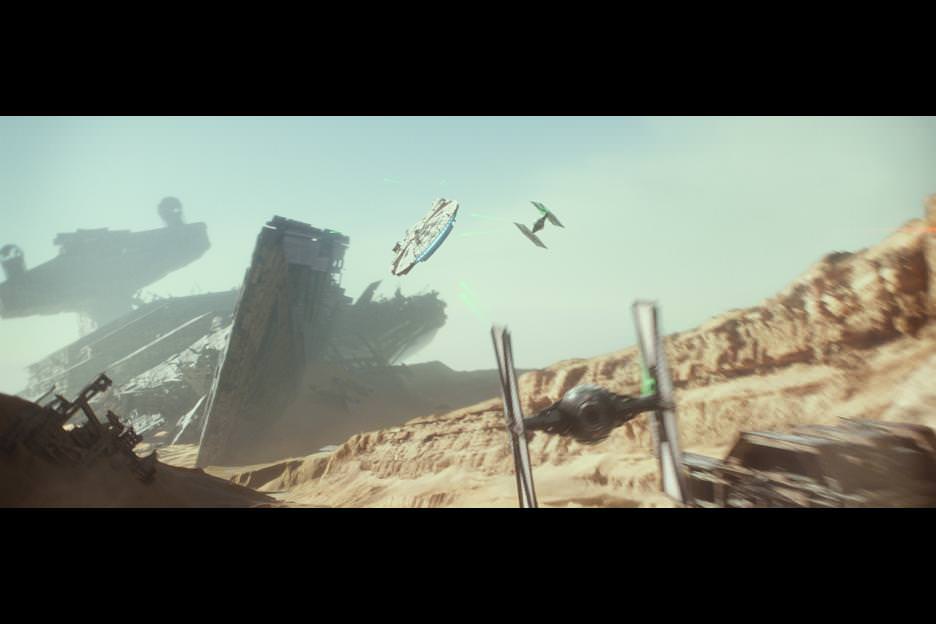 Check Out How They Updated This Classic Scene in Star Wars: The Force Awakens

Once again, if you haven't seen Star Wars: The Force Awakens, read no further. This video, produced by Tested, unlocks how Phil Tippett and Tippett Studios created the classic Dejarik holochess game for The Force Awakens, which was seen in the very first Star Wars. Don't remember that scene? Here's a refresher— R2-D2 plays Chewbacca while aboard the Millennium Falcon, and after the little droid pulls off a successful move against Chewie, Han tells him and C-3P0 that Chewie has been known to pull off people's arms after losing. In The Force Awakens, Finn (John Boyega) accidentally triggers the game while aboard the Millennium Falcon. Like so much of The Force Awakens, this callback to the Dejarik holochess game was lovingly rendered using practical effects by the same man who first created these characters 38 years ago. Only Tippett and his team couldn't just use the same characters, which were made out of foam latex, beacuse they were greatly diminished over time (and they'd been given to George Lucas, on a plaque, after Star Wars came out). The process to remake these classic holochess characters took considerably longer this time around then they did to create them originally, and then to animate them for J.J. Abrams in TFA, they used the painstaking stop-motion animation process. Every second of screen-time represents 24 individual movements for each character. What's more, there's a great little easter egg-within-an-easter egg in the scene where Finn triggers the holochess game—but we won't spoil that for you. Check out the video below to find out what it is.