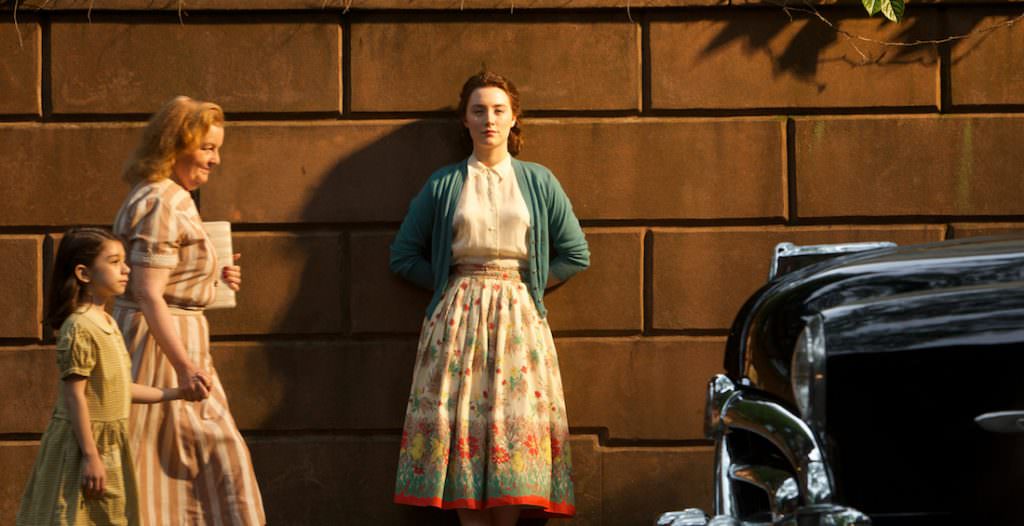 Though the romance film is about as out of vogue as ever before, it’s a testament to the work behind director John Crowley’s Brooklyn that the quiet Saoirse Ronan-starring love story has become an Oscar favorite since its premiere at Sundance earlier this year. A respectful return to the traditions of melodrama, Brooklyn is stuffed with astonishing performances and masterful design, causing many critics to take note not just of the affecting emotional qualities, but the bewitching and immersive world that envelopes Ronan’s Eilis.

We spoke with Francois Seguin, production designer on the film, about preparing the look of this distinct period piece, and the work he did with Crowley to craft a visually arresting picture from start to finish. 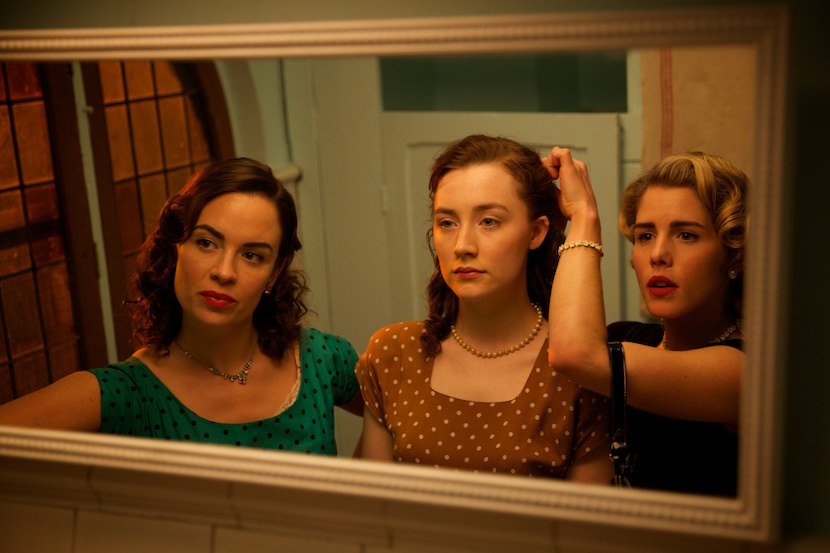 Brooklyn didn’t just start as a film, it was also a beautiful novel by Colm Toibin. Did you refer to both at the start?

Crowley’s gone on record as being very concerned with the visual tone of the film and it shows. How did you work out the look of the film?

Well, we come from the same background. I studied theater, he did as well. When you’re designing a play, you get the script, you talk with the director, you do drawing, you do models, and basically with John it was the same. You scout together, there was a lot of sitting in the car and chatting and looking at different places. After that, he let me do my job. I still draw by hand, I do watercolors, so I did little floorplans of all the locations, all the looks and we took it from there. He always said the faces are the landscapes of the movie, so we knew were going to be close to the actors the whole time. It was very organic. 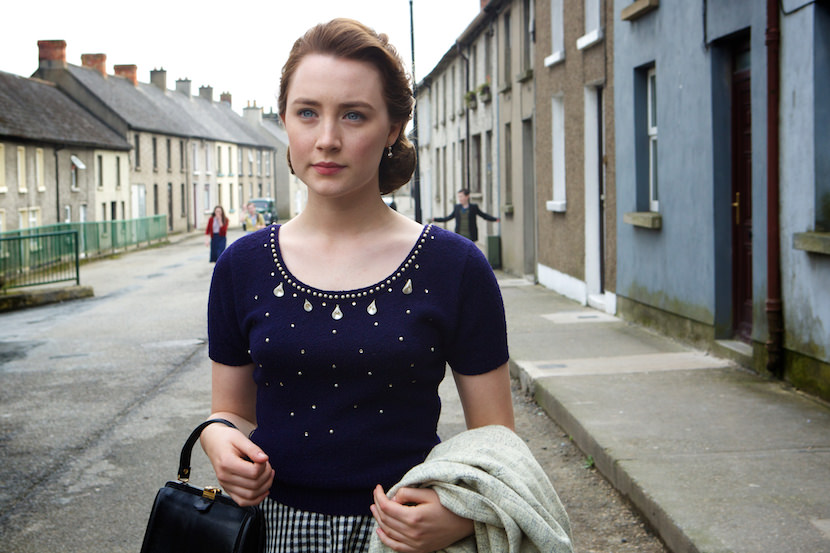 How is it working on a period piece? I’d assume that’s both a challenge and a dream.

Personally, I like period pieces. I think every designer would say the same thing. Because you have to make so many choices. Nothing is simple, nothing is there. When you do a contemporary movie, you can shoot anywhere. But in a period, you have to eliminate stuff and go to the essentials. When you do 1950s, it makes the visuals very clear and focused because everyone has to agree that’s what you’re going to shoot because you can’t turn around. So it has to be a common decision about good location, lights, all those little details. That’s the challenge of shooting a period movie.

The costumes of the film are so sumptuous, and often, the clothes compliment the sets in this really gorgeous way. How closely did you work with the costume designer?

It was a very short prep period, and I was prepping in Ireland and [Odile Dicks-Mireaux] was prepping in London and LA. We had a couple of meetings, I produced a few charts of watercolors to lay out what America and Ireland would look like. In the 1950s, it’s all green and dark brown. That’s my reading. After 20 years of doing this, you have a few reflexes. That’s what I ended up doing—1940s, 1950s is more green and brown, a lot of flower patterns. 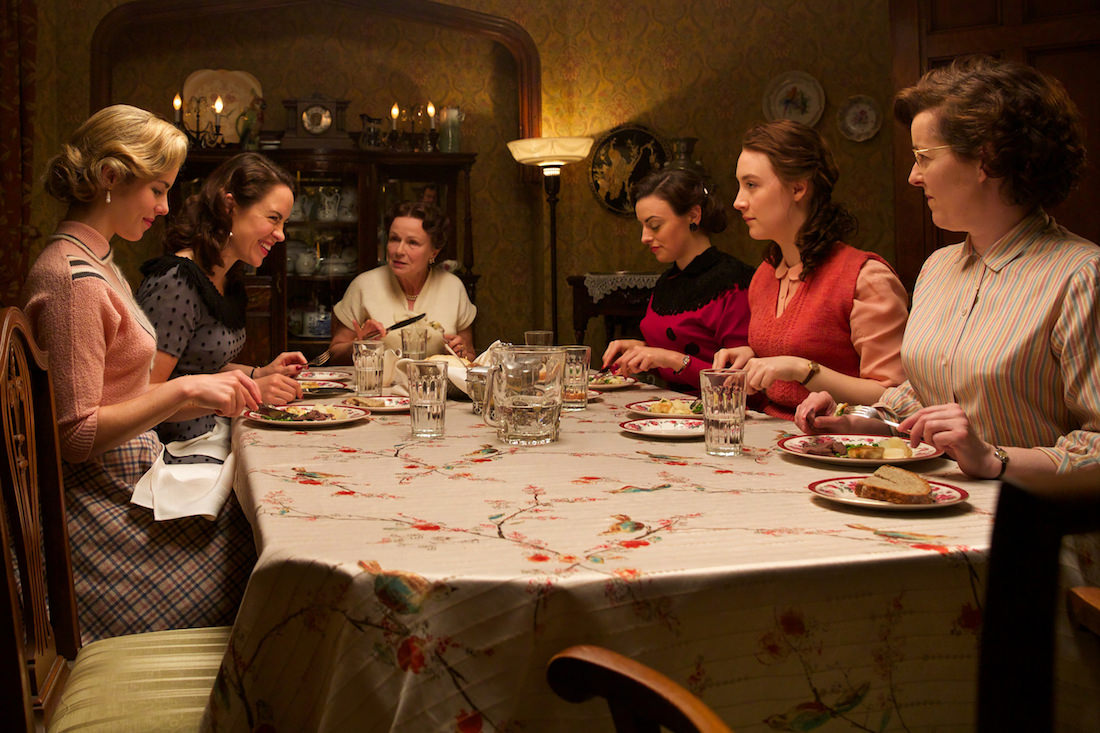 The underlying themes of this movie, specifically things like homesickness and personal growth, are really well represented visually. How much do you pay attention to the elements of the script that aren’t necessarily on the page, and how do you work from that?

There’s been a lot of movies about immigrants, but this movie isn’t about that. It’s not about the poor, miserable hungry kids who moved to America to survive. It’s a story of a young woman, she’s almost a teenager. But going to the new world, going to a place where it’s bigger. So for me, I feel like the 50s are the beginning of the golden age of America. It was still the hope. Those immigrants are not dirt poor, they’re just moving to open the mind. For me that’s what it is. She wants to leave this small village where everybody is, so she goes to the big city and she’s going to bloom and become a woman. Emotional traveling, you know. She comes, she’s a little mousy, and by the end, she’s a new woman. 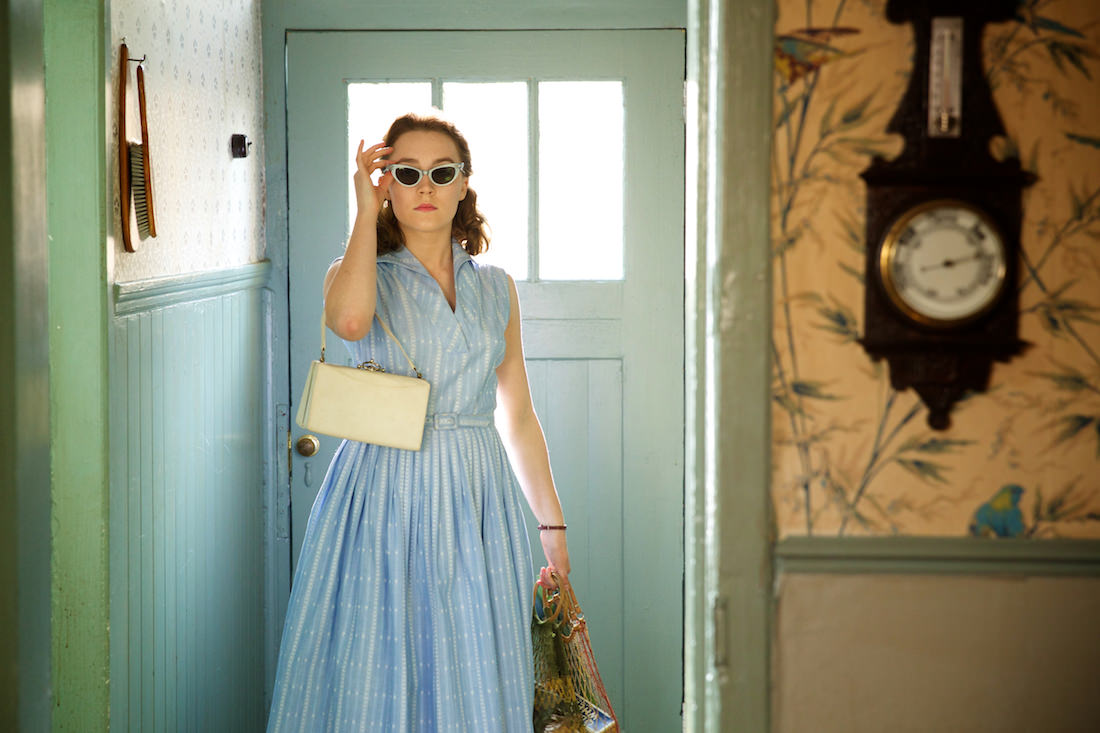 You’re following her emotional evolution through your visual elements.

Yes. It’s about acting, but it’s about the costume and the sets. We follow her blooming, the light and the costume and the acting, she’s blooming as we go. It’s a big traveling piece. When she leaves, she’s a little sad looking and at the end she’s gorgeous and she’s smiling.

I try not to watch specific movies when I’m working on one, because I don’t want to let an image burn in my brain, if it’s brand new I might get stuck with them. So I just start fresh. I’ve done a lot of period movies, but I do my own research without looking at other films. I will look at them after, but I don’t want to be influenced or jealous, I don’t want to have my vision tainted by others because for me it’s dangerous. I think it’s better to start from scratch. I use a lot of book reference. Books published in 1950 about women, interiors, I have all those. But at the same time, this movie, the sets have been established not by Eilis but by the other generation. The movie takes place in 1950, but she was born in 1932. So the sets in Brooklyn have to be set prior to the 50s. The only set in the film close to 1950 is the diner, with chrome and whatever. But all the other sets are older. Because she’s not so modern, it’s not the world of the character. 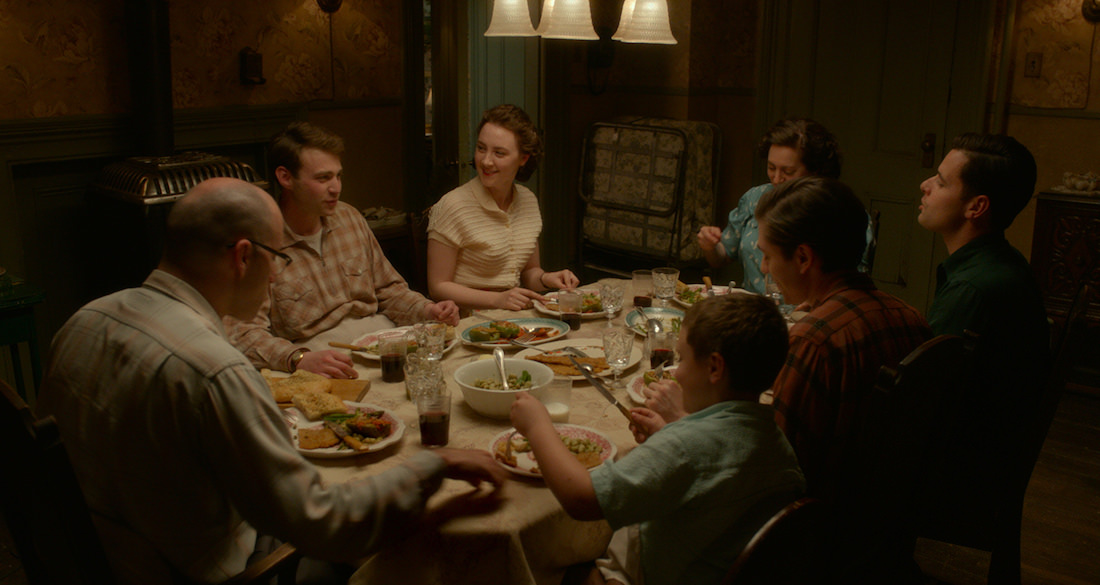 How did you go about representing the differences between Ireland and America?

For me, they’re all Irish. You would think that people from Ireland that move to Brooklyn, you still know that they were born in Ireland. There’s more room in America, all the interiors we have in Ireland are tiny rooms. The kitchen is small, the bedrooms are tiny. It’s all squeezed, and when we get to America, there’s a big dining room and a bedroom. So I wanted to touch on the luxury of space. The difference between Ireland and America was space. When she works in Ireland, it’s tiny but in America, it’s much bigger. America was bigger and freer, that was my take.

How is everyone feeling about the Oscar buzz? This film started so small, so how has that been for you to follow the journey?

I’m happy and proud about the work we did. We didn’t have any clue it would take this momentum. And I’m very happy for John and the actors, and myself. I’m really happy for the movie. I think it’s a grown-up movie, we don’t have so many of those. It’s a change of tone, and that’s very refreshing.