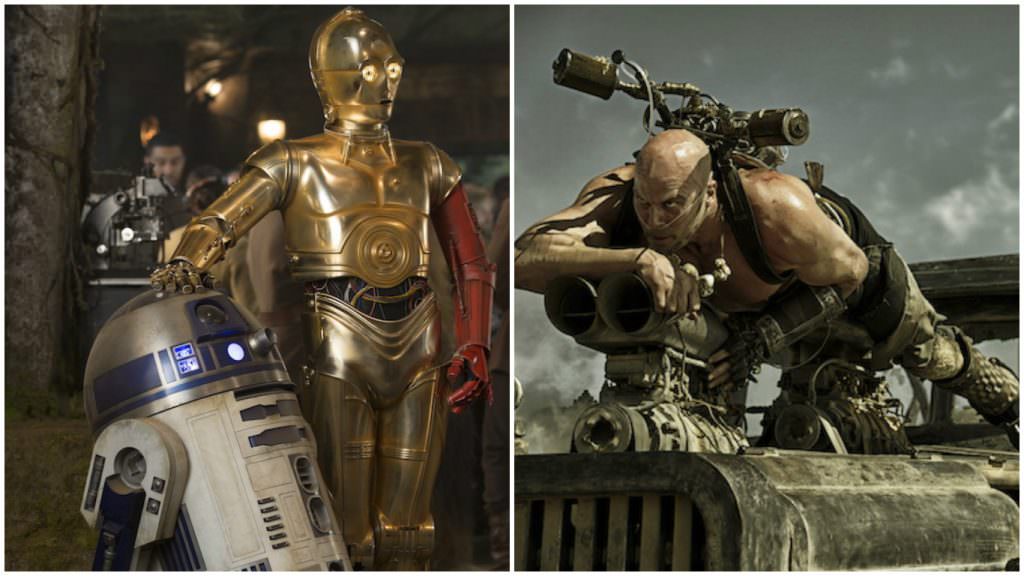 A quick glance at what we're reading around the web.

In a must read for Star Wars fans, Vulture’s Boris Kachka chats with “Star Wars’ most special effect of all,” Anthony Daniels, the man in the golden droid suit.

Speaking of The Force Awakens, Slashfilm’s Peter Sciretta attended the film’s press conference this past weekend (in which there was no footage shown, the event’s location was kept secret, and attendees were asked to shut off the geotagging on their phones) and rounded up ten interesting things he learned.

The momentum continues for Spotlight and Mad Max: Fury Road. The former was named the top film of 2015 by the Washington, D.C. Area Film Critics Association today (and just won the top award from the L.A Film Critics), while the latter took home three awards, including best director honors for director George Miller. Mad Max, which was named the National Board of Review's best film of the year, also won the award for best production design and best editing from the D.C. Area Film Critics Association. And finally, Leonardo DiCaprio won his first top prize from a major critic’s organization as he earned best actor for his role in The Revenant. Here’s the full list of winners. Here's our interview with Mad Max: Fury Road's art director, Jacinta Leong.

In other award news, the gripping Ex Machina continues to impress—it won big at the British Independent Film Awards. Read our interview with the film's director, Alex Garland, and production designer, Mark Digby.