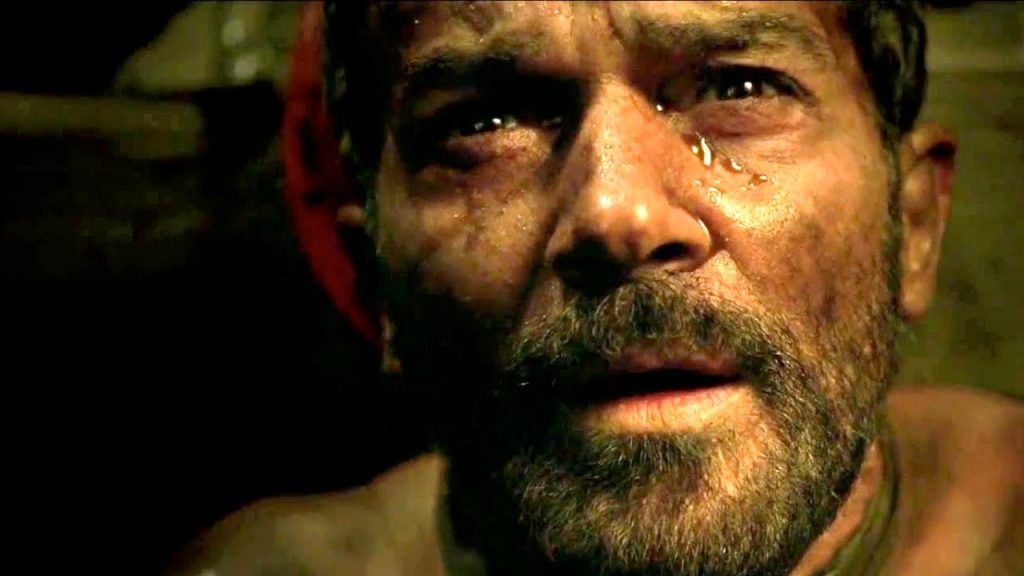 The 33 & the Surprisingly Rich Tradition of Mining Movies

Warner Bros’ upcoming release of The 33, which recounts the 2010 rescue of 33 trapped Chilean miners and the plight of their families and friends above ground, is part of a long history of movies’ fascination with miners and their way of life. It makes sense: mining is a tradition full of inherent drama and danger; there’s conflict between business and labor interests; as well as generational conflicts. By no means a definitive list, here’s 10 of my personal favorite films with storylines or themes that compliment the much-anticipated The 33.

1. Harlan County, U.S.A. Barbara Kopple’s Oscar winning documentary is an up-close look at a prolonged strike in a Kentucky coal mining town. With stunning verite footage, this film still packs a visceral punch, especially in its focus on the women of Harlan County who organized, stood alongside miners on the picket lines, and risked getting shot by coal company goons. It’s as relevant and powerful today as it was in 1976.

2. Salt of the Earth. Women also play a huge part in this landmark, neorealist 1954 film. Actual miners and their families make up much of the cast in this story of a long and difficult strike in New Mexico (it’s based on the 1951 strike against the Empire Zinc Company in that state). It’s also notable because the creative team — writer Michael Wilson, director Herbert J. Biberman, and producer Paul Jarrico — had all been blacklisted in Hollywood due to their alleged communist politics.

3. How Green Was My Valley. John Ford’s heart-wrenching saga of the Morgan family, hardworking coal miners in South Wales in the 19th century, won the best picture Oscar in 1941 (yes, it beat Citizen Kane). It also has Walter Pidgeon, Maureen O’Hara and Donald Crisp. But it’s young Roddy MacDowell as the boy whose life is forever changed by events that shake the mining town and his family that still stands as one of Hollywood’s great juvenile performances.

4. Matewan. Writer-director John Sayles based this drama on a real incident from the 1920s, when workers from a West Virginia coal mine went on strike. As usual, Sayles esembled a terrific cast: Chris Cooper as a tough labor organizer who arrives in the town; James Earl Jones as one of the black scabs brought in by the coal company; and Sayles veteran David Strathairn as the town’s principled sheriff. The late, great musician Hazel Dickens (whose songs fill the Harlan County U.S.A. soundtrack) appears to sing her a cappella ballad, “Hills of Galilee” during a funeral scene.

Chris Cooper also shows up in director Joe Johnston’s moving little drama from 1999. He plays a hardened mine supervisor in Coalwood, a fading West Virginia mining town in 1959 who’s estranged from his teenage son Homer (Jake Gyllenhaal) Inspired by the space race, Homer builds rockets with his friends. His science teacher (Laura Dern, terrific) encourages his ambition for a life beyond the mines. The film is based on the highly-regarded memoir Rocket Boys by Homer Hickam, who became a NASA engineer.

Billy Wilder’s 1951 film remains a searing indictment of the press and American culture. Kirk Douglas plays sleazy, drifting newspaper reporter Chuck Tatum who after being fired in New York takes a job at little paper in Albuquerque. Sensing an opportunity, Tatum turns the tragedy of a local man trapped in a cave collapse to his own headline-grabbing advantage. He conspires to slow down the rescue of the man so he can profit from his sensationalized journalism. Soon, the rescue site becomes a carnival of fame-seekers and money-grubbers — a scenario that seems eerily prescient about modern reality-show and celebrity culture and media exploitation.

7. Kes. Ken Loach’s gritty 1969 coming-of-age film was named one of the 10 best British films of the century by the British Film Institute. Billy (nonprofessional David Bradley, authentic and riveting), a 15-year-old living in near-poverty in Northern England, adopts and trains a wild kestrel. “Kes” provides Billy with an escape from his hardscrabble life, and from the abuses of his older brother who, like all working men in the town, toils bitterly in the coal mines. The final shot, a metaphor for Billy’s future, remains one of the most haunting in cinema.

8. The Treasure of the Sierra Madre.

“An ounce of gold, mister, is worth what it is because of the human labor that went into the findin' and the gettin' of it,” says the grizzled prospector played by Walter Huston, who all but steals the movie from the formidable Humphrey Bogart as a desperate American seeking gold in Mexico’s mountains. Walter, of course, is the father of John Huston who deservedly won the Oscar for writing and directing this still-compelling 1948 classic.

This 2005 fact-based movie features an Oscar-nominated performance by Charlize Theron as Lois Jenson, a single mother who returns to her hometown in Northern Minnesota and gets a job at the local iron mine. She and other female miners endure constant sexual harassment by some male coworkers and further abuse by resentful townspeople. The film becomes a stirring social justice movie as Lois files a sexual harassment case against the Eveleth Taconite Company. Directed by Niki Caro, it features standout supporting performances from Frances McDormand, Jeremy Renner and the Coal Miner’s Daughter herself, Sissy Spacek.

Martin Ritt’s 1970 movie is based on the true story of a secret organization of Irish coal miners in 19th century Pennsylvania who fight oppressive mine-owners by destroying shafts and equipment. The great cast is headed by Sean Connery as the Irish immigrant leader of the Mollies; Richard Harris as the Pinkerton detective hired to infiltrate the group; and Samantha Eggar as his love interest. Both director Ritt, who’d go on to make Norma Rae and many other classics, and screenwriter Walter Bernstein were blacklisted by Hollywood in the 1950s.