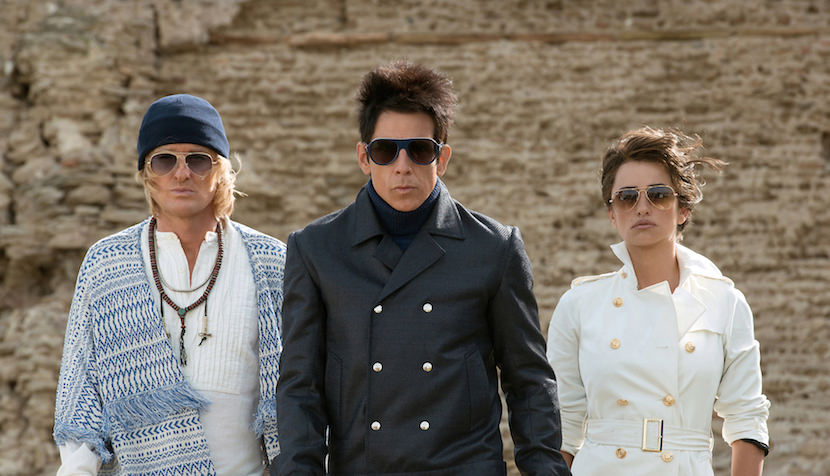 With the second trailer fleshing out more ludicrous plot details, Zoolander 2 just became our most anticipated comedy for 2016. Washed up and left behind by the fashion world, Derek Zoolander (Ben Stiller) and Hansel (Owen Wilson) are plunged into the Bond-ian realm of international espionage when the world's most beautiful people (Justin Bieber, Usher, etc.) are murdered, each captured in their last moments (in Bieber's case, captured by himself in a deathbed selfie) brandishing Zoolander's trademark look, "Blue Steel." Interpol's best agent, Montana Grosso (Penelope Cruz) enlists Zoolander and Hansel to help her identify and capture the mastermind—none other than Zoolander's arch nemesis, Mugatu (Will Ferrell).

The idiocy and self obsession of Zoolander and Hansel in the first film was prescient—Zoolander 2 gives them the world they helped create, filled with selfies, social media, and hyper-attention to our own image. With that in their back pocket, writer Justin Theroux (currently starring on HBO's Leftovers) and director Stiller have stacked the deck with supporting roles by the likes of Kristen Wiig, who's nearly unrecognizable as the botoxed, post-several-surgeries Alexanya Atoz, Benedict Cumberbatch as the pansexual model All, and once again Billy Zane as…Billy Zane. The list includes the aforementioned Bieber, Kayne West, Olivia Munn, Christine Taylor (returning), and Fred Armisen.