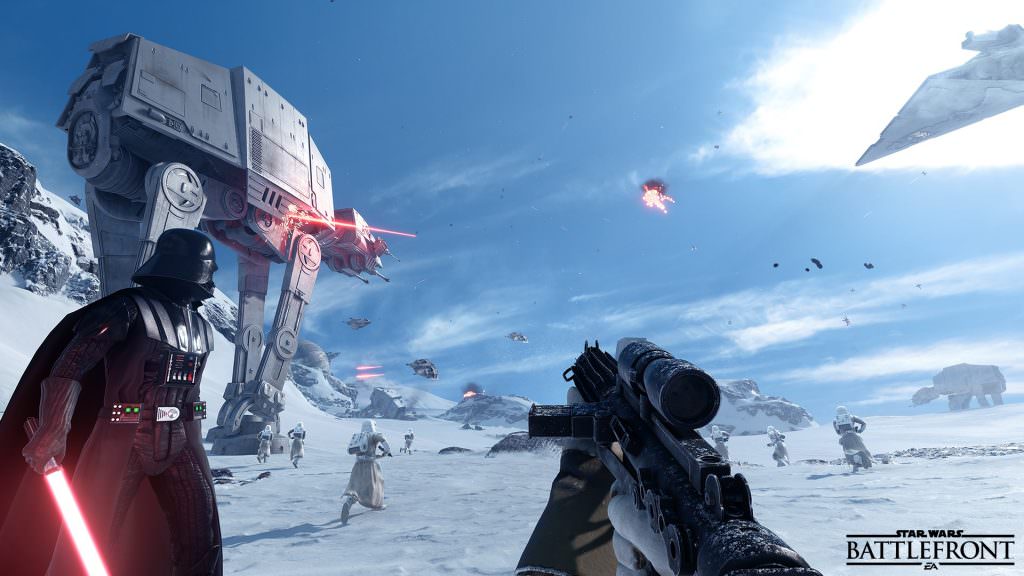 If all we were talking about was the production value alone it would be pretty astounding. Here’s a trailer for a video game that features at least a dozen different locations, dozens of actors and legitimate special effects. Yes, that game happens to be EA’s Star Wars: Battlefront, but the era of big budget video game trailers is still a fairly new one. Yet that’s not even the wildest part, as this trailer also features a bonafide movie star, Anna Kendrick, in it’s climatic final live-action shot.

The spot’s premise is based on the iconic light saber battle between Obi-Wan Kenobi and Darth Vader, in which the former leaves nothing behind but his empty brown robe after Vader strikes him down. As we know, of course, Kenobi is just beginning to torment his former Padawan,  and will return to counsel Luke from beyond the grave in his battle against Vader and the Dark Side. As you’ll see in the ad, regular people from all over the world are willing and ready to Kenobi themselves into the video game, giving up their regular lives and its’ endless accountabilities for a life spent battling in a galaxy far, far away.