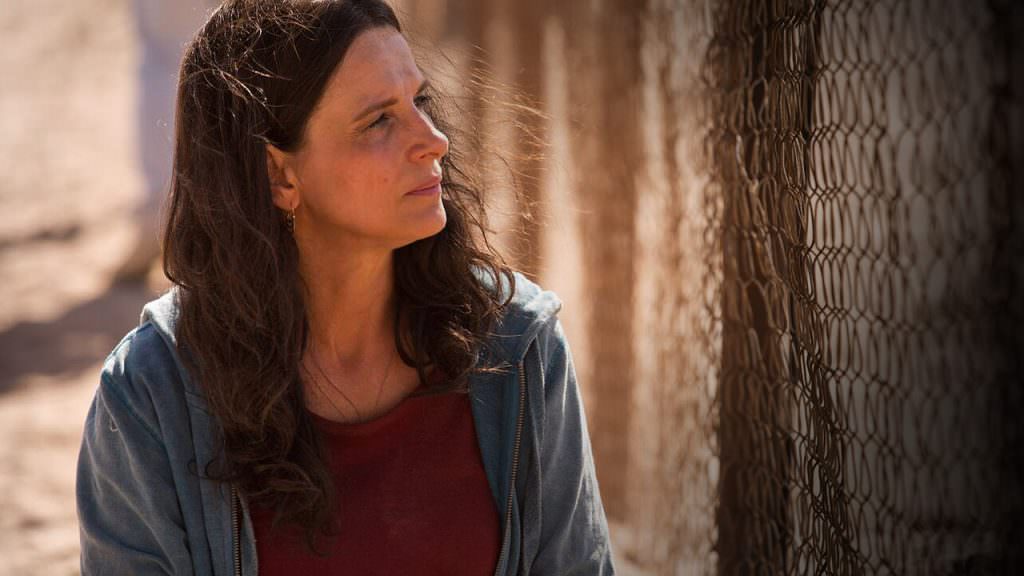 Juliette Binoche on Being Drawn to The 33

Juliette Binoche has the lead female role in The 33, a movie named for the 33 male Chilean coal miners who spent 69 days below ground in 2010. Although the glamorous French actress is widely known for appearing in The English Patient, she rarely does big international-cast productions, preferring to work on a smaller scale with such notable art-film directors as Oliver Assayas, Michael Haneke, Abbas Kiarostami and Hou Hsiao-hsien. But Binoche was drawn to the real-life part of Maria Segovia, the sister of one of the trapped men. Segovia rallied the families and goaded the government to rescue the 33.

The movie, which opens today, Nov. 13, was directed by Mexico-bred Patricia Riggen, and stars Spaniard Antonio Banderas, Irishman Gabriel Byrne and American Lou Diamond Phillips, among many others. Binoche discussed her role and the story's wider implications at a hotel near Washington's Kennedy Center, where she had just finished a brief run as the title character in Sophocles' Antigone. That tragedy, in which Antigone defies King Creon in order to honor her dead brother, was also on the actress' mind. Binoche's exuberant remarks, which have been edited for length and clarity, began with her musing on the power of the woman she plays in The 33.

"I think Maria Segovia had this voice," she said. "The need of justice. The need to be heard. The need to invent a way to make a miracle, not knowing whether it's going to be realized or not. There's something in her that is beyond the reality. Not knowing whether those men are alive or not. Knowing that she's impotent, that she doesn't have a shovel to take the earth away. But to scream, and to speak out like she did. To make it possible. I think that's really what touched me."

"There's this feminine call of trying to wake up humanity and, I would say, the man's world. That touches me very deeply. Also, because the men are *stuck*. They're in crisis. And it feels that we're all very much in that situation — the planet is. We're stuck. We're in crisis. We don't hear the mother call, the feminine call, the nature call. To me, somehow this voice coming out of her chest is something that is very moving and necessary in our world. That's why I wanted to make the film, because as a symbol, as an archetype, it feels to me that it's essential in our world."

Is it a different kind of experience to play a living person?

Oh, for me, they're all alive. They all become alive, even though you play a historical character, you have to make them alive.

I didn't meet with Maria Segovia before starting the shooting — unfortunately, because I would have loved to. But it was not possible. But when I played a fictional Bosnian woman, for example, in Breaking and Entering, I met with a lot of women who'd been through the same story.

The key word is "truth." As an actor, you start from your own truth. And making parallels so you understand the other person, the one you're going to play. You have make this person so real, that it has to come from a true place. So of course I do all the research, or I meet the people and their lives, or I read books if there's no films about them. But you build the character from yourself. You're not trying to get a structure outside of yourself.

When I did met Maria Segovia, even though we're physically different, there was something in her that made me feel, "I know this person." I think it was reciprocal, that she felt the same as well. I think it had to do with the knowledge of surviving. Because I know what it means to survive, and she knows it in a different way. 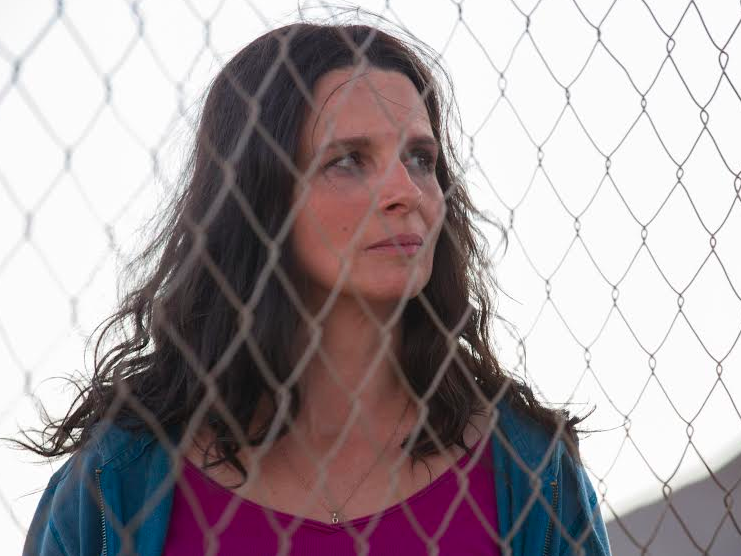 Juliette Binoche in 'The 33.' Courtesy of Warner Bros. Pictures

So there's no special sense of obligation when you're dealing with a real person?

So it's the same with Antigone?

Absolutely! Yes, because she's the feminine side of Creon. That he's not listening to, that he doesn't want to take in. He divides the good from the bad; she's going to the bad and making it good. Very much like Maria Segovia, in a way. She goes to where there's a problem, and speaks till it changes.

Watching the movie, I thought of Greek tragedy, because you have the men who are in the struggle, and then you have — they're not all women, but there's a sort of chorus above ground.

Yes! Absolutely! There's an archetype. For me, it's masculinity being in crisis, going through emotion, meeting their evils. Their needs, their fears, their anger, their jealousy, their greediness. All the emotions we're going through. It's very much our planet. And we don't hear the feminine side of ourselves. Mother nature's saying, "Hey! Come on! We've got to move to another consciousness."

This call from the feminine is, "I won't let you go. I don't know whether you're dead or alive, but we believe that you're going to be alive and you're going to rise!" That's why I wanted to play her.

It's like the masculine side in everyone, men and women. The masculine need to think, "We're on the top of the world. We're the biggest, the most powerful, we possess everything, we enjoy everything, we want everything." It's time to deemphasize that masculine side, and turn to our feminine side. Which is the weaker, in a way. You have to allow that you're fragile in order to encounter this side of yourself. But it's a call to go back to our humility.

A less classical theme of the movie is modern celebrity culture. The families of the miners find themselves surrounded by news-media cameras. Was that something you identified with?

It was interesting, because Maria Segovia spoke very freely to the media. Her anger, her passion about making something happen for those guys. And for the government to do something. At the beginning they were not going to do anything. Because it was a private mine.

She spoke to the media. She had no fear. Louder than anyone, and people started to say, "She wants to be a star, she's taking over the power." I don't think it's true. I think she was so genuinely feeling the injustice of it all. Being a survivor, and needing for those guys to rise, that nothing would stop her. And I think that's one of the reasons why the government moved their asses.

It seems that recently you've worked with more women directors. Have you consciously sought to do that?

No. It's just that there are more women coming into directing.

So working with Patricia Riggen didn't make a difference in the experience of making the movie?

I could see that she had to struggle. Being a woman director is not easy, especially when you have 33 men. But for me, it's not about being a man or a woman. We all have those two layers in us. We have both sides. We have a right and a left. Those two poles are opposites, but also complementary. We have to have a balance of those two aspects. We need to make a wedding inside ourselves.

Check out our interview with The 33 cinematographer Checco Varese here.