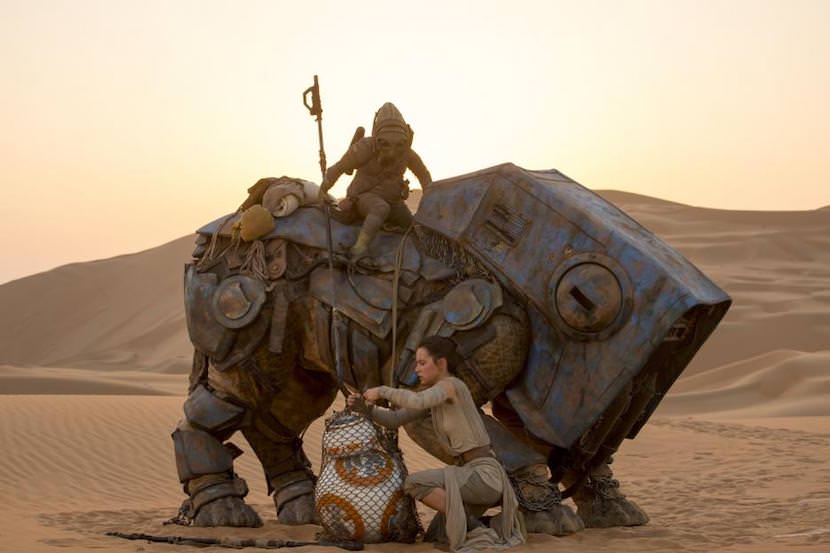 Yup, it’s another new round of TV spots for Star Wars: The Force Awakens, and in just 30 seconds this new spot has some incredible new footage. First, let’s show it to you so you can experience it yourself, then we’ll parse the new stuff we’ve detected. As these new spots have each given a few new sequences, we're starting to get at least a hint of what J.J. Abrams, Lawrence Kasdan and the rest of the Force Awakens crew have cooked up. This is a story about three unlikely allies joining forces against a grave threat—not very far from the original Star Wars, which gave us a reluctant, confused hero and the various allies and enemies he met along his journey.

At 9 seconds in, is that what we’ve come to believe is a Jedi temple being attacked by TIE fighters?

At 12 seconds in, there’s a brand new shot of brand new kind of ship getting demolished that Rey (Daisy Ridley), Finn (John Boyega) and BB-8 seem to be heading for.

At 19 seconds, we get Rey and Finn inside the Millennium Falcon!

At 21 seconds, Rey is firing her blaster (we assume the one Han gave her) at Kylo Ren, who blocks them with his pronged light saber.