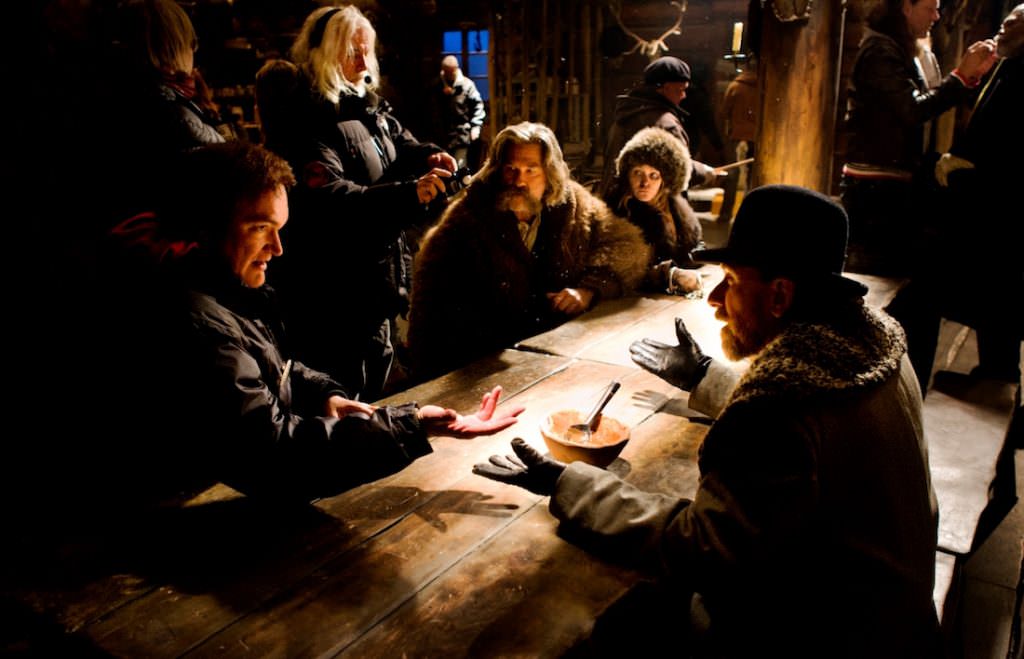 If You Can See The Hateful Eight in 70mm, You Should

Back in the day, roughly between 1952 and 1974, select films were given the "roadshow" treatment. This meant that in cities like New York, Chicago, Atlanta, San Francisco, and Los Angeles, film audiences would go see a film that would include programs, an intermission, and even musical interludes. For the really big films like Gone With the Wind, El Cid, and Ben Hur, the films were a true event, with people dressing up for their big night at the theater, with the intermissions offering moviegoers the chance to talk about the film and, perhaps, get a drink to limber up for the second and third acts.

While those days are long gone, writer/director Quentin Tarantino, something of a film historian as well, is reviving one major aspect of the "roadshow" for his upcoming film The Hateful Eight, the film's format. Shot in 65mm, and to be projected into 70mm on select screens around the country (which is about twice the size of your typical screen), Tarantino's western will have a grain and color, and width unmatched in modern filmmaking, making his film only the 11th shot in Ultra Panavision, the widest format there is.  In fact, it's been nearly 50 years since a film has used the lenses that cinematographer Bob Richardson used for The Hateful Eight, 1966's Khartoum.

But don't take our word for it—let Samuel L. Jackson, Tarantino, Richardson and the cast explain why you should see The Hateful Eight in 70mm if you can.