To make The Armor of Light, documentarian Abigail Disney followed two people with strong feelings about guns. The Rev. Rob Schenck is a longtime anti-abortion crusader and conservative cleric who has come to question the American right's enthusiasm for firearms. Lucy McBath is the mother of Jordan Davis, an 18-year-old African American who in 2012 was killed by a Florida man who fired into a car because it was the source of loud music. (The case was the subject of another documentary, 3 1/2 Minutes, Ten Bullets. The shooter employed a stand-your-ground defense, but was convicted of murder.) While Schenck and McBath come from different worlds, both are Christian evangelicals, and have become allies.

This is the first film directed by Disney, who is the granddaughter of Walt Disney Company co-founder Roy O. Disney (and thus the grandniece of Walt). She is president and CEO of Fork Films, a New York production company, and the producer of Pray the Devil Back to Hell, a 2008 documentary about the role of women in ending conflict in Liberia. Disney and McBath talked to The Credits in Washington, D.C., where Schenck runs Faith and Action, which ministers to Capitol Hill politicos and officials. The interview, which has been edited for length and clarity, began with Disney's explanation of her original motivation for the film, which opened on Oct. 30. 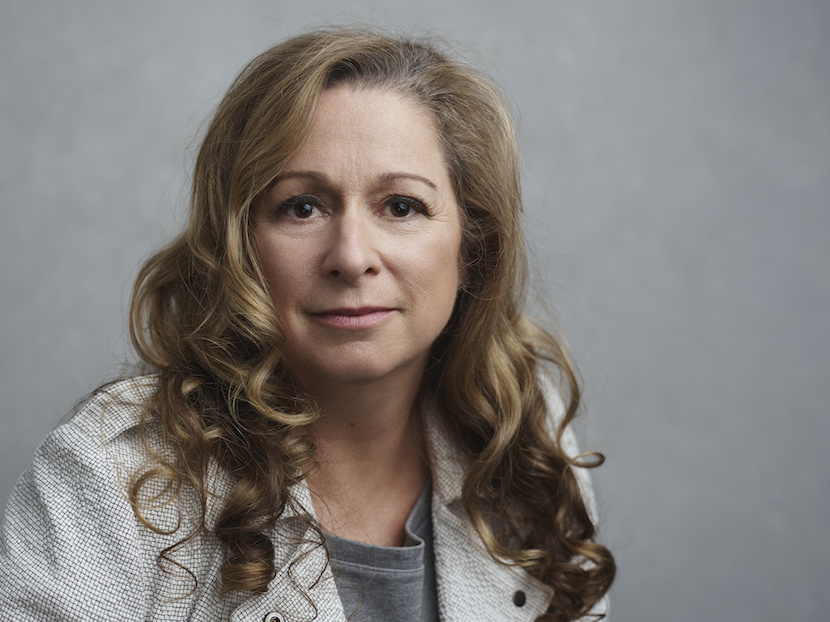 Disney: I've cared about the gun issue for a really long time. I was giving a lot of thought to where you could interrupt the rigidity and paralysis on this issue. I was so struck by the language about the sanctity of every human life that we hear on the pro-life side. Yet very often it's the same folks who are there with language like, "make my day" and "stand your ground." There's this almost hunger for conflict and an eagerness for violence that just doesn't comport with the rest of the language.

It seemed it was important to find a way to explore that. So I went looking for people who could help me do that, and Rob was the first person — not that I met, but who was willing to work with me.

Do you have a personal experience with guns?

Disney: No, I don't. That's what's weird about me. Very often when people come to this, it's because they've had a personal experience. But social movements don't ever get anywhere unless people who have nothing to gain from them join them. I don't know why I've been obsessed all my adult life with violence in this country and our particular love affair with it. We have a mythology and a romance with violence that I've just never been able to understand.

Where you always looking for evangelicals?

Disney: That was where I started. Partly I was looking for conservatives who would talk about what I don't think are conservative values. They're aligned with what is now called conservative politics, but these are radical, socially destabilizing values. I was raised as a conservative, and I may not be a conservative now, but I know those values. I understand them. And they are unrecognizable to me now.

So I was looking for apostates and heretics. The first stop was evangelicals, because they are the most vocal conservatives about both pro-life and gun-rights issues, and the inconsistency is just hard to understand. 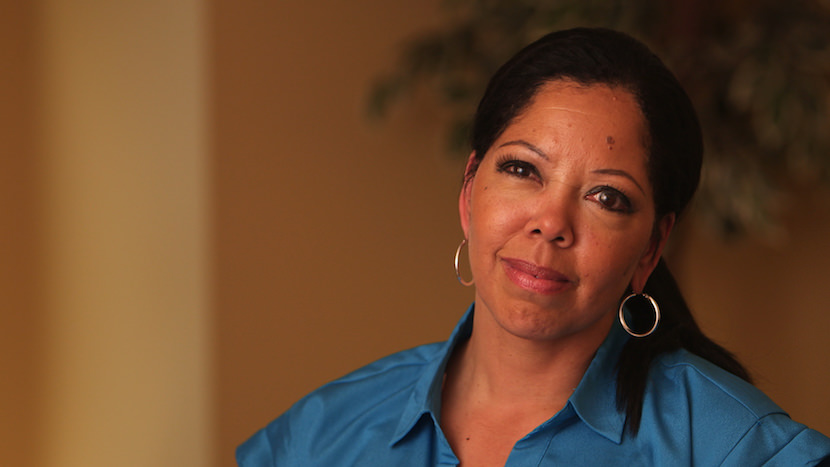 Did you have a sense of the shape of the movie when you started?

Disney: So not! [laughs] I mean, I guess I did, but it has no relationship to the film we made. We were going to make a documentary with a history of the National Rifle Association and cut these personal stories in around it. I think the history of the institution itself is very intriguing. But we had very compelling people to follow, and the cinema verite story, I know from experience, is a much more powerful way of reaching people's hearts.

When you start taking about the NRA, everybody shuts off, because they've already got an opinion. I wanted people to open, not narrow. I wanted people leave the film ready to engage with other people, anxious to have a conversation and continuing to think about it.

You think of this movie as verite, not a polemic?

Disney: No! I hope it's not. I certainly have a point of view in this film. I didn't want to be so open to dialogue that there was no "there" there. But I do feel like it respects everybody in it. If anybody comes out not looking good, it's because they have, in their own language, said something that's unappealing to the viewer. We're not editorializing in the film.

I really think that it opens conversations, and that's been my experience of it with audiences. People will say to me, "I'm still thinking about it. I've been talking about it with everybody I've met." So it seems to be working. 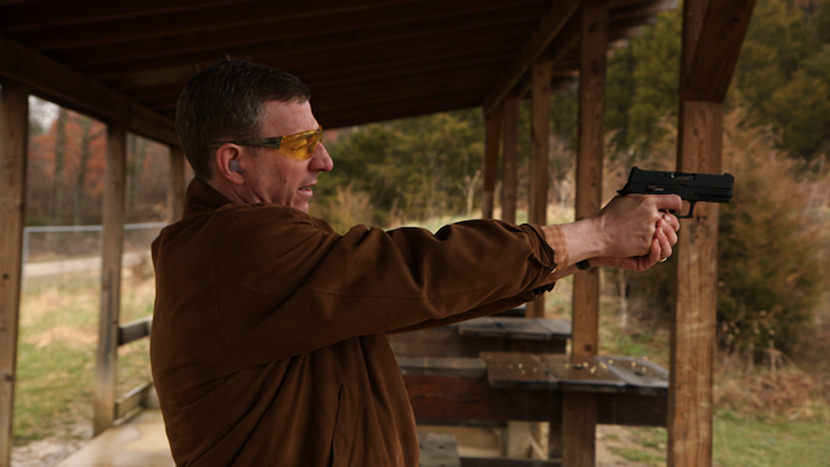 The movie's central story is Rob Schenk's change of heart. Was there are parallel change in your outlook?

Disney: Yeah. I came to it with some prejudice about evangelicals. Which I'm ashamed of now that I've lived among them, and they've welcomed me warmly. I'm angry at myself for that. I now recognize that I was partly making peace with my childhood. I was making peace with my very conservative parents. And also maybe trying to find a role for religion in my own life. I've been willing to go back to church and listen with some humility for a change.

I grew up Catholic. That's been really nice, to find myself on Sunday mornings looking forward to going to church. That's a development I didn't expect. And Lucy's so happy. She feels like she won. 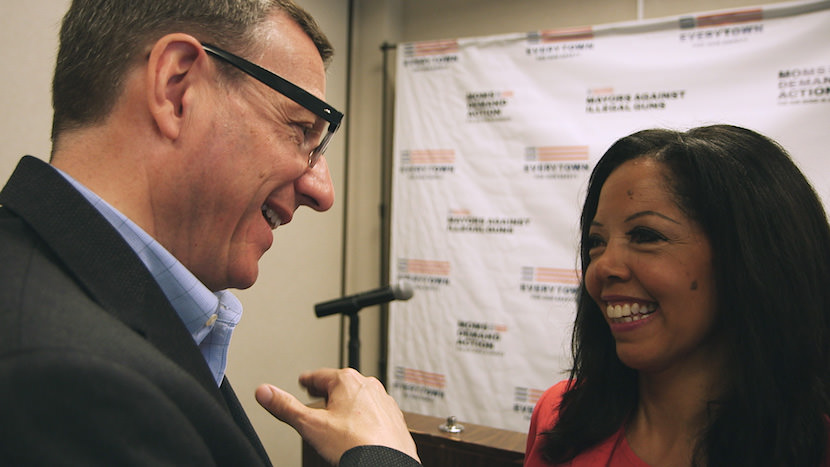 McBath: It's been really interesting watching the evolution of both of them. It's been a blessing for me to watch Rob overcome the conservatism of his faith to reach the godliness of his faith. And then to watch Abby, who's been questioning faith, now come to a deeper understanding. And for me, it's really just been a matter of trying daily to walk out my faith. My ideas haven't changed from what I've always believed, but it's now having to walk that out with people that don't agree with me. That's been my challenge.

You show some conversations among Schenck and his pro-gun peers that are incredibly unguarded. Was that possible just because you were present for so long that they forgot about you?

Disney: I think that's part of it. Rob and I really developed a deep trust. And there's such trust for him in his world that people were willing to trust me, by proxy. I was amazed that people let their guard down as far we they did, especially in the argument with the pro-life ministers. But also they felt so confident in their point of view. That nobody could disagree with their logic.

Trust takes a long time to build. It takes a willingness to shut the camera off when they ask you to. [laughs] That's sometimes hard to do. But it was greatly rewarded, I think.

You say they trusted him. But at times it seems they're about to attack him.

Disney: [laughs] Yeah. But these are people who have long, deep relationships. In a tumultuous political world. I would imagine there's been conflict before, and there will be conflict again between them, They know how to manage that. But the anger in that one meeting was pretty powerful. I don't know if their friendship will recover from that.

Lucy, how did your story enter the film?

McBath: So Jordan's father and I came to New York and had a meeting. Even though everyone was talking to both of us, I could sense that whatever Abby would do would be more from a woman's perspective. But I didn't know for a long time that it has boiled down to her following just Rev. Schenck and me. I was surprised by that.

Disney: The film kept shaping and shaping. You can't imagine how many hundreds of films we had along the way.

Did you feel an affinity for Schenck at first?

McBath: Meeting him at the very beginning, I was nervous. He was the first clergyman in the country really willing to sit down and have a discussion about the nature of gun violence. So many pastors said they'd support me, and then when I walked out the door….If I reached back to arrange an event to talk about gun violence, there was a shutdown.

For Rob, being a white evangelical, that was huge for me. I understood that was the population that really needed to hear what I had to say. But of course I didn't have the means to say it. Meeting Rob Schenck was so important to me, because I understood that, as a missionary to the legislators, his voice would be key. That people would listen to him, more so than they would listen to me.

In the movie, Schenck talks about the culture of fear. Do you think that movies and television have a role in creating that?

Disney: Absolutely they do. That's the heart of the problem. The NRA has amped it up, and they have much to gain by doing so. You see it in the film; it's really shameless. It's not just in terms of fear that they've amped it up, but also the romance of violence and the obsession with the gun. We're so saturated in blood. It's going to take some creativity to do something different.

One of the reasons I made this film is because I really believe in my heart that when people choose to act from conscience they'll do irrational things that are not in their own interest, but really will be better for everyone. There's a way to trigger conscience in filmmaking, too, and in media. I really hope that we can engage with Hollywood on that.

TAGSAbigail Disney The Armor of Light