What if the asteroid that killed off the dinosaurs missed the earth completely and they never became extinct? That’s the question The Good Dinosaur asks as it explores the relationship between an Apatosaurus named Arlo and his human pet/friend. We chat to Pixar animator Kevin O’Hara about how technology has changed the animation game and being inspired in the early days by a meeting with legendary Donald Duck animator Milt Neil.

You've been in the animation game for a long time, and you've obviously seen some huge changes. What would you say are the biggest shifts that you've seen?

Yeah, I am a bit of a dinosaur myself, as far as animation. I've been animating twenty-six years now, I think. It's a long time. It's funny, because when I'm working with the animators; the animators have pretty much stayed the same no matter what the medium. When I came into the industry, I was doing the hand-drawn animation, and the people I would work with were very passionate. 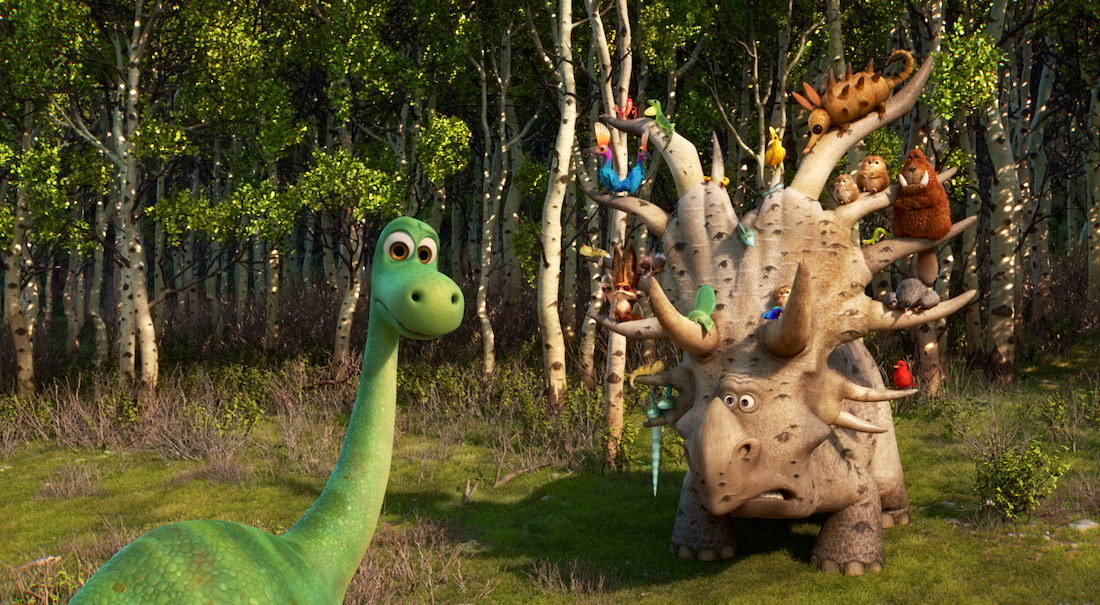 How did the computer change the way you work?

Working on the computer, it seems like a different tool, but the animators themselves are very much the same: Very passionate, always animating around the clock, talking about what they did on the weekend or maybe something with their family that they could bring into their work, so the technology may have changed a bit now, being able to work with the computer. Sometimes it makes our life a lot easier, and sometimes it will give us other challenges.

Can you give me a couple of examples?

Yeah, sure. As an animator or a draftsman, sometimes it's easier for me to articulate what I'm thinking or feeling through drawings. I can do it on a piece of paper. Where sometimes on the computer, it's a different way to convey those ideas to get what the director's looking for in the film. It's just maybe a little bit using a different side of your brain to be able to get that out, but then once you do, the possibilities start to open up even more. It can maybe make something that you may struggle with as a draftsman easier.

You can spend time building the original character, and then not have to redo it again and again. I imagine that’s a way computer animation makes things easier for you?

Oh, yeah, that's true. Where maybe it would look better if we saw this character three-quarter, we could rotate that a little easier on the computer, versus having to go in and erase your drawing or do a whole new drawing, so yeah, the possibilities…then in animation we always have changes, so it does help with the flexibility.

Does a movie being screened in 3D have any effect on the way that you approach the animation?

No, no. The most important thing as animators at Pixar is that we're giving the director what he needs for the story, so the story is always what grounds whatever decision we make. Any of the creative choices are always going off of what, in this case, what Pete Sohn was thinking for the story and for that actual moment in the story.

Arlo and Spot are in some major danger. Courtesy Walt Disney Pictures/Pixar

Can you talk me through the basic process of animating a film like The Good Dinosaur?

After initial meetings with the director, we would do a storyboard process, which would then go up onto story reels where you would see the whole film in storyboards. We'd have some audio, which might be some temp audio that could be even be done by people in the studio, until we were able to get the professional voice talent. Once that story's in a good place, then that will go into all the different production departments. Then we'd go into what's called layout, which then would give us the camera moves and the environment that we need to animate.

Then it gets into the animation department, and that's where we'll reference the storyboards and work directly with Pete Sohn and the animation team. That's what I do exclusively. The animators are kind of the actors, so it's our job to make the characters walk, talk, feel happy, feel sad. That's a fun experience because as animators, we collaborate quite a bit within the department and see how we can get the best performances for what Pete is looking for. As animators, our job as actors is to give Pete a lot of options, a lot of different options for the scene, the emotion that he and his storyboard crew were going for. After animation is done, it'll go on to the different departments, like effects and lighting, and then it'll eventually turn out to that beautiful image that you see at the end of the process up on the film.

What do you think it is that Pixar is doing right at the moment? The Good Dinosaur is tracking to be potentially a bigger hit than Inside Out. What's happening over there?

I think it's what drew me to the studio. It's a very artist-driven studio, and it doesn't matter what the department is, it's always encouraged to bring something personal to the film. I was always drawn to The Good Dinosaur because of the intimate story on this vast landscape. It really boils down to this sort of relationship between a boy and his dog, but in this case, the boy is the dinosaur and the dog is this little human boy. The backdrop has this vast landscape of adventure and danger and beauty all at the same time. I think, for me, it's that intimate story. 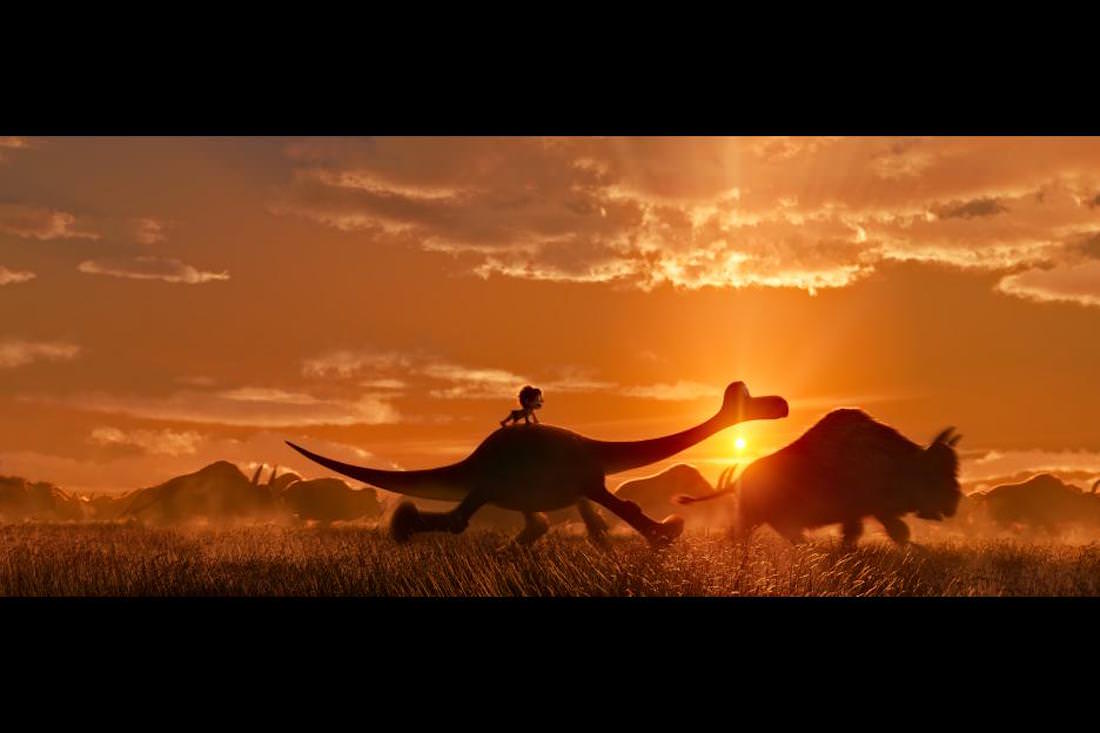 A boy and his dog—in this case, the boy is Arlo the dinosaur and his dog is Spot, the human boy. Courtesy Walt Disney Pictures/Pixar

What's the film that you're most proud of working on?

I would have to say The Good Dinosaur right now, because there's a lot of action and physicality with some of these dinosaurs, but there's also a lot of very quiet, intimate moments, and a lot of emotion being conveyed, and acting being conveyed with minimal dialogue. Also, between the two characters sometimes, where you're just in the moment with them, and you have time to breathe and experience it. I think it has really beautiful moments in it.

What sort of inspired you to become an animator in the first place?

I always loved to draw, and I was one of those students in school that was getting in trouble for doodling on his notebook, and then I eventually remember seeing a re-release of The Jungle Book as a kid. It really blew my mind to see these drawings moving. Eventually after high school I got to meet an old Disney animator named Milt Neil and he was an old Donald Duck animator and worked on Fantasia and some of the other films. That inspired me and kept me on the right track, and I eventually moved from New Jersey to Los Angeles and met a bunch of animators around my age, but they were about 20 years ahead of me in animation, so I had to really get my game together. It was the fact that I always loved to draw, and the support from my mom and family. They were always saying, ‘You can do it,’. And at that time, animation wasn't very big. That was back in the early '90s, so it was definitely a gamble on my mom's part to be supporting me in that way.

Do you have any nostalgia for the time where it was all done by hand?

I do. I really do miss the drawing aspect of it. I do use it in my workflow now, and we have our proprietary software called Presto at Pixar, and we have a nice draw tool where I can go in and I can hand draw my scenes and get those ideas up in front of the director, and Pete is an old hand drawn animator also, so he loves seeing that stuff. I'm still able to fall back onto those old chops, if you will. It is fun, so I get the benefit of doing that, but also some of the luxury of the technology.

Where do you see the technology going? Are you worried about using some of that original spirit of animation?

I love to see the tools evolve, and I think any true artist loves to keep evolving and growing. This technology, I think, encourages that. I think if you have the right philosophy for it, because in all honesty, animation isn't easy. It doesn't matter what format. That's what draws me to it, also. If it was easy, anyone could do it. I love those challenges that come with animation and learning the new tools that may be able to help communicate what we're trying to do a little better.