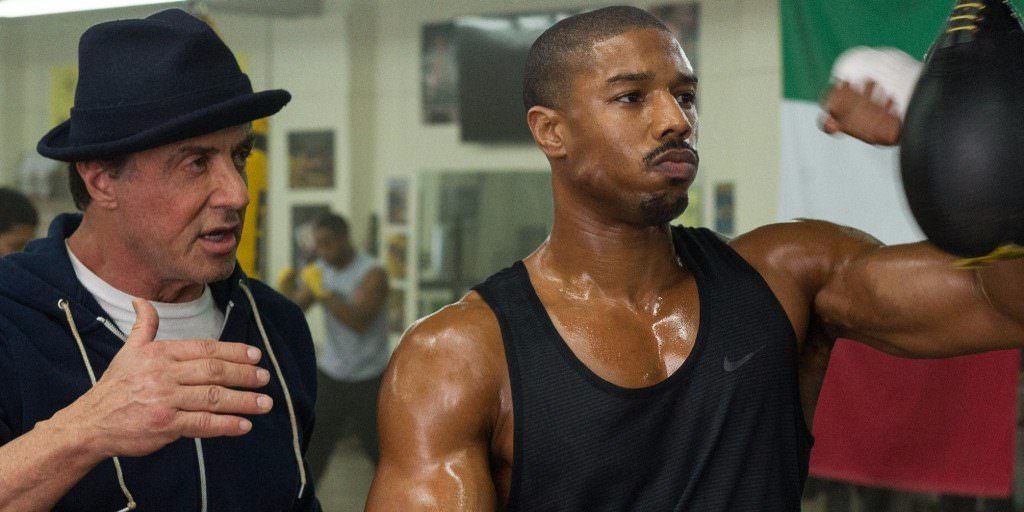 Before Creed, There Was Carl Weathers’ Iconic Performance as his Father, Apollo

Reinvigorating a franchise that most would have considered down for the count, Ryan Coogler’s Creed passes the baton from Rocky Balboa to the next generation with Michael B Jordan’s Adonis Creed, son of Rocky’s amiable nemesis Apollo. This time, finding Sly back in the ring only to train the young man hell bent on restoring his father’s fearless reputation.

While Creed is obviously a finely-tuned beast of the 21st century, it’s important to know Apollo Creed’s history, including his initial rivalry with Balboa, his victories and his ultimate fall from grace. Here’s all we know about Apollo Creed during his life in Rocky – Rocky IV.

Entering the Rocky franchise as reigning heavyweight champion, Apollo Creed, “The Master of Disaster” is known beyond his undisputed skill in the ring for being a vocal and theatrical contender modeled on the real life all-star boxer Muhammad Ali. When the charismatic champion touches down in Philadelphia for a Bicentennial fight against the state’s number-one fighter, he is forced to choose a new opponent after his intended foe sustains a broken hand. Drawn largely by Rocky’s reputation and “Italian Stallion” nickname, Creed challenges him to the Bicentennial, swearing a knock-out in three rounds or less.

Entering the ring at first with characteristic jovial cockiness, Creed is shocked by Rocky’s strength, getting knocked down in the first round with a single uppercut.

With Creed as an undisputed fighting machine and Rocky able to absorb endless blows, the two fight through 15 record breaking rounds, with Creed sustaining internal bleeding and Rocky a grotesque eye injury. At the end of the fight, the both of them are so beaten down that when the decision comes down to a split in favor of Creed, the two vow never to rematch.

In Stallone’s follow-up, Creed proves to be a man of conflicting words when he demands an immediate rematch with the Italian fighter, insistent upon cementing his title as heavyweight champion. Initially becoming the clear winner during the fight, Rocky eventually knocks Creed down with a driving left, and the two hit the mat at the same time. When Rocky is able to pull himself up before the countdown, he nabs Creed’s title, leading him to retire soon after, finally recognizing Rocky’s fighting abilities.

In the third Rocky iteration, Creed attends a fight between Rocky and a cocky young athlete. But when he is unceremoniously waved away by the contender, Apollo steps up to become Rocky’s trainer, hoping to lead Rocky to victory. Eventually, the two become quite close as Apollo trains Rocky back to his fighting self. At the fight, Apollo gives Rocky his signature fighting colors to wear for luck, and he regains his reputation in a three-round knockout. At the film’s end, Apollo challenges Rocky to one more fight, this time as friends.

The fourth film sees Creed surprisingly return from retirement to fight a massive Russian opponent, in the name of defending America’s reputation. But as Apollo dances in his iconic red, white and blue shorts, the mammoth fighter delivers a ringing blow that kills Apollo, and he breathes his last as Rocky holds him in his arms.

Despite Creed’s demise early in the fourth film, Rocky’s friend and eternal opponent remains a present force in his life, with Rocky always fighting in the shadow of his great and fallen friend.

Creed follows Adonis, Apollo’s orphaned son, who grew up in the shadow of his father’s fame. Drifting through juvenile detention and prize fighting before ultimately tracking down Rocky to whip him into shape, Adonis is determined to defend his father’s reputation while earning a place for himself in a sport that so often pushed him away. If it seems as though Creed exited the series too early, Coogler’s Creed looks to pay enough homage to Carl Weathers’ enduring performance. While it’s too early to tell just where Creed will wind up in the Rocky canon, the reviews have been more or less gushing. It's fitting that the most legendary sports franchise of all time is shifting the spotlight from the Italian Stallion who started it all to the younger Creed, played by a rising star in Jordan and directed by another rising star in Coogler. While you could have been forgiven for having given up on Rocky after Rocky V or Rocky Balboa, Creed promises to bring old fans back and create a generation of new ones.