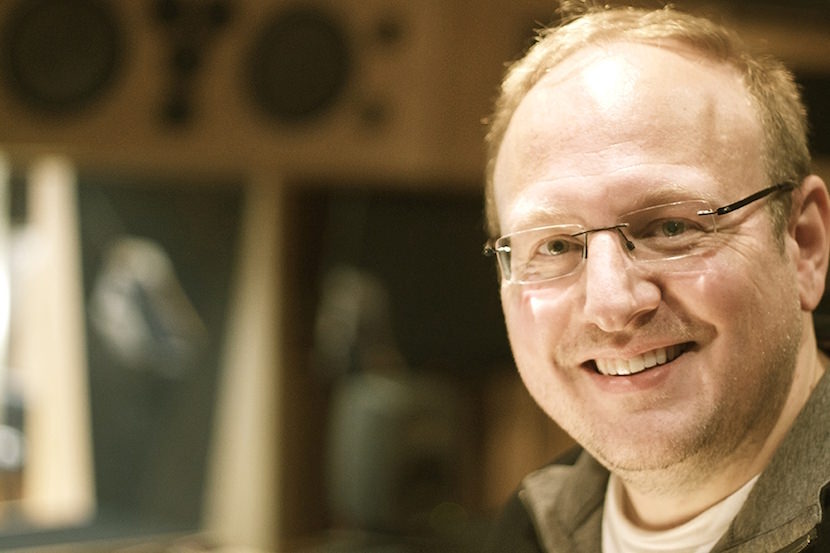 The upcoming documentary The Seer: A Conversation With Wendell Berry– directed by Laura Dunn with executive producers Terrence Malick and Robert Redford- tells the story of small generational farmers in Kentucky through the eyes of the poet, writer, activist and farmer Wendell Berry. We talk to the composer Kerry Muzzey about scoring the film and how he got over his initial fears.

You’ve said that you felt like the score for this documentary needed to be Americana, without being blatantly Americana. How do you go about achieving that?

I think when you say Americana most people instantly think of Aaron Copland and Appalachian Spring and you think of this very grand vista or something super romantic. The problem is that music that big doesn't work for something that's done on an intimate scale, especially a documentary. If you're scoring a drama or a big romantic film you expect big romantic music and the audience is buying into that, that's what they're there for. But in a documentary it has to be very scaled back, so that you don't overwhelm the picture.

And I suppose in a documentary people are more susceptible to feeling manipulated in a way because it's supposed be real?

Exactly. And as cheesy as it sounds to say that the music has to be honest and organic; it really does have to be honest and organic. It was a very weird, fine line to figure out because the material itself, if you just watch the film without any music, it's beautiful, it's really moving, it's very human and touching. When I started it I jumped in guns blazing and it was really beautiful and really gorgeous and I was going to serve you up a plate of gorgeous with this music. And then the next morning I watched what I had done and I was like, ‘whoa!’—I needed to rein in my excitement and I really had to scale it back. The score had to stay a bit aloof, so that it didn't manipulate the viewer.

And you don’t want it to compete with what’s already there?

Exactly. Laura's style with music is definitely less is more. So it involved a lot of stepping back, taking a few breaths, letting things slow down a little bit, because its kind of the opposite of scoring TV or film where you're always trying to punch up the pace and you're trying to energize things. This really was allowed to sit back and support.

And is that something that you've found- because you've worked on films, TV, and documentaries- are there standard ways to approach each?

That's a good question. The place where people are going to view it actually matters because of the scale of the music. If you're scoring for TV there can't be a theatrical sized score because it just feels too big. If you watch really good TV shows and listen to the score you'll notice that essentially there's not a whole lot of things going on. If it's an action-type score but it's not a huge orchestra and huge percussion, it's very focused. But if you take a score that's that small and that focused in scale and put it up against a big superhero film in the theater it's going to fall completely flat. It's too small.

TV scoring has a lot to do with giving cues to the audience, right?

Right, or you're following the action or, in some cases, I don't know how much this happens for TV but on some of the film stuff I've worked on…because you're the last guy in the food chain sometimes you're playing fix-it, like, "We're lagging a bit here in this portion can you speed it up a little bit with the music?" Or, "It wasn't the actor's best day, can could you give it a little extra punch with music?" Whereas, with a documentary, especially this one, there was nothing to fix. It was a little bit intimidating because it really was beautiful material. To have to keep stripping back and do something that's a little bit quieter, or a little bit more intimate, was actually a challenge. There was nothing about helping the pace or fixing anything, it was all just trying to do something that did justice to the picture but didn't overwhelm it.

It was. I went from being super excited after I watched it the first time and thinking, "Oh my god, I actually get to score this?" And then the crushing fear hits you.

What if I'm the one that ruins it?

You just nailed it. That's exactly it. It was mine to ruin. But this is where it's actually really good to have a director who loves music and is so specific about music. Because when you're immersed in the music and the picture 12 hours a day, every single day, and you're just working on it, you need that person who is above it all, like a coach, to nudge you in the right direction.

With your other projects like The Candlepark Stars, which you've described as cinematic post-rock, and your album The Architect, which did amazingly well, those sort of creative outlets … do they influence your scoring work?

Yes, definitely. I'm a classically trained guy with a degree in classical piano, so anything I write is going to tend towards traditional film score with classical overtones. The Architect that's just something I wanted to do for a long time and I finally made myself do it. I dipped into my savings account to pay for the whole thing and took myself out of commission for a couple months to write it because I just decided: I want to do this, I've always wanted to do this, I'm going to put this on the schedule and make myself do it. The Candlepark Stars came about in 2009. I had just gotten a little tired of hearing myself and writing the same type of music over and over. It was feeling very same-y, it was just too much of the same thing, and it was at the same time that I discovered Explosions in the Sky, which is a post-rock band that originally did the score for the movie Friday Night Lights.

Oh right, and their sound inspired you?

Yeah, it's very pared-down electric guitars and drums but incredibly emotional stuff. It's really, really good. I wanted to try that. I wanted to try doing something like that with a new musical vocabulary. Throw the orchestra out the window and do something with electric guitars and texture and things that I didn't normally work with. But what happened is that I sort of recreated an orchestral template but using electric guitars and synthesizers, and the result ended up sounding like post-rock music if it were retrofitted into a movie. So it does have this definite cinematic feeling but it's not an orchestra.

And now you’re armed with different skills when you approach your scoring work?

Totally. Partly because I'm not afraid of a different palette because I've done that stuff, but also it just felt really good to write it. There was no form, there were no delivery specs, I was just doing it for fun. And when it came time to release it I figured I would just put it out under my own name and a music supervisor friend told me,"You can't do that because it's going to confuse people. You're going to look like you're trying to be a Jack-of-all-trades. Just do a pen name, like the way that Stephen King writes as Richard Bachman. And people know it's Stephen King but they know it's not going to be horror, it's going to be fiction. So I did that with Candlepark Stars just to keep it separate and it's been good.

And what do you do if you have trouble finding the right sound for a film? Do you have any little tricks to get yourself in the right spot?

There's no trick for me, you just have to keep trying and keep asking yourself: Why isn't what I just did working? And then ask yourself: What is the thing that I'm emotionally responding to and how do I put that into music? It became these individual stories in the documentary, which are very personal and intimate and genuine. Because these are not over-the-top, reality-show characters, these are a handful of farmers who each have a set of different challenges to face, partly because big agriculture is taking over America's small farms. And as a generic tagline that probably doesn't sound super exciting, or it sounds very PBS'y, but when you watch it you realize the beauty that is in these simple stories.

So it’s a combination of a process of elimination and forcing yourself to really understand the story?

That's exactly what it is. I wish there was some magic, sage, wise answer to that but it really is all about throwing things at the picture and seeing what works and what doesn't and figuring out the musical vocabulary for that score. So the score ended up being mostly piano and solo cello because it was an intimate enough scale and it got across the feeling of warmth and the sense of heartland, without being cheesy heartland Americana.

And finally, what would you say your most satisfying scoring experience has been?

This one's a tie. The Seer and a short film I did a few years ago called Hole in the Paper Sky, which was the first film from Jessica Biel's production company. To this day I am so proud of the music I did for Hole in the Paper Sky that I miss it. I actually miss working on it. I finished The Seer just a couple months ago and I miss that too. I wish we could somehow have more time on it because it felt good to be working on that job. I think it's rare that you can say you worked on something that made you better at what you do, and these were good challenges in all the right ways. So I think those two are tied for my favorite gig right now. It's funny, once I'm done writing something I tend not to listen to it anymore but I still listen to the Hole in the Paper Sky score.