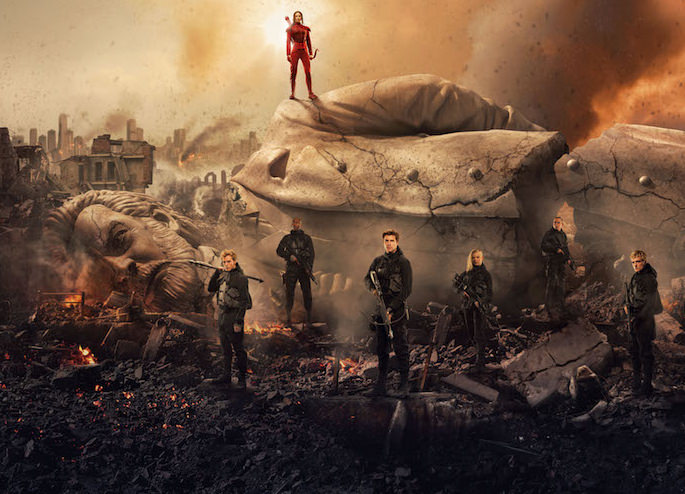 Maybe you heard last week that The New York Times is stepping into the virtual reality game via their new NYT VR, which promises to “simulate richly immersive scenes from across the globe.” Times subscribers can download the app, or, they can use the Google Cardboard virtual reality viewer.” The point, virtual reality is becoming a reality across our media landscape, and when the paper of record is betting big on the technology, you can be sure it means they seem something of inherent value in it.

For filmmakers, virtual reality offers a potentially brand new way of telling stories. While we may not have had a full scale, feature length virtual reality film yet, filmmakers and studios have been expanding the way VR can help them show off the worlds they’ve built for fans and their insatiable appetite for more information, in whatever form, about the film’s they love.

Lionsgate has done just that with this new VR experience for fans of The Hunger Games: Mockingjay Part 2. Give it a test run and let us know what you think. Here’s Lionsgate’s take on their new VR: This is a VR video—a brand new kind of video that gives you a sense of depth in every direction so you feel like you’re actually there. For full effect, watch it in a Google Cardboard viewer (g.co/cardboard)…immerse yourself in a 360° narrative that explores key moments from throughout Katniss’ journey, across all four films in the series. Soar through iconic environments and scenes from throughout Panem, encountering your favorite characters and witnessing the global phenomenon from within.”