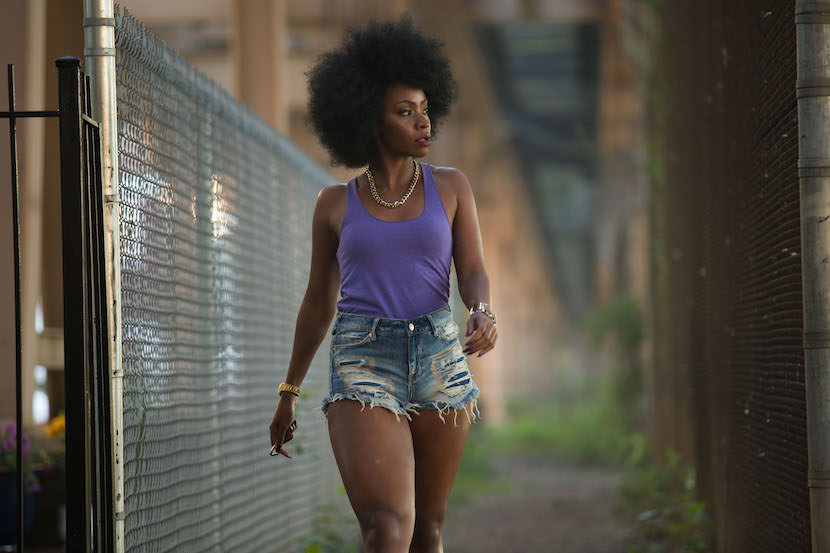 Check out the First Trailer for Spike Lee’s Chi-Raq

Spike Lee's upcoming film Chi-Raq, whose title was born from the report that homicides in Chicago surpassed the death toll of American Special Forces operations in Iraq, looks at the troubling violence through the lens of the ancient Greek playwright Aristophanes' comedy "Lysistrata." Written in 411 BC, "Lysistrata" tracked one woman's extraordinary mission to end the Peloponnesian War. Her ingenious plan was to persuade the women of Greece to withhold sexual privileges from their lovers and husbands until they ended the war.

Lee and co-writer Kevin Willmott have moved the action to modern day Chicago, and given the role of Lysistrata to Teyonah Parris (Dear White People, They Came Together), who convinces women in the city to withhold sex from their men until the gang killing stops. Chi-Raq's cast, as in all Lee's films, is excellent; Nick Cannon, Wesley Snipes, Angela Bassett, Samuel L. Jackson, Jennifer Hudson and John Cusack to name a few. The subject matter couldn't be more timely, and as this first trailer indicates, Lee's bringing heart, humor and his considerable skills to looking at a real problem in America, something he's done throughout his career.

The film will get a limited release on December 4, followed by a release on Amazon Instant Video. Check out the trailer below.