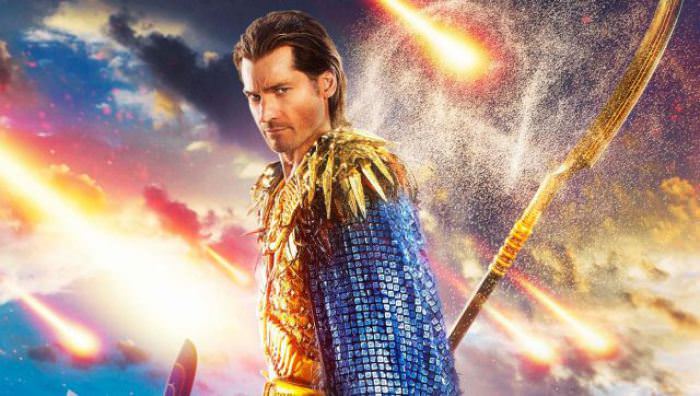 Check out the Bonkers Trailer for Gods of Egypt

The ambitious director Alex Proyas (Dark City, I, Robot, Knowing) has assembled quite the cast for his epic, insane-looking Gods of Egypt. There's something wonderfully refreshing about what looks to be a totally gonzo approach to telling the story of Egyptian gods going deity-y-deity in a nation-shaking battle. Starring Gerard Butler(300) as the evil god Set versus Nikolaj Coster-Waldau (Game of Thrones) as the falcon-headed god Horus, the first trailer for Gods of Egypt is deliriously bonkers. It's not often you get an eye-gouging in the first 45 seconds of a teaser.

The cast includes Chadwick Boseman (Get On Up), Elodie Yung (Daredevil), Courtney Eaton (Mad Max: Fury Road), and Brenton Thwaites (The Giver), and everyone appears to be fully buying into Proyas's maximalist approach. While the character posters that were recently released drew a lot of mocking commentary from the Internet (the title image of this post is one such poster), the trailer is sufficiently crazy, a little like Butler's turn in Zack Synder's 300, to give us hope that this is a popcorn movie at it's most absurd.

Check it out, and let us know what you think: