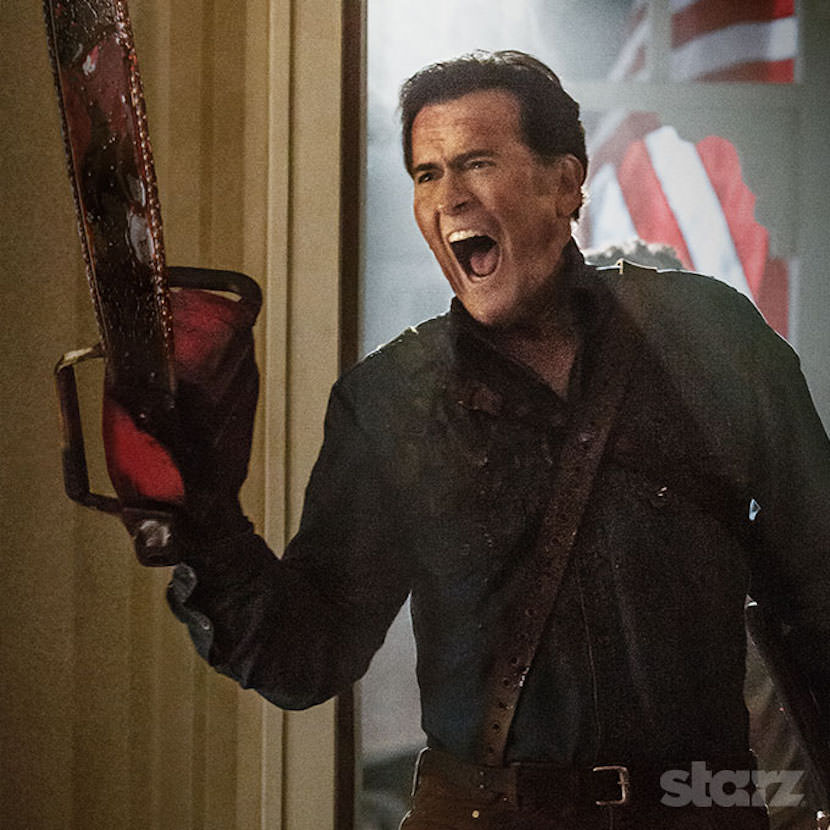 Around the Web: Ash vs. Evil Dead, The Force Awakens Chronology & More

The gang at iO9 is very bullish on Starz’s Ash vs. The Evil Dead, and we can see why. The official synopsis for the show is as follows: "Ash (Bruce Campbell), the stock boy, aging lothario and chainsaw-handed monster hunter who has spent the last 30 years avoiding responsibility, maturity and the terrors of the Evil Dead. When a Deadite plague threatens to destroy all of mankind, Ash is finally forced to face his demons –personal and literal. Destiny, it turns out, has no plans to release the unlikely hero from its “Evil” grip."

Slashfilm alerted us to editor and Star Wars fan Mike Vecchio's attempt to put all of the Force Awakens footage into what he thinks might be chronological order. Let's have a look:

Speaking of Star Wars, ever wish you could listen to composer John Williams classic Star Wars songs and themes without having to find illegally uploaded and poorly mixed versions online? Today's your lucky day—StarWars.com has notified us that Williams music has finally come to Spotify.

Vulture parsed Vin Diesel's nearly 16 minute Facebook video post where he talked about his upcoming projects, including Guardians of the Galaxy: Vol. 2.