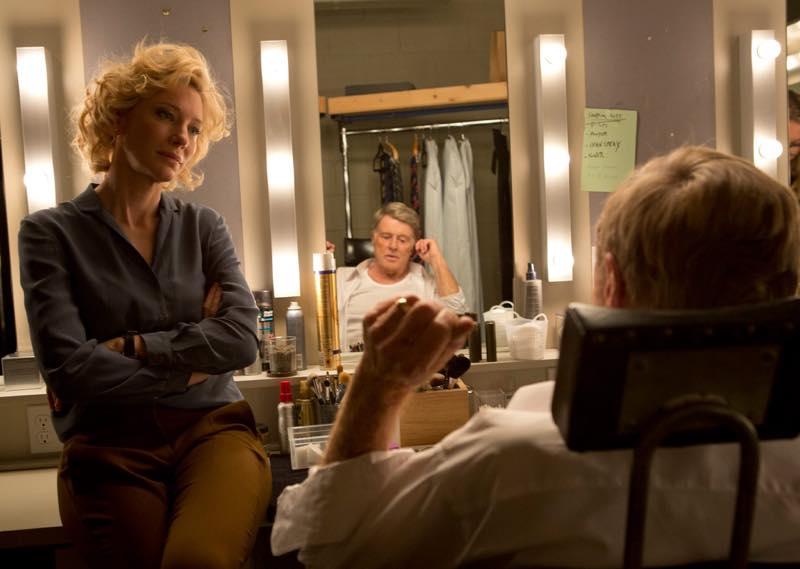 In Truth, opening Friday, writer and first time director James Vanderbilt, who wrote, among other scripts, the screenplay for Zodiac, has taken a tough, hard, look at the behind-the-scenes story of the CBS 60 Minutes II news staff that reported on President George W. Bush’s late 60’s and early 70’s National Guard duty in the run up to his re-election in 2004. It’s a compelling procedural which dramatizes the personal and professional costs of news reporting in the already fast paced TV news cycle at the historical moment when Internet blogging entered the political and cultural arena. It boasts stand out performances from Cate Blanchett as CBS News Producer Mary Mapes, Robert Redford as CBS News anchor Dan Rather, along with Elisabeth Moss, Topher Grace, Dennis Quaid, and Stacey Keach. We spoke to Vanderbilt about his experiences in crafting this powerful story for the screen.

Can you speak a little about your background and how you got into the business?

I grew up in Connecticut, and the movie business was this far away thing, both physically and mentally. I really wanted to be a writer, from the time I knew that that was an okay thing to grow up to be. I always wanted to tell stories. My father told bedtime stories, and he did all these voices, and I thought that was the most magical thing in the world. If you could hold somebody in the palm of your hand and tell them a story and then take them on a journey. That was always really exciting to me. It was a big film house and we watched stuff on TV all the time…I made my parents take me to the video store every week to rent Raiders Of The Lost Ark, so I rented the same movie every weekend, and watched it over and over again to figure out what the magic trick was. And I’d look at the timer on the player while watching the movie, and I say, “ok, this happens 12 minutes into the movie, interesting.’ And that’s how I kind of started to learn about act structure. There always seemed to be something happening 10-15 minutes into the movies, complications, someone would come into the room and say ‘Dr. Jones, we’ve gotta go…there’s this ark.’ So that was kind of how I learned structure.

I went out to USC for college, I did not get into the film school initially, I was in the General Education program. I met a wonderful guy named Chris Fedak, who was in the writing program there, and he wrote me a recommendation for the undergraduate film-writing program there and helped me get into the film school. He went on to write a TV series called Chuck, and he’s one of my best friends now. And then around the time I was graduating my manager [who had just signed Vanderbilt] sold my first script. And I was so lucky in that I graduated on a Saturday and my first meeting at a studio was on a Monday. 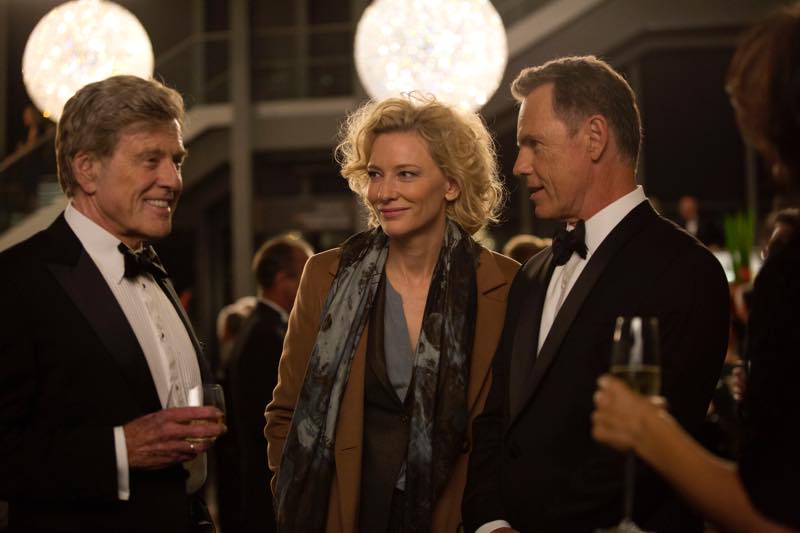 What attracted you to this story?

I have always been interested in journalism. If I hadn’t been able get into movies, that was the one thing I was interested in doing because it’s another form of writing, it’s another form of telling a story, and I was always fascinated with that world. I had just finished working on Zodiac, which was the great creative experience for me up to that point, and I had watched David Fincher directing, which was incredible. I had never really thought about directing till then, but watching him do it, I sort of went ‘I wonder if this is something I’d like to try,’ or ‘I wonder if this is something I’d like to do much less well than the man in front of me!’ He made it feel so tangible in a way. And he was so great with me as a writer; it was a fantastic experience for me. And so I started thinking about trying to direct.

I was looking for the thing I wanted to write to direct, and I came across Mary Mapes’s book, "Truth and Duty: The Press, the President, and the Privilege of Power," which was excerpted in Vanity Fair magazine, and after I read the excerpt I immediately went out and bought the book and read it and I was fascinated by the story, because I was amazed by how much I didn’t know about something I thought I knew a lot about, journalism. 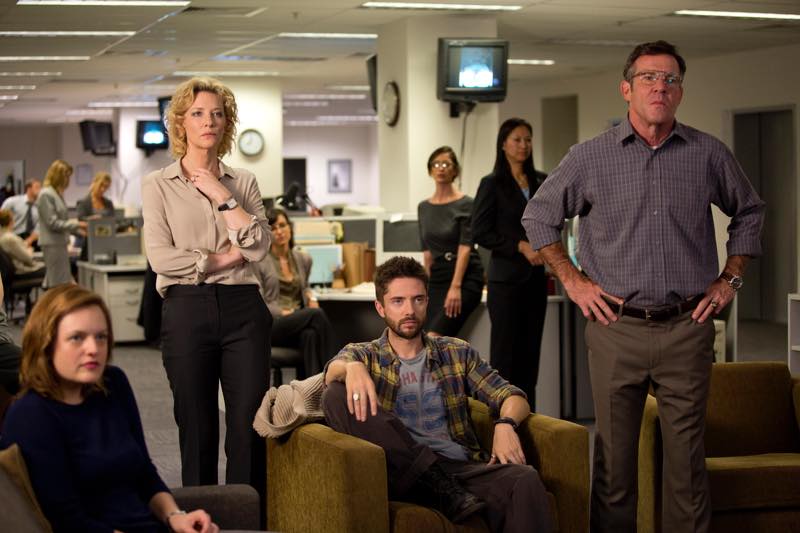 I love process movies, procedurals, movies that teach you about how things work. I love the idea of going behind the curtain on something. I didn’t know how a television news program worked, I didn’t know what specifically the producer did [Mapes’s role at CBS], what their job was. When I was growing up you’d probably think its Dan Rather knocking on doors and making those phone calls, but that’s not how it works. So telling the story from the perspective of the producer was fascinating to me. Also this was such an interesting moment in the history of journalism…a real moment of change compared to what I grew up with, the three TV network anchors, these three gods, and this is where you got your news, to now [starting in 2004] you can get your news anywhere, we’re walking around with a thousand different points of view in our pockets. This was one of those fulcrum moments that took us from then to now.

Was it difficult to find balance between the plot’s dramatic arc, the characters, and the procedural elements that initially attracted you?

My approach is always, what is the story? What is the journey for the character? Because that’s how we related to films. Even the best procedural films, you have to have an investment in the characters you’re watching.

I like a lot of information. I think exposition if done properly is – from a writer’s perspective – it’s an opportunity to illuminate character. Every screenwriter is trying to be Hemingway. A lot of information in the least amount of words, because there’s only so much real estate. And filmmaking is really, every scene has to do three or four things at once. There’s a scene pretty early in the movie where the characters talk about George W. Bush’s National Guard record, and it’s an exposition dump, it’s a four minute scene of Dennis Quaid’s character talking in the research room and saying all this stuff, but what’s actually going on under the scene is, all of these characters are meeting each other for the first time [Mary Mapes’s research team], and feeling each other out. So Elisabeth Moss’s character is meeting Dennis’s character for the first time and she says something to the effect of ‘who didn’t try to avoid the draft to go to Vietnam,’ and Dennis’s character says ‘me.’ So you learn something about that character and about their relationship, that they don’t know each other very well. That’s always the challenge, to make sure all of those characters really are alive, in scenes where you’re delivering a lot of exposition. 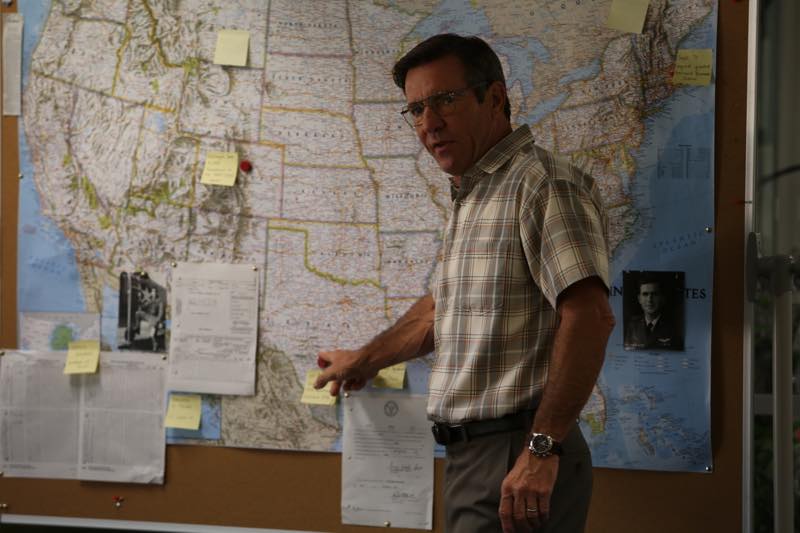 We talk sometimes about [how some movies are] – it’s a submarine movie in a sense – where a great submarine movie drops the audience into the middle of the submarine and doesn’t tell us what all the lingo means, we just have to pick it up as we go along following the story. But if you trust that the characters know what they’re talking about, then you can follow along with them.

Going back to Zodiac, given the similarities between it and Truth, both being procedurals with a great deal of info to convey, did you pick up anything watching Fincher direct that you used on your first feature?

Yeah, there’s a ton of stuff. How he conducts himself, how he works with the crew, was amazing to see. People want to work with him over and over again, not only because he’s a brilliant guy but also because of how he values the crew. There is a ‘we’re all in this together, we’re all putting on a show’ thing. He is, arguably, very ‘auteur-ish,’ and yet he’s not a guy walking around acting that way. He did not have a trailer on Zodiac, because he said ‘why would I be in a trailer? We’re all making the movie here.” And for this movie I was in my little trailer maybe twice the whole time, because I was saying ‘I’m not going to need that, my work is here [on set].’ So seeing that, and also, Fincher values everybody and wants them to do their job, and wants to enable them to do the best job they can. Where you can get into trouble is if you don’t do your job, because you’re expected to do your job. 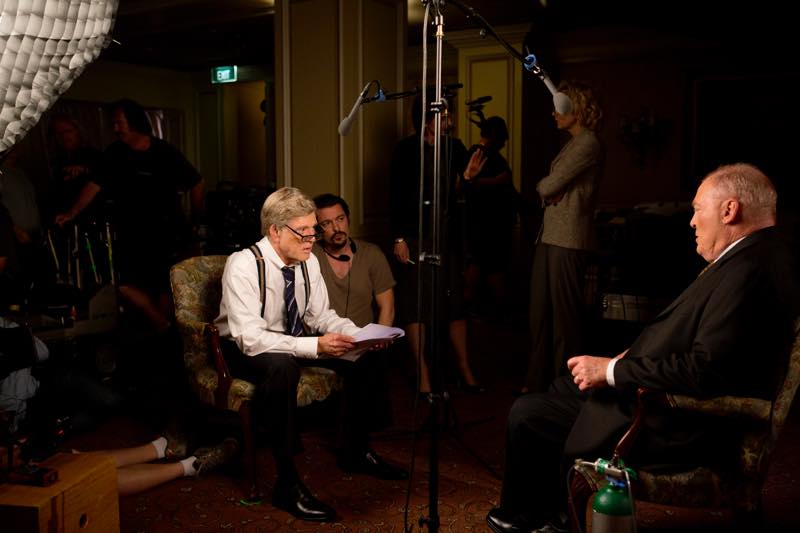 With me, he said, ‘you’re the writer, your job is to write the screenplay,’ and me going ‘so I’m not gonna get replaced?’ I had worked on a couple of Hollywood movies up to that point, and to varying different degrees, there’s always going to be a moment you get replaced, he was like, ‘No, you gotta write the movie, I’ve gotta direct the movie, you’ve gotta deliver.’ Again, it was like, we’re all in this together, and that spirit of camaraderie was really important to me – that you could strive to make great films with really cool people.

How was working with Cate Blanchett and Robert Redford as a first time director?

Working with them was a dream. It was amazing. They both work very hard, and that’s why they’re both so good at what they do. I said to myself very early on, being intimidated by them does them no favors. If I’m sitting there the whole time saying “Oh my god it’s Robert Redford,’ I’m not helping Robert Redford, that’s not what he wants me to do. He wants me to direct the picture and help him be as good as can. And it was a great way to make a movie for the first time, because, you don’t put Cate and Bob into a movie because you’re going to tell them everything to do, you hire them for a movie because of their acting brain, because of their instincts and insights into the characters. So I saw my job as a director as being able to give them a place for them to try explore the script and explore the characters. When something isn’t working, and they know when something isn’t working, my job is to go in and offer an adjustment here, maybe an adjustment there, but it’s really about all of you working together to find out the best version of the scene. As a first time director it was an incredible gift, so early on I said to myself I couldn’t be intimidated because I would be doing them a great disservice.