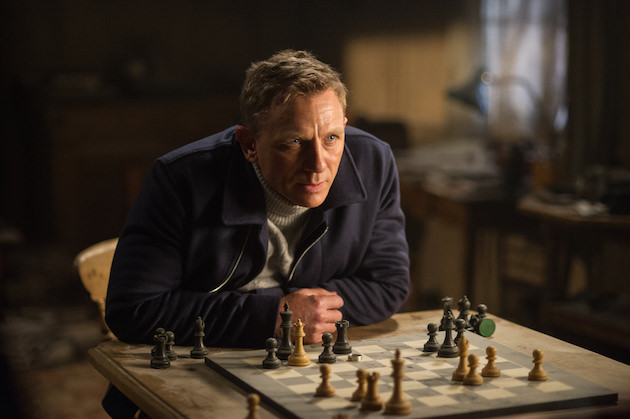 Earlier we shared the final Spectre trailer with you, and now here’s Sam Smith’s video for the film’s theme song, “Writing’s On the Wall.”

There's some new shots from the film for you to parse here, including a doozy of a kiss between Bond (Daniel Craig) and Lucia Sciarra (Monica Bellucci). There's also Bond sharing a moment with Madeleine Swann (Léa Seydoux), a psychologist kidnapped by Spectre, yet no damsel in distress in need of Bond to save her.

The video is dark. At one point, Smith sings in front of a row of coffins covered by the Union Jack, and there are silhouette shots of both Mr. Hinx (Dave Bautista) and Franz Oberhauser (Christoph Waltz), two men who plan on killing Bond, casting a somber undertone to the whole video. All in all, it's a beautiful piece of work, one that seems to be preparing us for more tragedy in Bond's future.

Smith's “Writing’s on the Wall” music video was posted via Vevo: