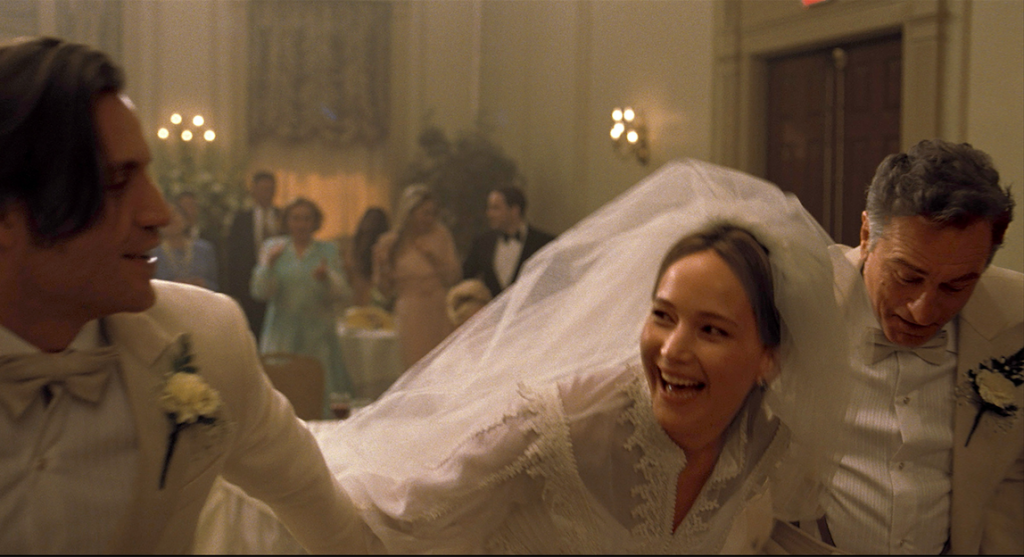 Director David O. Russell and star Jennifer Lawrence are carving out one of the most interesting collaborations in the film business. When Lawrence isn’t leading a righteous revolution as Katniss Everdeen in The Hunger Games or trying to start a mutant revolution as Mystique in X-Men, she’s sought out the juicy, complex, human roles offered by Russell. She won her Academy Award for her earthy performance in Russell's Silver Lining’s Playbook, and was nominated the very next year for playing a volatile housewife from hell in his American Hustle. They’ve re-teamed again for this December’s Joy, which follows its’ titular heroine from girl to young woman to powerful matriarch and boss of a family business. Co-starring her Silver Linings Playbook and American Hustle counterparts Bradley Cooper and Robert De Niro (he had a small, but crucial, part in the latter film), as well as top notch character actors Edgar Ramirez, Isabella Rossellini, Diane Ladd, and Virginia Madsen, Joy looks to be another genre defying film from one of the best director/actor teams currently working.

Joy comes out this Christmas. Check out the new trailer here: