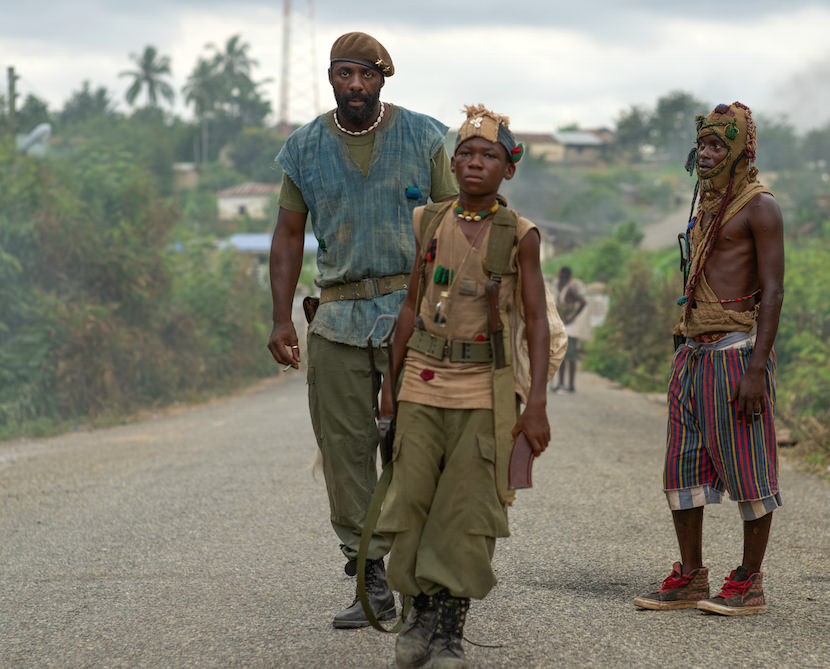 Netflix has released the final Beasts of No Nation trailer, and it’s as riveting as you’d expect a Cary Fukunaga directed, Idris Elba lead film would be. Based on the book by Uzodinma Iweala, the story centers on Agu (Abraham Attah), a child who becomes a soldier under the command of the beguiling, brutal Commandant (Idris Elba). Beasts of No Nation premiered at Venice, then went on to play in Telluride and Toronto, and the reaction of audience members and critics alike has been one of astonishment and, considering the subject matter, heartbreak. Writer-director-cinematographer Fukunaga (True Detective, Jane Eyre) is no stranger to films about young people in extremely difficult circumstances (check out his film Sin Nombre, about Central Americans making their way north to the U.S. border as an example), but Beasts of No Nation is easily his most ambitious and gut-wrenching effort to date.

This is Netflix’s first original film, and it’s being released via their streaming service this Friday, as well as in select theaters around the country. An honest, unflinching portrayal of a world in which ‘child soldier’ is not an oxymoron but an inescapable fact of life, it will be interesting to see how many people take on Beasts of No Nation. Let’s hope the answer is many, and that Netflix continues to put their money behind daring, original, and difficult stories that represent the broader world.

Check out the new Beasts of No Nation here:

TAGSBeasts of No Nation Front of Book Netflix Trailer