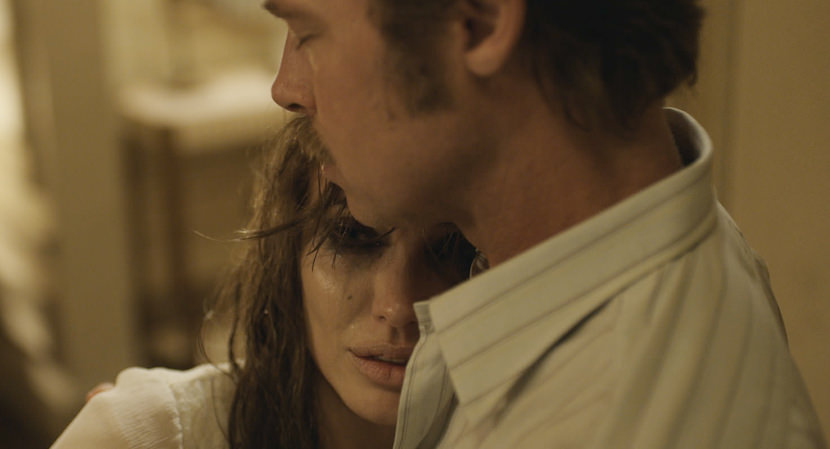 Trouble in Paradise: New Trailer for Angelina Jolie’s By the Sea

Talk about a massive shift from one film to the next—Angelina Jolie's third feature as a director, the experimental By the Sea, follows her adaptation of Lauren Hillenbrand's nonfiction bestseller Unbroken. From the WWII set Unbroken, which followed the incredible true story of Olympian, soldier and eventual POW Louis Zamperini, Jolie's tackled a dark, emotionally volatile story about the dissolution of a marriage between two people who happen to be exceedingly good looking and married in real life. Written and directed by Jolie, and co-starring her husband Brand Pitt, By the Sea's trailer and photos evince a lush, deeply felt and traumatic narrative. The film will bow at the AFI Fest next week, and from the small taste we've already gotten in the images and trailer below, count us among the intrigued.

By the Sea follows an American writer named Roland (Pitt) and his wife, Vanessa (Jolie Pitt), who arrive in a tranquil and picturesque seaside resort in 1970s France, their marriage in apparent crisis. As they spend time with fellow travelers, including young newlyweds Lea (Laurent) and François (Poupaud), and village locals Michel (Arestrup) and Patrice (Bohringer), the couple begins to come to terms with unresolved issues in their own lives.

And here's some of the talent amassed for the film: