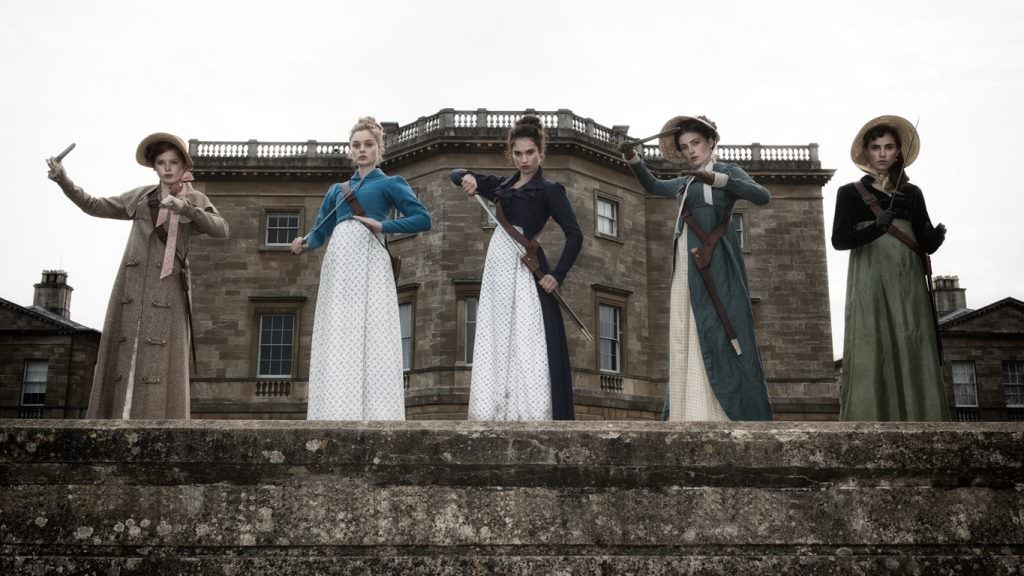 “A woman must have a thorough knowledge of singing, dancing and the art of war.”

When you think of Jane Austen you think of the landed English gentry of the 19th century, women dancing in long Empire-waisted dresses gossiping and plotting, and English class. If we were to play a word association game what would you say if we said “Pride and Prejudice” – you might say Mr. Darcy, Laurence Olivier, Colin Firth, the Bennet sisters, homework – well – how about Zombies. WHAT?

Today, Sony Pictures released the first full trailer for Pride + Prejudice + Zombies. This may not the story Jane Austen wrote, but you got to wonder if she wanted to with its commanding female leads. “It began with the Black Plague. Within week the dead began to rise, hunting for human flesh. Now the few of us who are left have only one way to survive. We must bring the fight to them. I’ve been training for this my whole life.”

This is an action thriller with powerful women, swordsmanship and perhaps a bit of ninja fighting that does not forget its Jane Austen Regency Period roots; the trailer is a lot of fun.

PPZ is due to hit the theaters February 2016.

“I shall never relinquish my sword for a ring… the right man wouldn’t ask me to.”