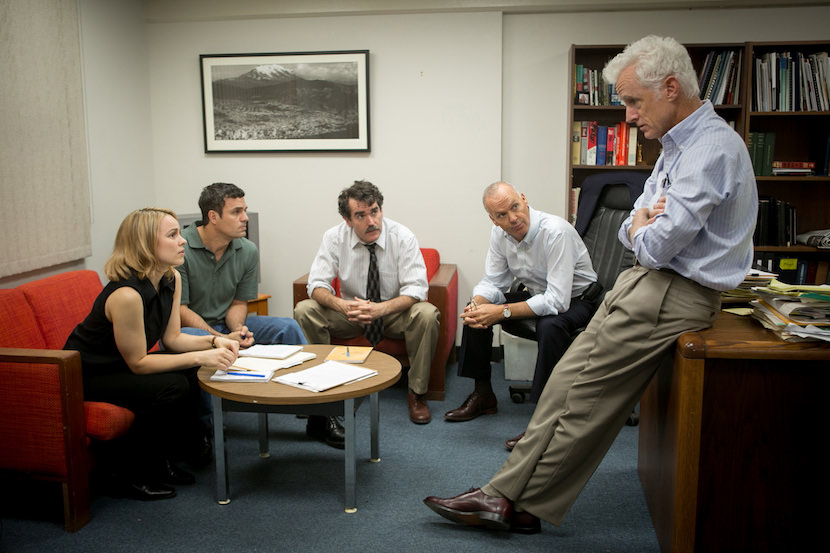 In it's third year, the Middleburg Film Festival is becoming a vibrant late festival season stop for filmmakers and film enthusiasts alike. Middleburg is in Virginia's horse country, and its beauty can hardly be improved upon in late October, but as much as a draw as the setting is, the festival itself, created by BET co-founder and Sundance Institute member Sheila Johnson and ably directed by Emmy and Peabody award-winning filmmaker Susan Koch, is drawing people for it's discerning slate and roster of talent.

Middleburg launched in 2013 with Alexander Payne's excellent Nebraska, with star Bruce Dern there in attendance. Since then, the festival has benefited from Johnson and Koch's deep roots in the film industry and their attention to films of substance over style. This year's slate was top lined by Tom McCarthy's brilliant, likely Oscar contender Spotlight, which focuses on the reporters and editors at the Boston Globe who pursued the Catholic Church in a decades long cover-up of more than 90 pedophile priests. After the Thursday night screening, Marty Baron, currently the Washington Post's Executive Editor and the former executive editor at the Globe, portrayed by Liev Schrieber in film, joined producer Steve Golin (Being John Malkovich, Eternal Sunshine of the Spotless Mind, Spotlight) in a discussion led by the Washington Post's Ann Hornaday about what it took to get this film made. They discussed, among other things, how refreshing, and rare, it was to focus a film on adults doing adult work, about a crucially important topic that hardly screams 'box office!' the way films about superheroes do.

Yet Spotlight was hardly the only film that took on adult topics with grace and substance. Let's start with director Andrew Haigh's (Weekend) slow-boil domestic drama 45 Years delivered a morning knockout punch (the first screening was at 10:30 a.m. on Friday), a haunting film about a sudden change in a nearly half-century long marriage with a stunning performance from Charlotte Rampling (yes, she deserves all the buzz about being an Oscar contender for Best Supporting Actress). There was Justin Kurzel’s Macbeth, which places Shakespeare's shortest, bloodiest tragedy into a viscerally evoked Scotland. And my god, where to begin with Charlie Kaufman's animated masterpiece Anamolisa? From the opening shot of some of the most beautiful clouds in recent film history to the twisting, comic, and (this being Kaufman) melancholic story about a customer service expert's existential meltdown on a business trip to Cincinnati. Then there was  Catherine Hardwicke's funny, heartbreaking Miss You Already, which filled the theater with laughter and tears.

As they've done the past two years, but to an even greater effect this year, Middleburg had a ton of big names to town. The festival has been celebrating below-the-line filmmakers since it's inception (last year, we got to speak with their two honorees, perennially Oscar nominated costume designer Colleen Atwood and composer Marco Beltrami), and this year, the honorees were longtime Coen brothers collaborator, composer Carter Burwell (Fargo, The Twilight Series, Carol), and cinematographer Dante Spinotti (X-Men: Last Stand, Public Enemies, the upcoming Beverly Hills Cop 4). They joined aforementioned director Catherine Hardwicke (read our interview with her here), film director and Empire creator Lee Daniels, actress Meg Ryan (promoting the world premiere of her directorial debut Ithaca) and actress Bo Derek, to name a few.

We'll have more coverage from the festival coming up over the next few days, including our take on Spotlight, 45 Years, Anomalisa and more.