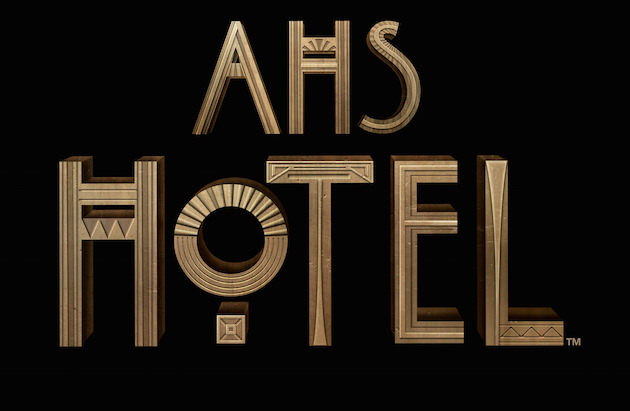 The premiere of Ryan Murphy and Brad Falchuk’s spine-chilling fifth season of the horror anthology American Horror Story is less than a week away. The newly released opening title sequence for AHS: Hotel is about as creepy as it gets. If you are someone like me, who does not deal well with horror movies and scary TV shows, you should watch between your fingers and then find a puppy to cuddle.

This title sequence for the AHS: Hotel is filled with clues to as to what is in store for us. The theme for this season is The Bible’s Ten Commandments. Each Commandment is flashed, out of order and in neon, and in-between are glimpses of things that go bump in the night and the names of the series’ starring actors.

Watching this opener, I got that same disturbed feeling I got the first time I watch The Shining—Stanley Kubrick’s masterful 1980 adaptation of the Stephen King novel – just about the most unsettling horror film of all time. It reminded me of little Danny Torrance riding his Big Wheel down the hall of the Overlook Hotel, repeatedly uttering, “Redrum." Something that was, on the surface, not freaky, became utterly unsettling in Kubrick's hands (then came the twin girls, both of course dead, and things became very clearly freaky). In the Hotel opening, monsters and skeletal creatures of the night are everywhere, and when we say everywhere, we mean it. They are not only under the bed and on the bed, but are coming out from inside the bed.

AHS is a 13-episode miniseries. Each season is distinct, so if you have not watched the series before you can jump right in. If this sequence is any indication, Season Five looks like it might be the scariest yet.