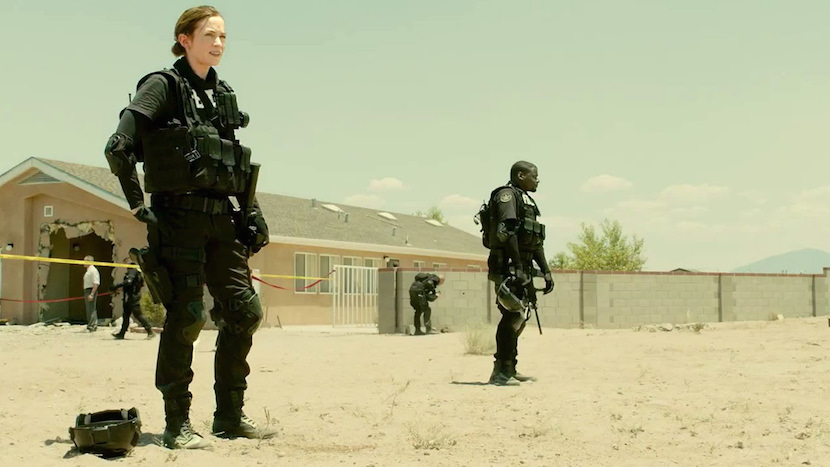 In 1995, cinematographer Roger Deakins — a man who had been working in the business for two decades — earned his first Oscar nomination for his work on the beloved Frank Darabont drama, The Shawshank Redemption. Now, twenty years later, Deakins has established himself as one of the most well-known and respected cinematographers in the world.

In the past two decades, he has been nominated for twelve Academy Awards for films as varied as Fargo, The Assassination of Jesse James by the Coward Robert Ford and The Reader. He’s never won the award but he has won the support and admiration of filmmakers like Joel and Ethan Coen, Angelina Jolie, and Sam Mendes.

Many of these directors have collaborated with Deakins on multiple occasions, knowing how valuable his visual style is in establishing the look and feel of their films. Deakin’s best known collaborators may be the Coen brothers, who have worked with him on more than ten films including highly-esteemed features like Fargo, O Brother, Where Art Thou?, The Man who Wasn’t There, No Country for Old Men, and True Grit. One of Deakins’ other frequent collaborators is director Sam Mendes. Deakins and Mendes worked together on the critically-praised films Jarhead, Revolutionary Road and Skyfall.

Deakins and Villeneuve worked on Prisoners together and reunited to work on the new action drama Sicario, which — after becoming a commercial and critical success in limited release —expanded its nationwide run in theaters this past weekend. The film stars Emily Blunt as an FBI agent who becomes embroiled in the intense drug war between the United States and Mexico. Since its release, the film has been earning such positive buzz and acclaim that a sequel is already being developed.

Although there are a few similarities between this new project and their previous collaboration Prisoners, creating the looks of these two films was extremely different.

In a recent Variety interview, Villeneuve talked about the visual differences between the two stating that in Prisoners, the team was “embracing the idea of shooting during Thanksgiving in the fall, that kind of depressing, dark light” while for Sicario, they “went for the harsh, brutal light of the Chihuahua Desert (in Mexico) — very harsh, very cruel sunlight.” But the new film has its darker-lit moments of violence as well and according to that same Variety article, during an underground raid scene “Deakins and Villeneuve used two different night-vision attachments employed by the military — one an infrared thermal system.”

Deakins is one of the few great cinematographers who can perfectly capture such divergent scenes. A look at his illustrious filmography attests to that. Deakins seems as prepared for working on smaller more intimate pictures like Dead Man Walking and A Beautiful Mind as he does working on larger-scale productions like Skyfall and Unbroken.

That latter film — which earned Deakins his twelfth Oscar nod this year— seemed to be one of the toughest films to pull off, considering how the visual identity of that movie changes throughout its two and a half hour running time. Telling the true story of Olympian Louis Zamperini, the movie sought to capture the overwhelming ordeals that hero had to face in his life. In that one film, Deakins had to visually capture the intensity of WWII military planes engaged in combat, the solitude of a boat lost at sea being overwhelmed by the sun’s bright rays and the grim despair of a Japanese prison where Zamperini was imprisoned for years. Each of those situations required a distinctive visual look but Deakins was able to pull the feat off and make the film’s visual changes seem seamless.

Because so many of Deakins’ films have been so different, it’s hard to evaluate Deakins’ personal visual style. What isn’t hard to appreciate though is the distinctive attention to detail and visual creativity he brings to his films and how the visual choices he makes help set the tone for his features.

During a recent interview with EW.com, Deakins stated that “an enormous amount of the mood and the atmosphere of the film comes from the script and the director” and that, as was the case with Sicario, the cinematographer often storyboards scenes with the director before production begins. “What [that] gives me,” he stated, “is a very clear idea of where [the director] wants to go with something, and the elements of a scene that are really important to him.”

It’s likely that the process will be the same for Deakins and Villeneuve when they team up once again to shoot the highly-anticipated Blade Runner sequel together. That film will be their third production together and will likely showcase these two collaborators bringing another visually-stunning film to the big screen.

In the meantime, it remains to be seen if Sicario will mark Deakins’ thirteenth Oscar nomination or his first win but we already know that Deakins’ work is already in a league of its own and deserves to remain there.