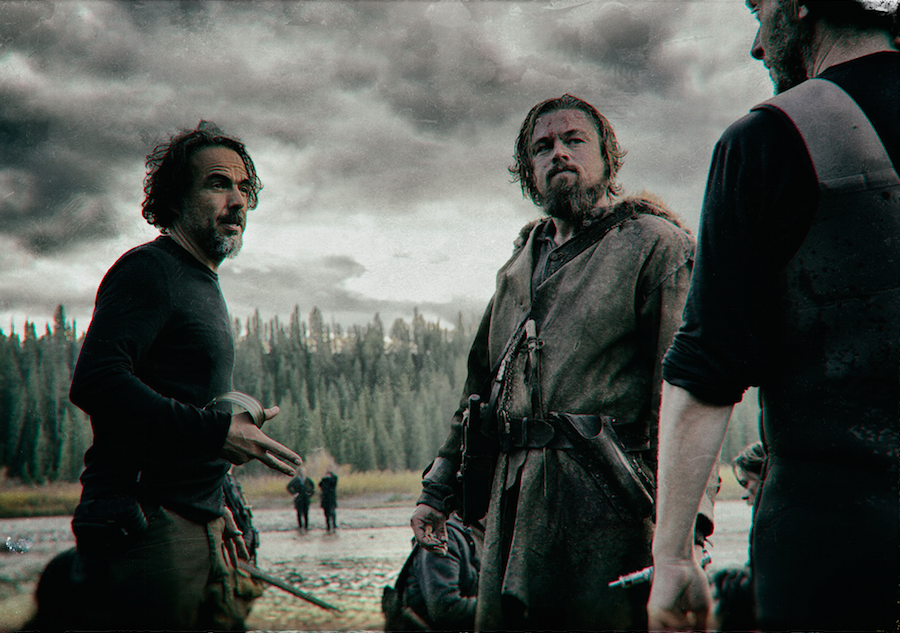 The Great ‘Chivo’ Reveals Photos From Set of The Revenant

Long before we interviewed cinematographer Emmanuel Lubezki, known to his friends and collaborators as Chivo, we've been huge fans of his work. The two time Oscar winner (and five time nominee) has put his indelible stamp on some of the most visually ambitious films of the last twenty years. While he's won Oscars the last two years for Birdman and Gravity (the film we interviewed him about), you could call up his IMDB page, close your eyes, and point at the screen and you'll likely find a truly singular piece of cinematic work beneath your fingertip. Children of Men, Tree of Life, Sleepy Hollow, A Little Princess—there's a reason he's one of the most sought after lensers in the business.

For his most recent project, he re-teamed with last year's Oscar winner for Best Director, Alejandro González Iñárritu (Birdman, Babel, 21 Grams) to film the survival story The Revenant. Based on a true story, The Revenant centers on trapper Hugh Glass's (Leonardo DiCaprio) quest for revenge after he's buried alive by his fellow trappers after a savage bear attack.

There's been a lot of stories floating around about the grueling conditions the film was shot in. These range from the trauma of filming in sub-zero temperatures in Canada and the mountains of Argentina, to the after-effects of vegetarian star Leonardo DiCaprio eating a bison’s liver, as he character does, and throwing it up, to some crew members walking off set. Anyone whose seen Birdman knows that Iñárritu and Lubezki aren't interested in half-measures, and as rough as these stories sound, one trusts that the resulting film will be unlike any we've seen before.

Now Chivo has shared some photos he took on set during that presumably brutal shoot. If they were in black and white (and not high-resolution), you'd think you were looking at photos of 19th century frontiersmen. Have a look: