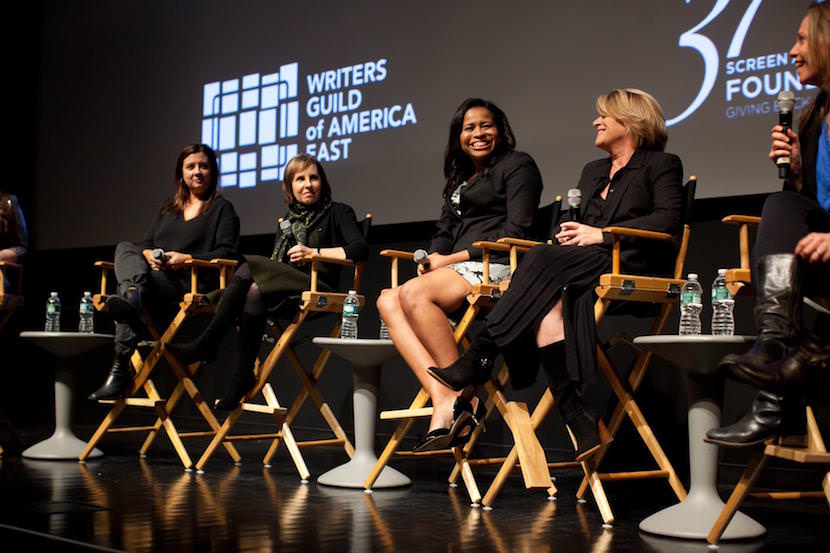 “I’d like for it not to be a thing when there are a bunch of women showrunners,“ she said. “And also not for it to be pointed out all the time, like ‘Isn’t it great that you’re black and you’re a woman?’ Isn’t it great that the show’s good? Does it matter? I know I’m bringing it up now but I would love for it not to be a thing; for it just to be super normal that a person who runs a show can also not be male.”

King pointed out: “I don’t think this was advertised as an all-female panel which I think is fantastic because they don’t advertise it when it’s an all-male panel.”

Kemp Agboh’s statement was a response to a question directed to the panel asking what would you change about television right now if you could “wave a magic wand”?

Breard responded: “I would like to see more women who are not 25. I think older women do funny things and are interesting. And I put myself in that category of older women. I’d like to see them on TV and having real lives.”

Kemp Agboh went on to express her desire to see more diversity on TV in general, particularly LGBT content that isn’t only created by “LGBT folk”.