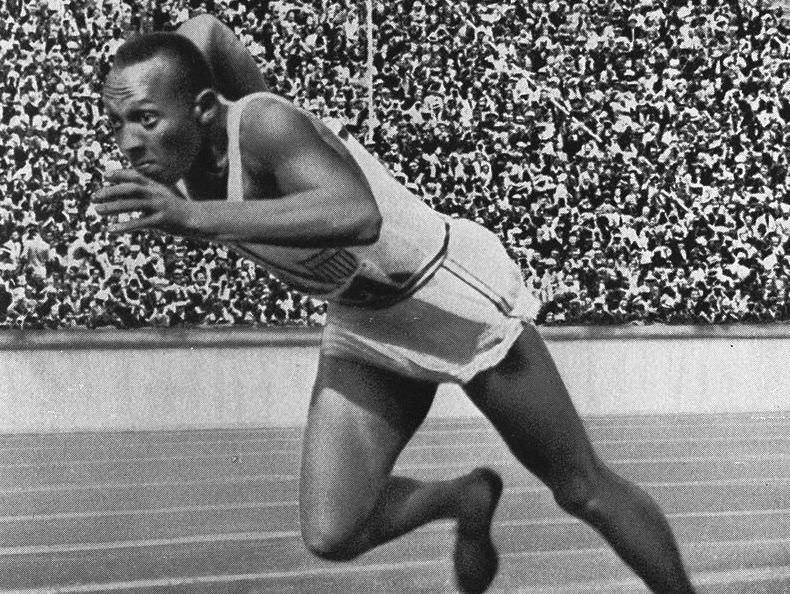 Race Chases the Man Who Changed History in 10.3 Seconds

Jesse Owens was already a legend before he took the world stage at the 1936 Olympics. A year prior he set three world records and tied another at the 1935 Big Ten track meet—in less than an hour. It was, and still is, "the greatest 45 minutes ever in sports."

Owens was the greatest track and field athlete alive, specializing in sprints, hurdles and long jumps. When he flew to Berlin to participate in the 1936 Olympics, he became the most iconic athlete in the world, and one of the enduring figures in sports history. Owens put the lie to Adolf Hitler’s vision of Aryan supremacy and the depiction of athletes of African descent as inferio. Owens didn't need to make any claims—he won four gold medals and proved to the world there was nothing inferior about him, or non-Aryan athletes, at all. Hitler refused to attend the medal ceremonies.

Today, Focus Features released a teaser for Race, Stephen Hopkins film about Owens journey to Berlin, starring Stephan James, a standout in Selma, as Owens. The teaser takes longer than it took Owens to stun Hitler (and delight Owens' many German fans), but in 15 seconds flat it still manages to give us the chills. Race is set for a February 19 release.